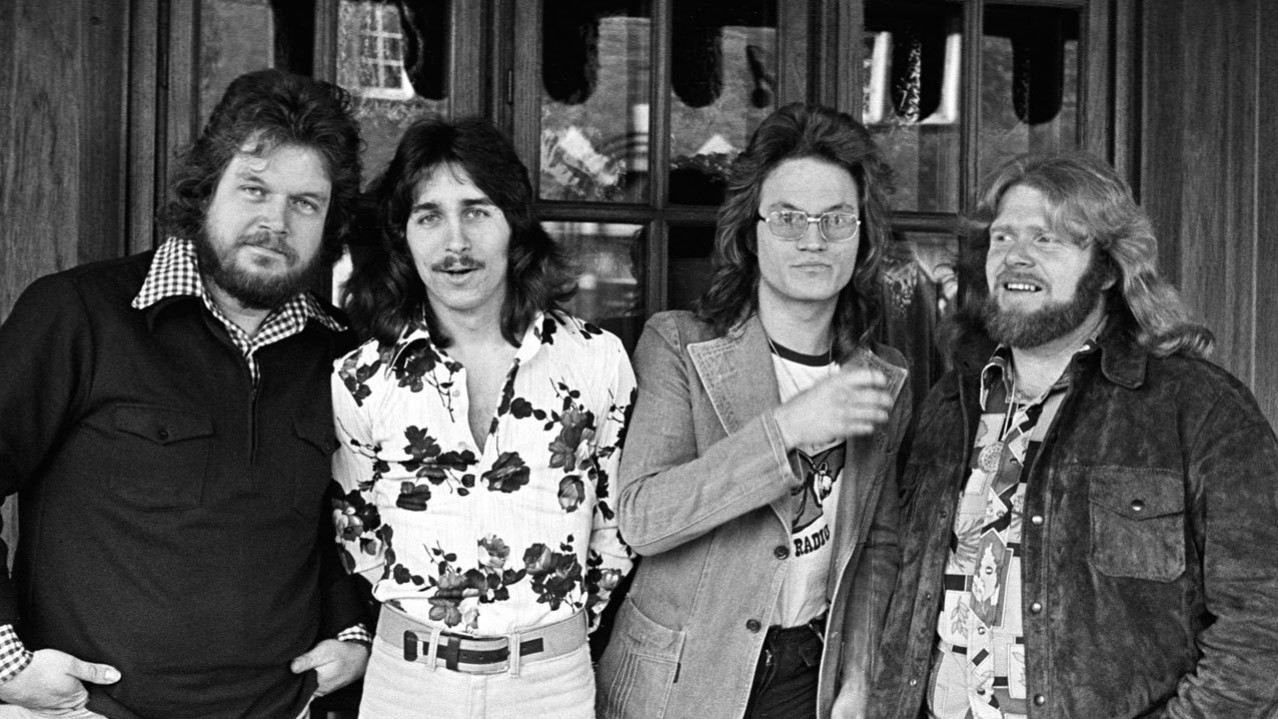 Today’s clue from RollingStone222 has been posted and solved and we have a brand new artist to Rocksmith and music games in general!

No GIF this week, just gotta solve the gears

After 55 posts, RollingStone222 noticed an error in his own puzzle, whoops! 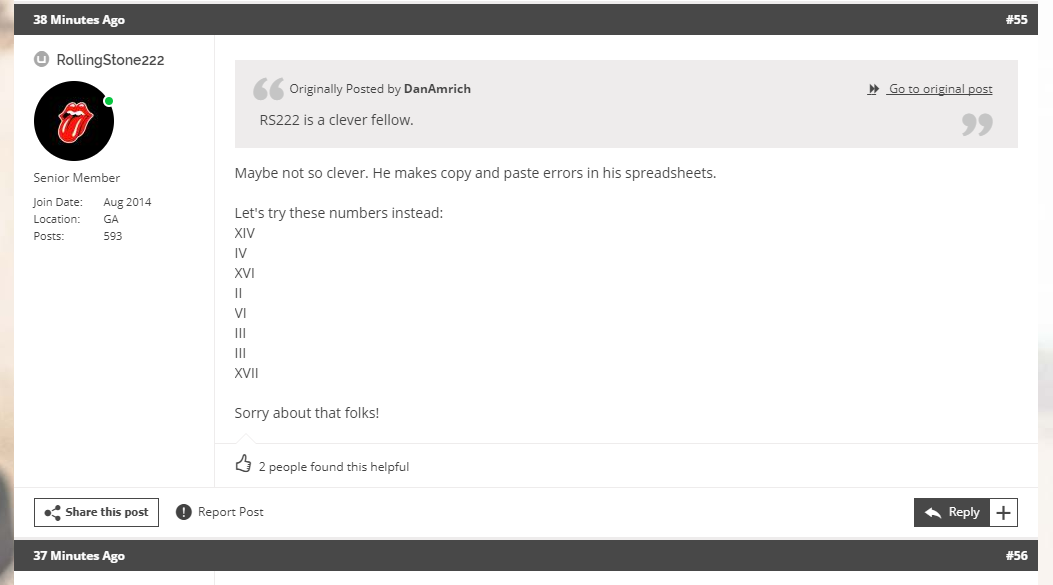 This got the forum members to take care of business

B-b-b-b-baby You Ain’t Seen Nothin’ Yet! 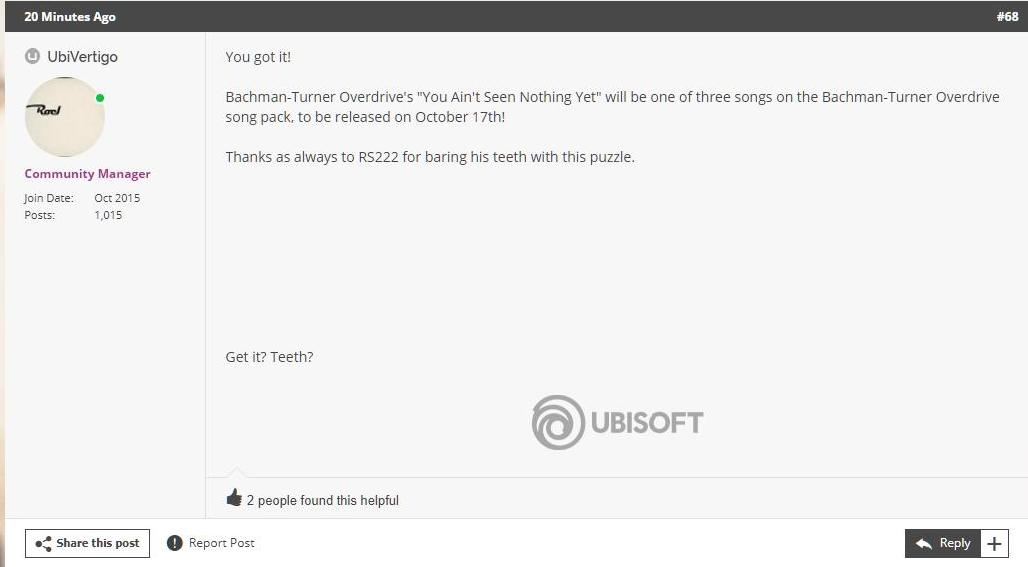 And it’s a three pack! Awesome!

What other two songs could fill out this BTO pack? Here’s some predictions

What follows is speculation (but this is probably the pack)

Is anyone else shocked it’s taken 12 years for this song to appear in a music game?

Get that rhythm tight

Maybe a single down the way?

I am super excited to have another Canadian band in the game, maybe it’ll be one step to my Guess Who Song Pack? (http://bit.ly/rsrequest). Are you excited as I am? Or is this a tasty classic rock riff letdown? Let us know!

Get a second-hand guitar, chances are you'll go far. Check back tomorrow for more from this self-employed group of fellows. pic.twitter.com/cgsCQRS6IN

Finally out of a slump. And yes -- more Guess Who would be great!

Now THIS IS more like it !!!
Roll on down the Highway & T.C.O.B. would make this an Excellent pack !!

This is awesome and totally makes up for last week in my book (lol). This is going to be 3 requests fulfilled for sure. Thanks Rocksmith!!!!!! ???

Rock is my life, and these are my songs.

Really? Not predicting Roll On Down The Highway?

Hey You sticks out more for me, but you’re right it should be noted

I’ve got 2 views on this. When I hear these songs on classic rock radio, for me they’ve always felt like filler songs similar to music from Golden Earring, Sugarloaf, Manfred Mann, and a few others. I usually hear this in between hits by monstrously famous artist like Hendrix, Zeppelin, Claption, VH, AC/DC etc. These songs are great, but I never knew (or was curious enough to look up) who played them. Definitely appreciate the eye-opener. Glad to see BTO make it to Rocksmith. (also glad to know the artist now.)

The other view is, this, served up with a generous helping of ZZ Top and a side of George Thorogood makes for great backyard barbecue music.

If Taking Care of Business is a part of the pack, I’m getting the whole thing.

Yhe CRTC is required to play Canadian stuff like this on the radio so in some ways, it is filler! However, once I actually tried to play the stuff I realized Bachman has some serious chops

Twilight Zone and Radar Love are two of the best classic rock songs ever.

NIce to see some music for the adults you know us old people whose generation actually knows what good music is.

So what would you be looking at? No Time, Undun, These Eyes?

I’d rather have Hand Me Down World over These Eyes

I’ll go request them for you 🙂 the more votes….

I heard “These Eyes” on the radio Friday night and my Rocksmith-sence started tingling. I thought it funny to see the song mentioned here, but it wasn’t until today that I realized it was co-written by Randy Bachman or that he had been a member of The Guess Who.