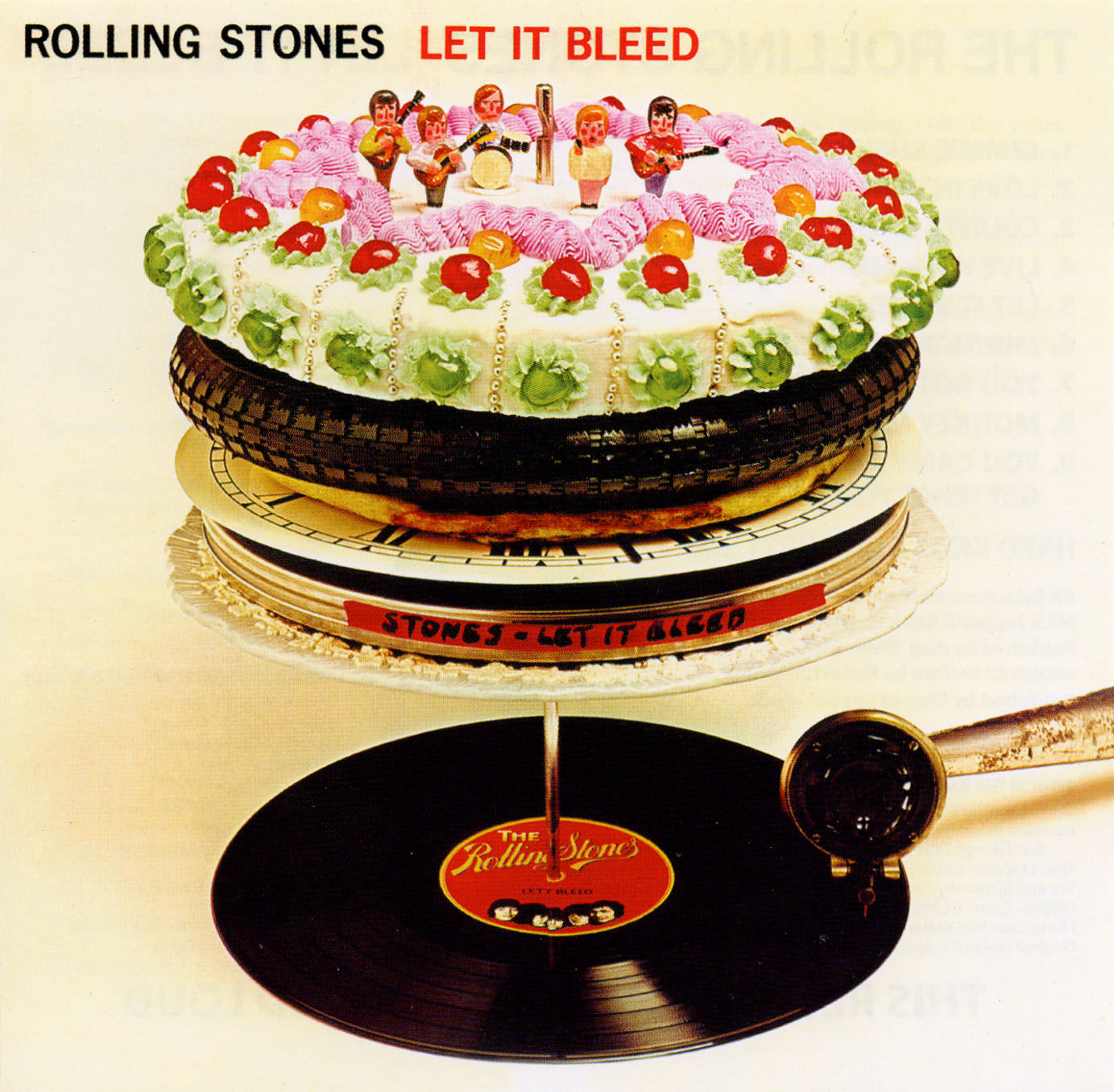 Welcome to the final Rocksmith Remastered DLC of 2018!

As revealed over the weekend (and before to be honest ?) this week’s DLC is a FOUR pack from @RollingStones! This is the second song pack from Rolling Stones in a music game since 2009 (and that was comprised of Live recordings). The pack contains the previously revealed Sympathy For The Devil (Beggars Banquet – 1968), and Jumpin’ Jack Flash (1968). Today we can confirm (via Xbox NZ) that the other half of the pack is comprised of Gimme Shelter (Let It Bleed – 1969), and finally Brown Sugar (Sticky Fingers – 1971).

Well there you have it, we end the year with a bang with the first appearance of @RollingStones in @Rocksmithgame since 2013, bringing the total number of songs to eight! Are you happy with the choices for this song pack? Or is the lack of a 5+ song pack still not sitting right with you? Let us know!

Great song selection I think a lot of people wanted gimme shelter. Now another Who pack is due for classic rock

What would you want to see?

hmm i guess 515, the kids are alright, substitute, eminence front, wont get fooled again, i can see for miles. That would be a good start to pack 2

I will admit that john entwistle and keith moon never fail to impress me, if we were to get more 60s british bands that got huge in the 70s, pink floyd, black sabbath, led zeppelin and deep purple would out rank them for me. Also since we are getting the stones, what about some pretty things tracks. The stones even tried to get the lead guy in their band. Somewhere there is a quote (keith’s i think. Early in their career of course) , that they were the band they wanted to be (besides the great 50s blues guys of course, he meant of contemporaries), and when the stones were bad, the pretty things were down right life threatening (by the standards of the time.). Plus the first rock opera is what was their 4th album I beleive, S.F.Sorrow. which is what “Tommy” was based on. That being said I’ll take more entwistle.

Bowie covered Rosalyn and Don’t Bring Me Down so they seem possble. Midnight to Six man is another good one; I like the Tolson era Pretties records too, they don’t get a lot of love.

Yeah definitely an under rated band. There’s a funny interview here someone is asking Phil or dick if they had regrets Fano it not joining the stones, and they just reply “f’em, I got to do my own thing”. Love that.

Also, for not joining. Spell check kept trying to turn it fort jointing and took many tries to get to that point. Totally missed the new weirdness it created by the time i got it to actually let me use joining.

Definitely happy to see Gimmie Shelter. First time I heard the song was in Rock Band 1. Loved it ever since.

Was always surprised that Gimme Shelter had not been released earlier, as Rocksmith seems to often follow along with what’s been released in other music based games.

On another note, this year has been full of “why not more”. For example why not more blues, Christmas songs, classic rock, George Thorogood, Brad Paisley, jazz, funk, and (I’m probably alone on this, gospel, reggae and hip-hop) Even as a non-metal fan, I was surprised that the metal pack in the spring was kind of small. Maybe we just got spoiled with the larger packs from years past. Regardless, it’s great to see the Stones, even if only for only a 4pc. I suspected this year would end with either the Stones or Aerosmith. (2 widely loved bands without a whole lot of representation in Rocksmith compared to other games.)

This pack is like black friday for Rocksmith. Way to end the year strong Ubisoft. Love the pack, but I’m looking forward to Gimmie Shelter and Jumpin Jack Flash the most.

Well there are a few tracks like big 10 inch (great Bullmoose cover) and some select early tracks, I would like to see them add some of the late 80’s-mid90’s aerosmith tracks like eat the rich or love in an elevator, rag doll, living on the edge. They gave us a bunch of early calssics and late 90s to current but nothing from the pump, permanent vaction, get a grip era. So while toys in the attic is the classic, definitive aerosmith album, those 3 were their best and most consistant run. Tracks like magic touch, hearts done time, dude looks like a lady or even the title track get a grip would be fun to play. But thats just me.

Ooh man, “Somebody better call a doctor doctor, or wake me up with a shove.” Love your thoughts on this. Got to admit I caught on to Aerosmith. I’m one of those fans they gained thanks to Run DMC. Went back and fell in love with the older catalog, but love their late 80s early 90s stuff too. If Rocksmith ever (dreaming here) did a full album pack, Pump would be high on my list. That is one album full of good songs that is also arranged very well. (Plays almost like a mix-tape, especially between Young Lust to Monkey on My Back.) In all, that trilogy of albums, Permanent Vacation, Pump, and Get A Grip is a consistently excellent body of work.

They have a great collection of songs prior to the break up as well. Among others, I requested Last Child and have commented on it a few times in this forum. (I like to think that rock/funk groove would make an early Funkadelic era George Clinton very proud.)

No bro, that’s not just you. Would love to see all of that Aerosmith you mentioned.

Wow. I’m going to have to start proofreading these messages. So there was a line in there that should have read, “Got to admit, I caught on to Aerosmith late.”

Yeah, been there. Between not reading what i wrote, and my evil spell check, which sometimes decides to rewrite whole sections of a sentence i know what you mean. Btw if i can make this work check this out. One of the best chili peppers songs ever. Sounds like thrm but doesn’t sound like any other song they have ever recorded. Its also one of their best in my opinion. I of course have requested it, regaurdless of the odds of getting it. Just thought you’d like it. If the link doesn’t work it’s called funny face btw. Can’t share my single with you but hopefully this works.

This was pretty good. Thank you. I can see all of them playing this, except Flea. Feels like he is (intelligently for the betterment of the song) holding back. I like what Chad is doing. And even though Chad arrived on scene first, I hear some touches of Adrian Young there. I also love John’s tone on this. Reminds me of Hard to Concentrate. The solo on Funny Face reminds me of how sad it is that we don’t have more RHCP in Rocksmith.

On another note, I’m trying to figure out where this song is. I have Stadium Arcadium and don’t remember hearing it. Wasn’t aware of that Venus disc.

Well here’s the thing all of the albums from bssm-stadium had extra songs they didn’t put out. Mostly because they felt they didn’t fit on the album. Soul to squeeze is probably the most famous example of this. Which of course was released for the coneheads soundtrack and later there greatest hits album (also on the 3 disc box set of the singles and remixes from bssm I think, I have all of it so whatever. But between those 5 albums there are a lot of extra songs released as singles and some later released as bonus tracks for the reissues. Not including the live tracks or the instrumentals from those singles and not counting the reissue bonus tracks, you ar left with around two full cds of songs as I recall. I would never be able to all my favorites from those singles on one disc but you could actual put together an album that certainly rivals if not surpasses any of their albums. Some really amazing tracks most people don’t know about. Not sure how hard it would be to track them down or how much it would cost to get them all now though, I was just buying them as they came out. But I thought you’d like that track. It’s one of my favorites by them. I actually associate it with one of my ex’s.

Not as singles on the singles, sorry about that. And left out the word fit, never be able to fit.

Last Child is a great one, how about Nobody’s Fault, Back in the Saddle, or Draw the Line?

Draw the Line would be raucous on Rocksmith!

It’s a good mix, but like with most artist packs, could’ve had a few more

This is a great pack! With a catalog as gigantic and diverse as that of the Stones, you’ll never hit everybody’s favorites, but that being said this set is fantastic. 🙂

Now if only my DT Drop could do open tunings with a push of a button. Time for a Variax?

Regular use of rocksmith does make that seem like a good idea. Funny how a little thing like retuning constantly starts to make you crazy. Plus i might have 20 guitars but no woman is going to let me leave them out just so I don’t have to retune. Just easier to pick a tuning for the day and leave it there.

I got the drop tune to help with open mic nights where we’re only playing three songs but my band-mates won’t stick to one tuning. 🙂

Well if its only 3 songs they should just pick a tuning for the week and thry can pick another next. But if they won’t do that and you dont want to have to retune or bring extra guitars, then a variax might be good.

Was crossing my fingers that the last song was going to be Honky Tonk Women, but still, hard to complain.

Just such a huge riff

Some good songs, disappointed in lack of “Shattered”. Shadoobie.

How can I get the songs?

Click the link that says steam and then purchase it 👍🏻

I wonder if they purposefully decided to release this pack on Keith’s birthday.

No. Or they wouldve picked midnight rambler. Keith has said a few things about that track but it boils down to that he thinks its the only song they have written that only they couldve wrote. So if you were picking a song in homage to keith in any way you would pick the only song he specifically singles out in their catalog as “perhaps the only contribution, that only we could’ve made” or something like that.

Btw i know with the large packs in the past you could get like 12 tracks at a time, the smaller ones or individual tracks, but I’ve never paid close enough attention in the past to how they handled the holidays, might they release another stones pack or two over our festivities ? That would help round out the selction. The stones only have over 100 singles, let alone b-sides and the rest of their catalog, plus live ones as well. So its not like rocksmith thinks they are ever going to round out the selection to please everyone. They’ll just do the best they can.