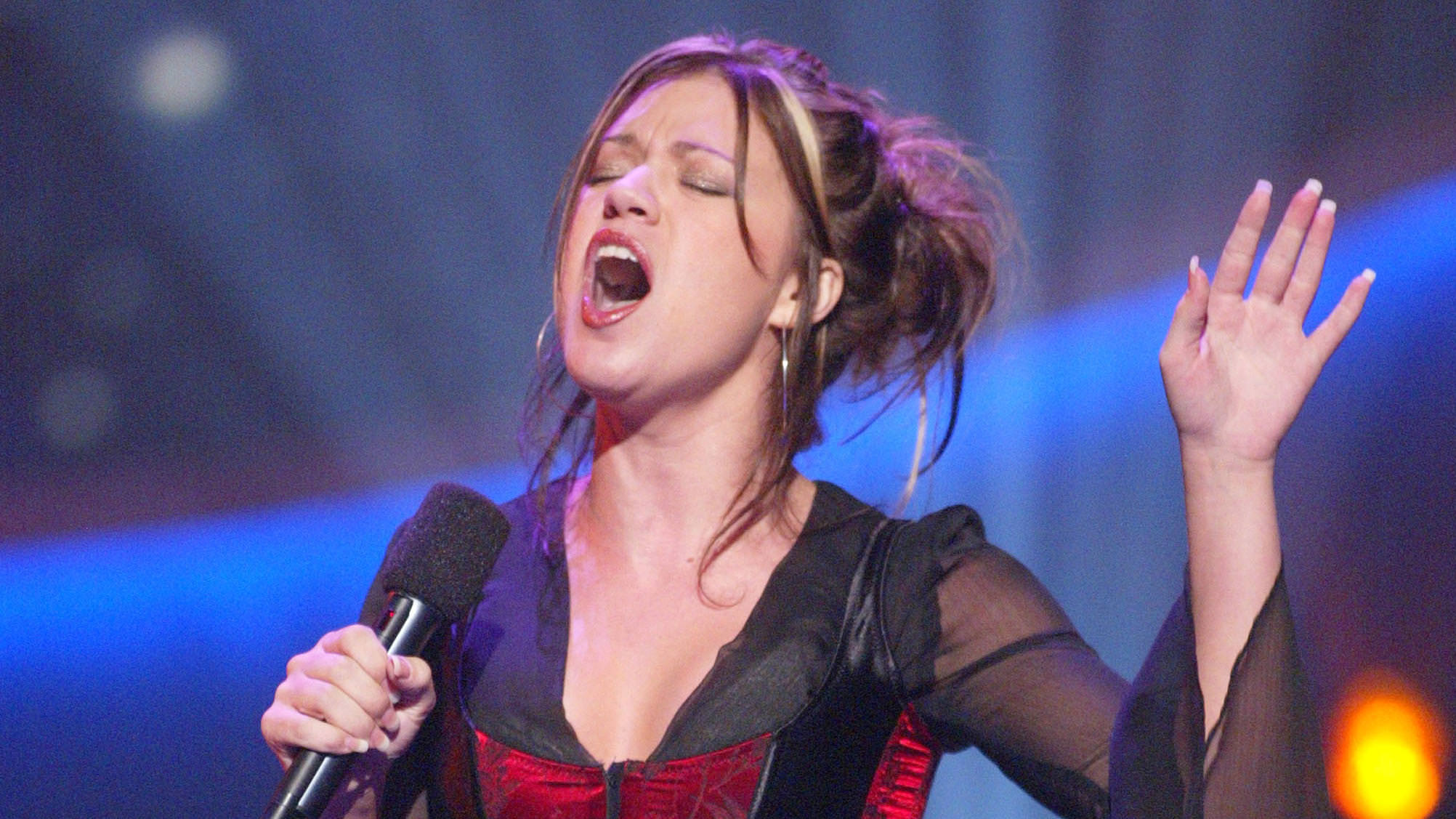 Welcome to the first DLC reveal of September 2018!

RollingStone222’s clue has been posted and solved, and it seems that an Idol is returning to Rocksmith Remastered. 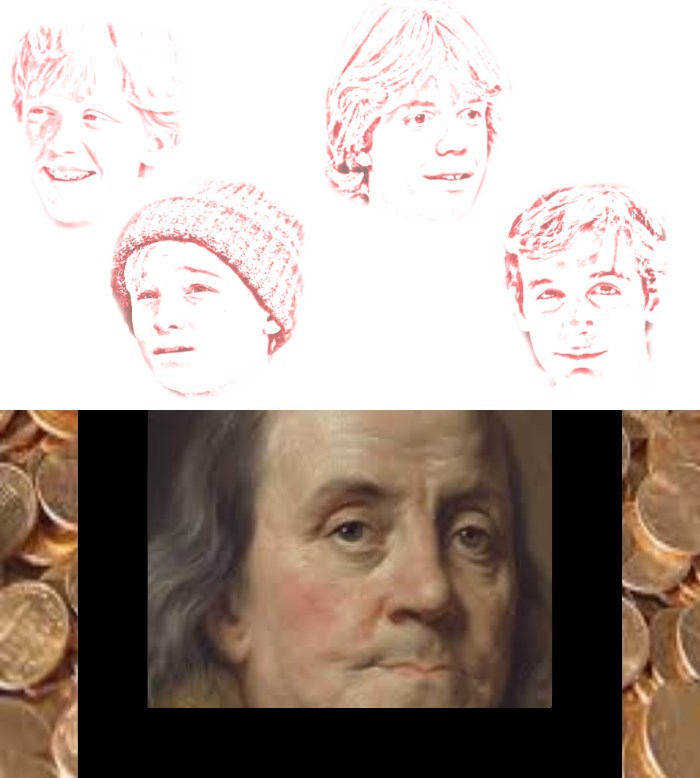 That’s alotta Griswolds, and is that Ben Franklin??? No GIF this week! 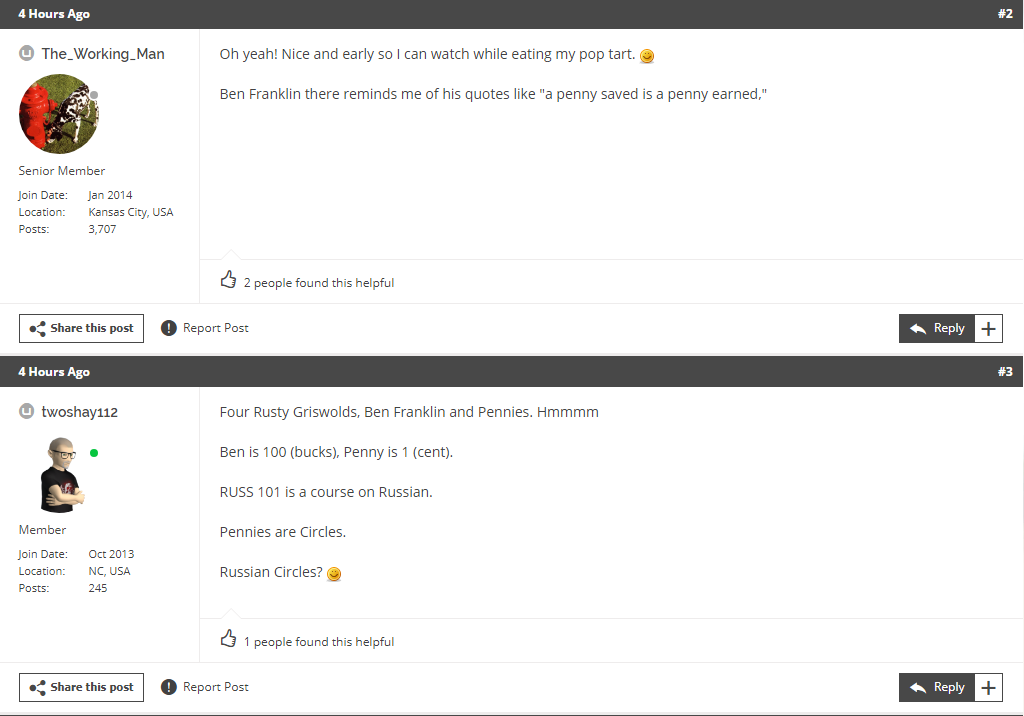 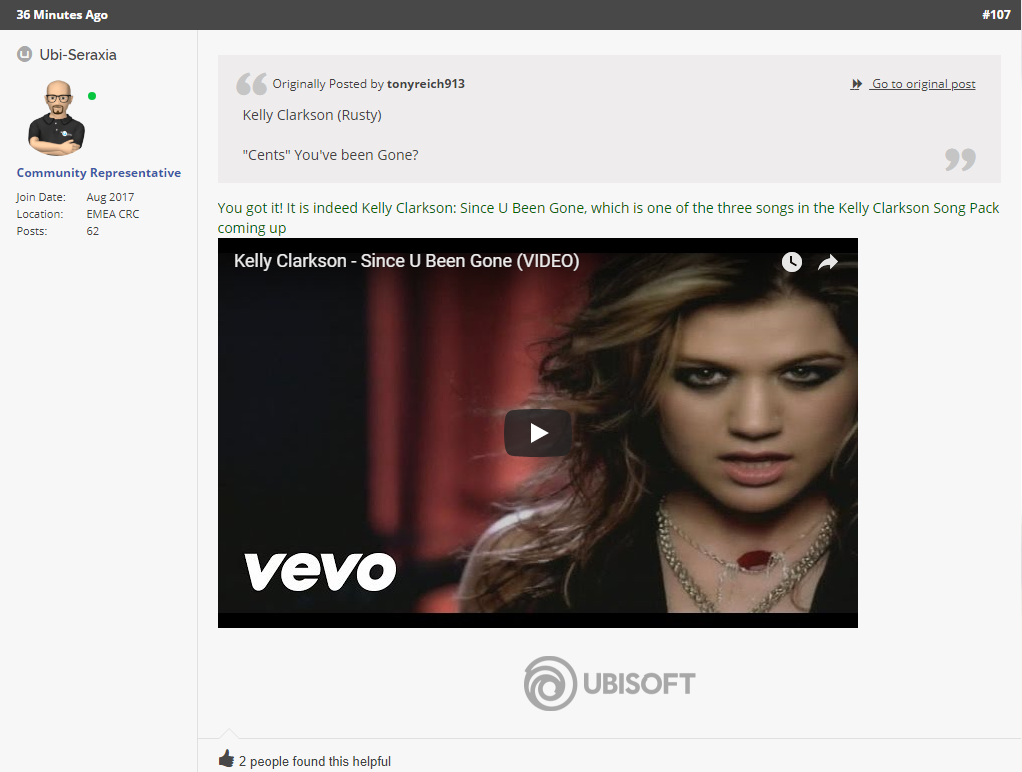 This is the first appearance of Since U Been Gone in an instrument based music game and the second appearance of @Kelly_Clarkson in Rocksmith!

Kelly Clarkson has appeared in @RockBand before however, with three singles…

Thanks to the newsletter though, we can surmise that one of the songs in this three pack will most likely be…

a track that made the biggest jump to number one in the history of Billboard’s Hot 100.

Are you excited for the return of @Kelly_Clarkson to Rocksmith? Or is this already a bad start to September? Let us know!

Never saw that coming. I’m out. I honestly can’t even understand why anyone ever would want to hear that let alone pay for it. I’m pretending rocksmith took labour day off.

Why do you whine almost every week? If you’re out, then stay out!

Well obiviously a guy like you is going to have to pay for it. It makes you feel like a big man at the the time but then worse after, right? Poor poor little troll.

“I know you are, but what am I?” lmao! And Mike, there is also nothing wrong with people voicing opinions and dissatisfaction. Especially, when they are hysterical like Oni’s! “I’m pretending Rocksmith took labour day off” haha! A person does not need to buy every pack to support the game and the devs. I think most of the wallets alone in this forum would speak to that cutie pie 😉

I stand by my “booo” in my comment above. I’m happy for everyone who is looking forward to this, but it’s just not for me.

I’m with you. For the six or seven people who like this, have fun. As for me, shoot me now.

Clearly the first single they released sold enough, maybe it’s you that’s in the minority? ?

True. Lisa Loeb last week… new DLC pack from The American Idol this week. There’s a market for this stuff so good for them. Not my cup of tea, but it takes all kinds!

No offense intended for dissenters, but I look forward to Tuesday’s poll…

From Rocksmith to Popsmith 2.3 seconds! Oh well, continues the trend of the ho-hum year. Saving money though!

Well, on the plus side next week’s DLC can only be better by an enormous margin

I wish Ubisoft would produce a second music game called “Singsmith” and all the vocal artist, pop star and singer/songwriter DLC went to that game instead so we can have more stuff that shreds in ours.

Loved the bass chart for breakaway, excited about this even though it’s not my usual preferred style. I love that RS releases song packs for different genres though, good on them. 🙂

So my first thought, seeing Benjamin and also the coins made me think of DJ Quik -- Dollars and Sense (<--listen to the song and you'll understand why that is not a typo).

Then I'm thinking with the varying styles this year, maybe Rocksmith took another leap. Expected we might get The Benjamin Gate.

Kelly's not bad. As stated in DLCs past, there are some songs that I like to hear but am not interested in learning to play. Congrats to the fans this week. Disregard the negativity in the room. Let your bills do the talking. (hopefully they aren't Benjamins though.)

I was expecting some Breaking Benjamin but Since u Been Gone is a very nice song. Let’s see what’s more can offer us Kelly Clarkson (Breakaway I was already bought it).

I will bother with BB until they put more songs of they jajaja.

I agree a nice 5 pack with : diary of jane, breath, medicate,give me a sign, and until the end or sooner or later would be great

I would buy the whole pack, nice song selection HumanoidSnow! I have request all the songs of the 6 albums of BB with the request app (yeah, I have to much free time).

“Since U Been gone” is a perfect song to play in a bar cover band. It is the type of song guaranteed to make people want to get up and dance.