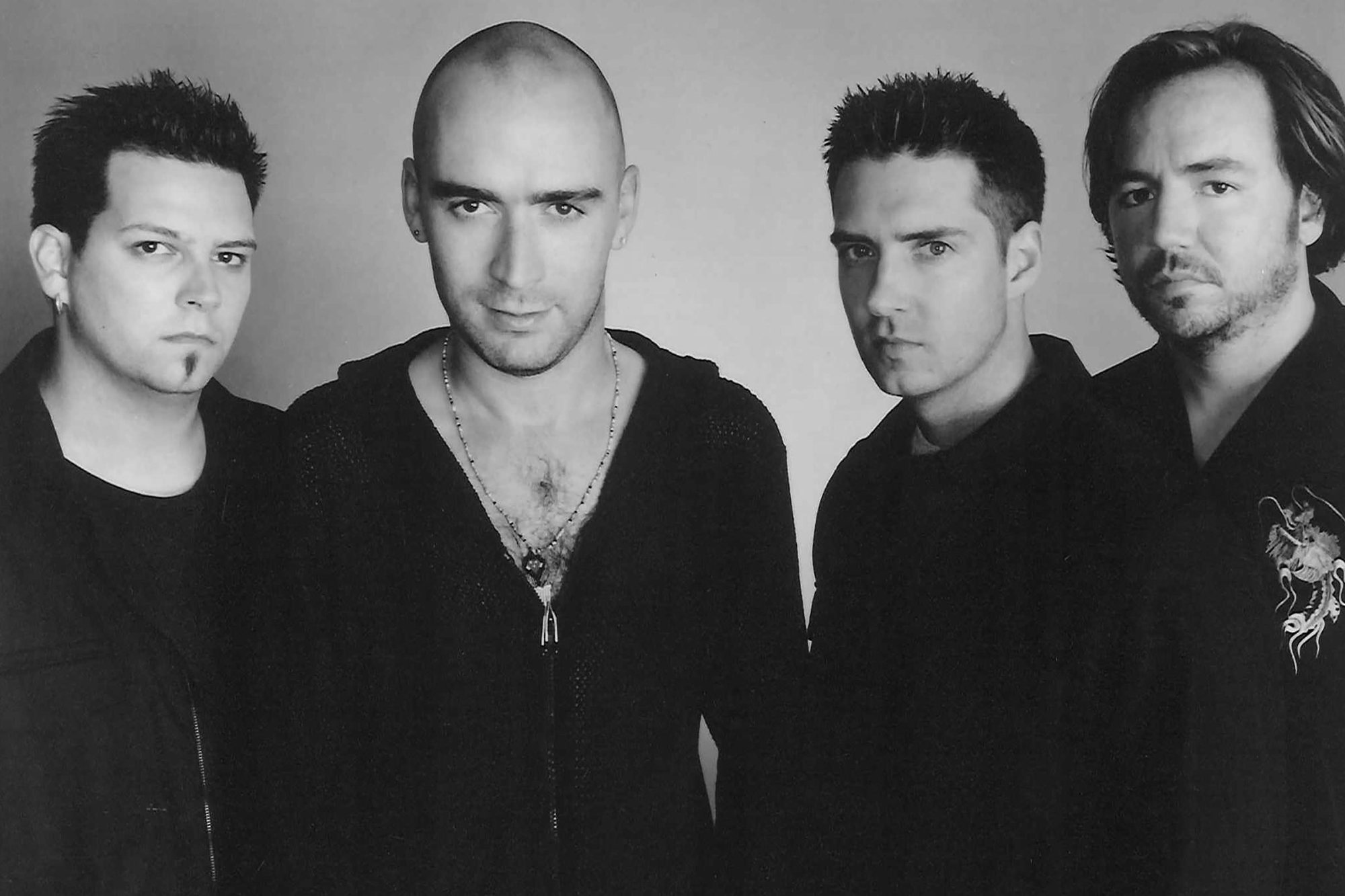 There’s a storm coming… An electrical one! 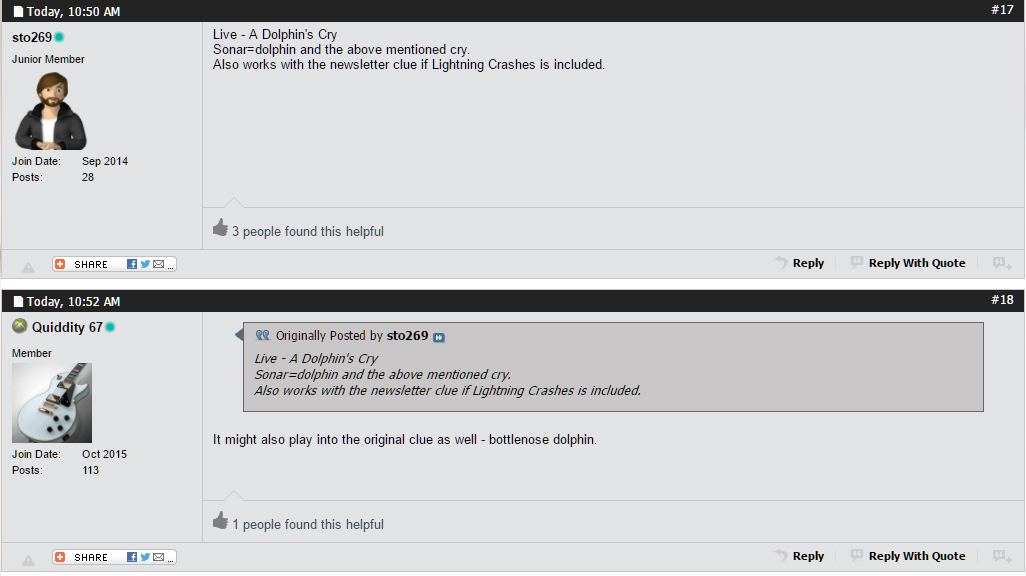 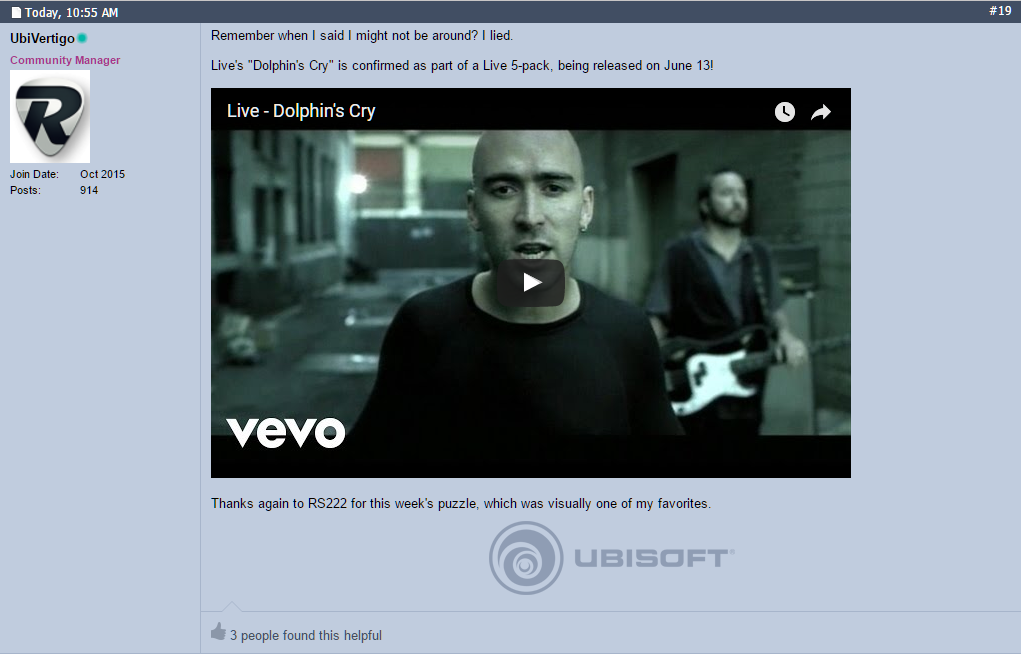 @Freaks4Live has limited exposure in music games up until 2011, when both I Alone and Lightning Crashes made their debut on Rock Band 3 DLC! In 2015 Live returned as an on disc inclusion with their hit single All Over You. Outside of Rock Band, surprisingly only I Alone appeared on Lips (Xbox).

Knowing all this what other four songs might we expect to see next week?

I really like this song, but the chances of it making it into this five pack are slim… Come on, let me ride

This music video is peak 90’s.

Finally Live will make their Rocksmith debut! Are you excited for Lightning to Crash or are you indifferent to this alt-90s band? Let us know!

This week's #Rocksmith DLC artist is like a rollin' thunder chasing the wind. Find out more tomorrow. pic.twitter.com/V9kpkQqyou

Hu, I’ve never heard of them but it seems they are quite popular… I feel lost in a horde of fans. ^^
That first song sounds great, I’ll wait for the stream to decide for any purchase 🙂

Sweet! Another request fulfilled with “Lightning Crashes”. Thank you Rocksmith! 🙂

This may be more my speed:

Why slim chances for Lakini’s Juice making it into the pack?

Live songs follow the typical verse-chorus paradigm but with in that structure they tend to have a wider dynamic and time range than typical and that’s a good thing. Hope RS brings us some gems.

Here is a Live song from the 90s with an active bass line but a more linear sound:
https://www.youtube.com/watch?v=UP5XavjhhQc

I am VERY pleased by this pack, hopefully:

I haven’t seen anything recently that made me open my wallet but damn it TAKE MY MONEY!!!

member? member when people were calling rocksmith metalsmith because there was so much metal music coming out for it? member?

Lakinis Juice is one I would like to see added.

A live 5 pack released on the same day as my bday? Sounds great! Im seeing “LIVE” live at lallapalooza this year. Its turning out to be a …lively… year 😉

This could very well be one of the few packs I insta buy on multiple platforms (come on iOS outside of Canada). I think I’ve requested the entirety of Throwing Copper and Secret Samadhi, so Ubi would need to have screwed up amazingly for me to not want the rest of the rest of the pack.

My favorite guitar tracks will likely not be in (Stage, Flow and Graze, the solo of the last one is fantastic), but I expect I alone, Lakini’s Juice and All Over You next to the already announced ones. Will buy day one and I’m sure a lot of these will move up in my most played list very soon. Thanks Rocksmith!

My all time favorite band. BRING IT!

The photo at the top of the article is not of Live by the way. It’s from Ed’s solo stuff

Whoops, hopefully I got it right now

I saw Collective Soul last night so I am very much in the mood for more 90’s alternative rock.

As long as it’s songs from first three albums. I’m excited for the bass lines that bassist makes that band come alive

I’m hoping for at least one song from Mental Jewelry like Pain Lies on the Riverside or Operation Spirit. I bet we get mostly songs from Throwing Copper though, which wouldn’t be bad either.

Hoping for: Pain Lies on the Riverside, Lakini’s Juice, I Alone, Lightning Crashes

We’ll probably get: I Alone, All Over You, Selling the Drama, Lightning Crashes.