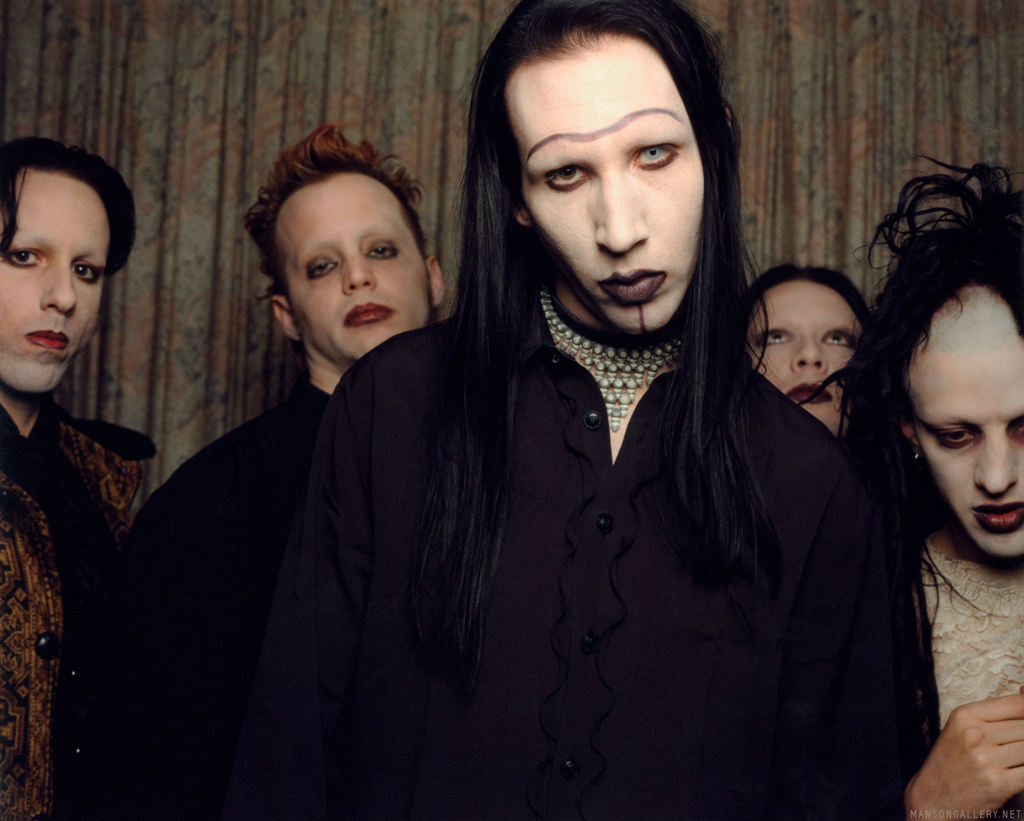 Next week’s clue has been posted and solved, and it looks like something beautiful is on the schedule for next week! 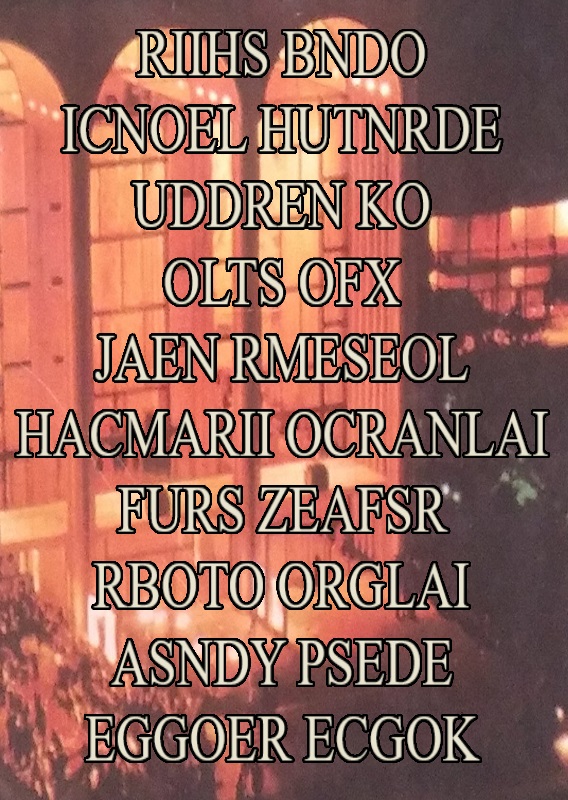 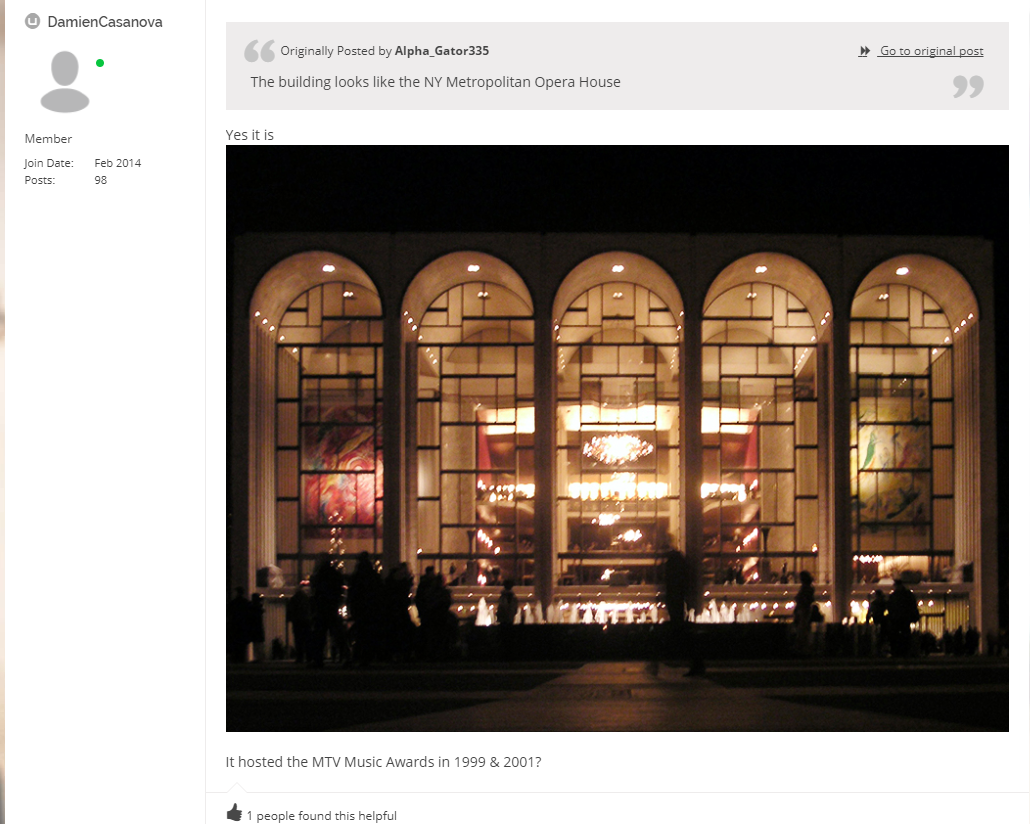 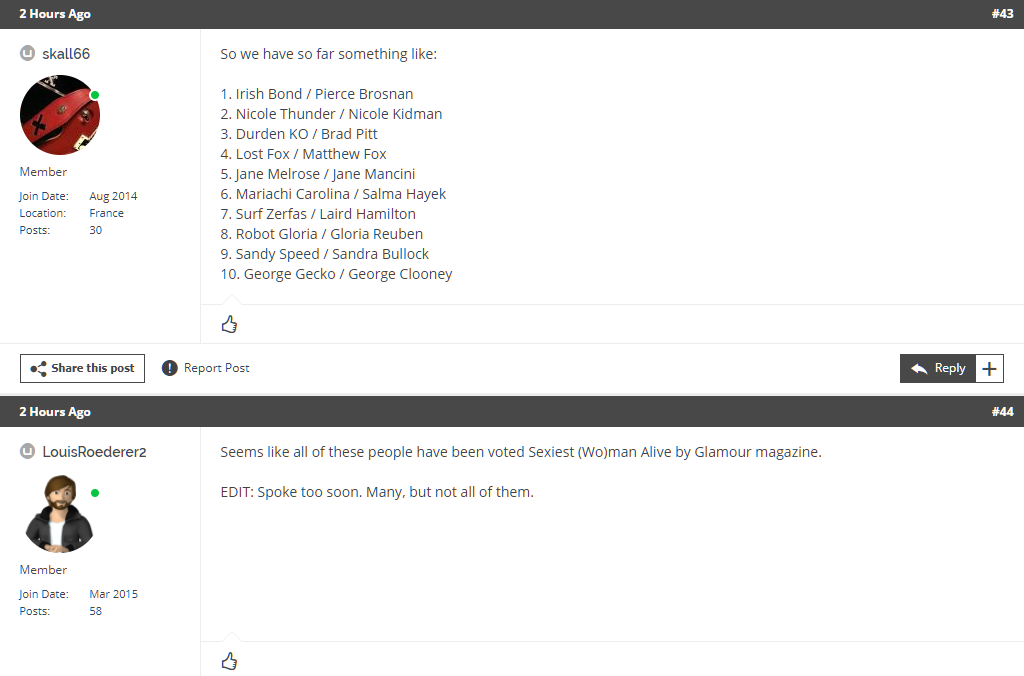 A bunch of beautiful people? 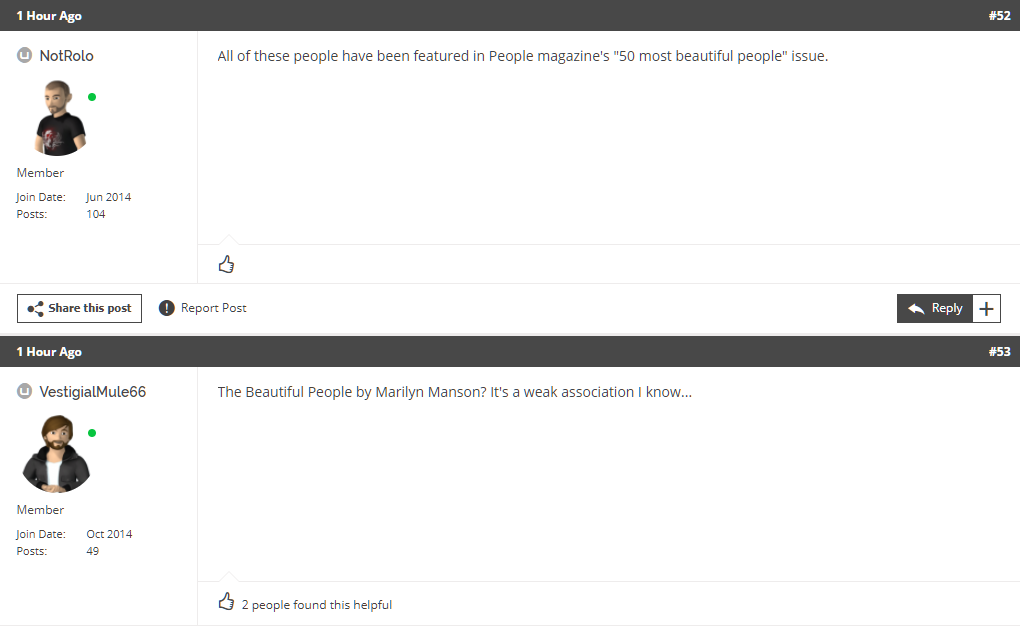 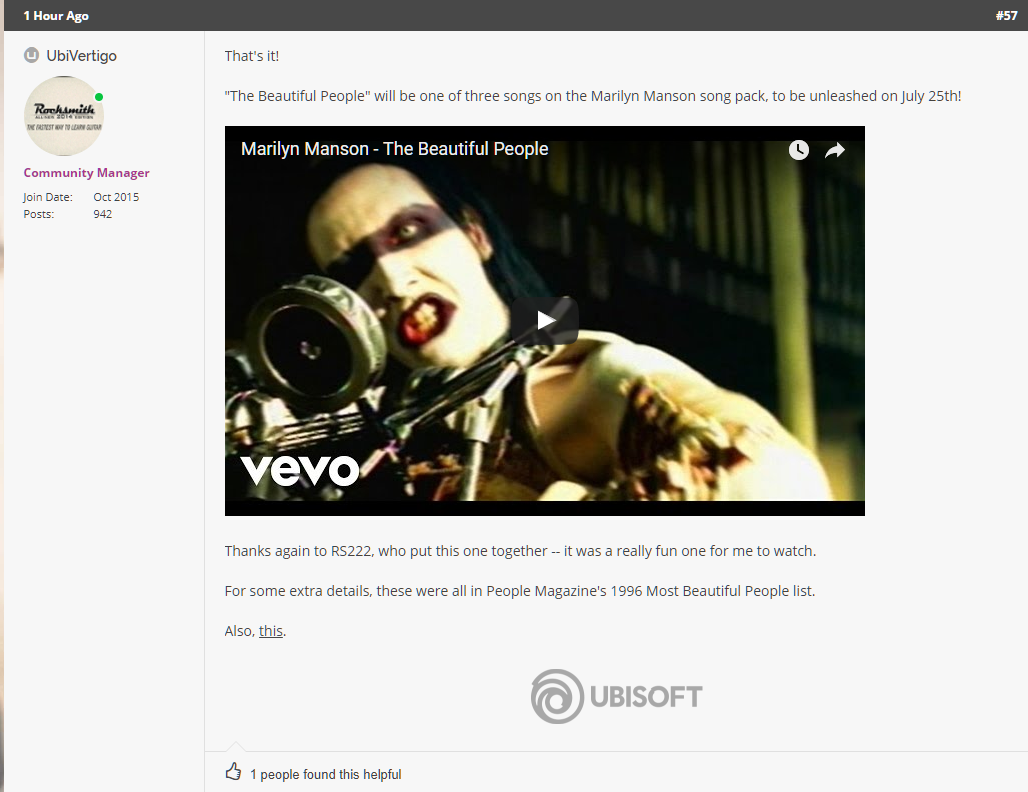 and it’s a THREE pack!

@Xantos2250 I saw that name on an e-mail today… that means there is a chance… I know it's not in the next month tho. One day…

@MarilynManson has had their share of content in music games, their first appearance was a remix of Putting Holes in Happiness by Nick Zinner on Guitar Hero III DLC. This was followed by Disposable Teens as Rock Band 2 DLC,  then The Dope Show in 2010, The Beautiful People on disc on RB3 (with a pro guitar upgrade), and finally The Mephistopheles of Los Angeles. Guitar Hero’s later era had some deeper cuts from Manson, including a pack consisting of Coma White, Get Your Gunn, and Tourniquet. GHTV, got their fair share of content as well with The Fight Song, Deep Six, and mOBSCENE!

Knowing all this picking two other songs should be relatively easy…

If anyone can get this song, it’s @UbisoftStudioSF. What an iconic solo!

Definitely one of my favourite songs off Antichrist Superstar, and given the inclusion of The Beautiful People, I’d say it’s a safe bet…

Are you excited for the inclusion of three songs by @MarilynManson finally? Or did the shock rocker’s appeal wear off on you after the 90s? Let us know!

A voice of dissent: I would be hard pressed to find something I’d be less interested in. See you next week.

I imagine Sweet Dreams will be one of the three, but I’d probably prefer songs like Rock is Dead and Disposable Teens

As happy as I am to be getting this, only 3 tracks?!

I am very much hoping the other two songs are Mechanical Animals and Putting Holes in Happiness but I would like a couple of megapacks like RATM if it were at all possible.

The Strokes and then Marylin Manson, what a great time for Rocksmith 😀

It doesnt feel right to get this before NIN. Not a huge fan but there was some decent music beyond the circus show which probably turned off some people to listening to him. I sort of wish they had more entertainers like him these days to break the monotony

I liked Golum better when he was a humble fisherman. Now he makes noise all day and night.

This is the kind of DLC that makes me hotter and wetter than that time I felt up Matthew Broderick on the set of Election.

Was this song a prescient warning about Trump? 😉

i hope for putting hole in hapiness and great big white world !

“Rock[smith] is deader than dead”
Seriously though, this could be fun. Lunchbox or the Dope Show are the two I look forward to most.

Another DLC to buy!

Very excited! I will be happy with pretty much anything. Sweet Dreams is a bit overplayed for me but, on the plus side, if you shift it from C to F# and speed it up it becomes Crazy Train.