We have come to the final DLC of November and with the clue being solved, the newsletter hint right kind of wrong, now makes perfect sense!

Let’s check out what RollingStone222 has for us… 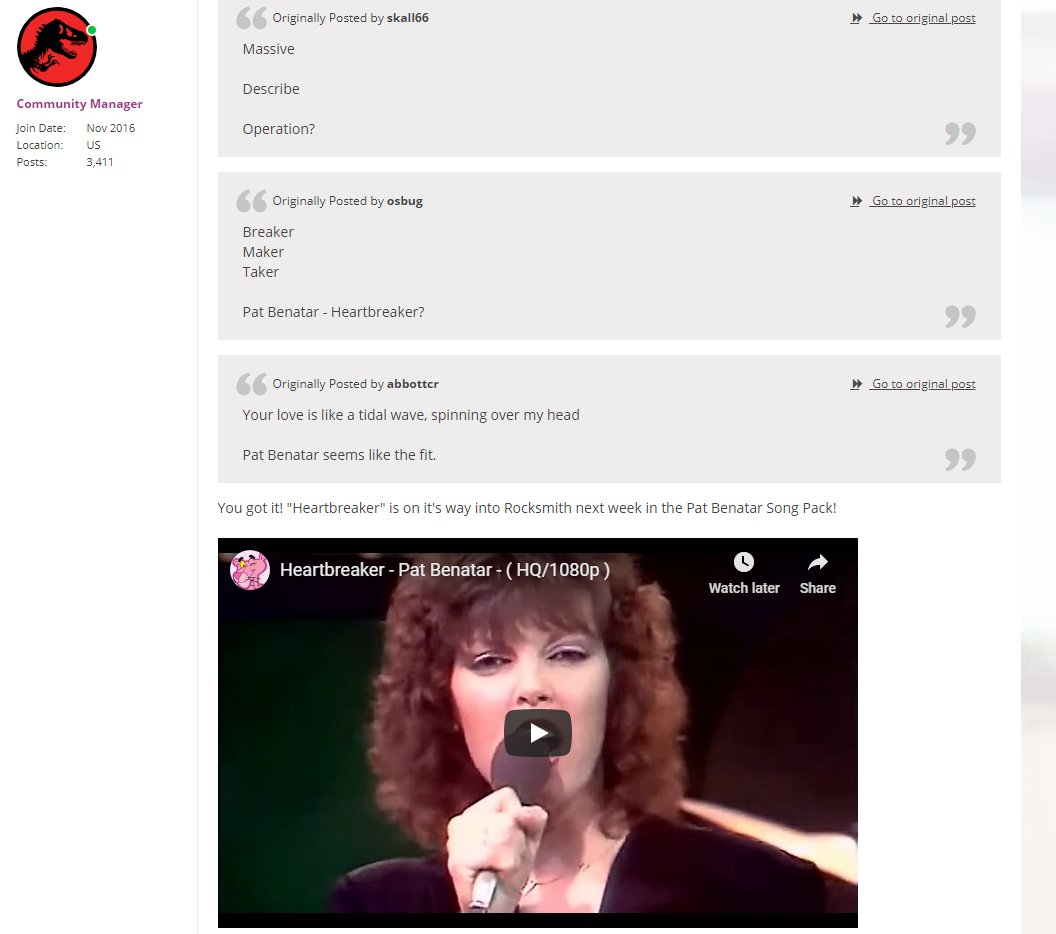 You’re the right kind of sinner, to release my inner fantasy

This is the third appearance of Heartbreaker in a music game, and her second song pack!

Also, in case you forgot we’ve had Hit Me With Your Best Shot, since 2012…

I guess @elisoncrz will be excited about this one

@RockBand also had a ton of DLC from @bentargiraldo!

While @GuitarHero only received tracks via their on disc track listings

What other two songs will join Heartbreaker in next week’s pack?

Ever since I heard this song in American Pop, I’ve hoped it would end up in a music game. Fingers crossed!

I’d be shocked not to see this…

This could be fun

We all know how much @Rocksmithgame loves the soft rock choice

Are you excited for this long awaited song pack? What songs are you hoping to see? Or are you wondering what @UbisoftStudioSF has planned for the last three weeks of DLC in 2019? Let us know!

This is a must buy for me. Add Promises in the Dark and it is a perfect pack.

FINALLY a real pack of tunes from a pretty legendary artist. This lady soft or hard KICKS BuTT. good to see but with all the choices of her songs at least a 5 pack should be released.

That picture of Pat is making me dizzy. At least we get some real female rock for a change but I’m more curious what we get rest of the year. Will we ever get more than a 3 pack and will the myth of Nirvana dlc ever come true?

Heartbreaker, Loveisabattlefield, and webelong. Will get. The guitar in the songs is awesome.