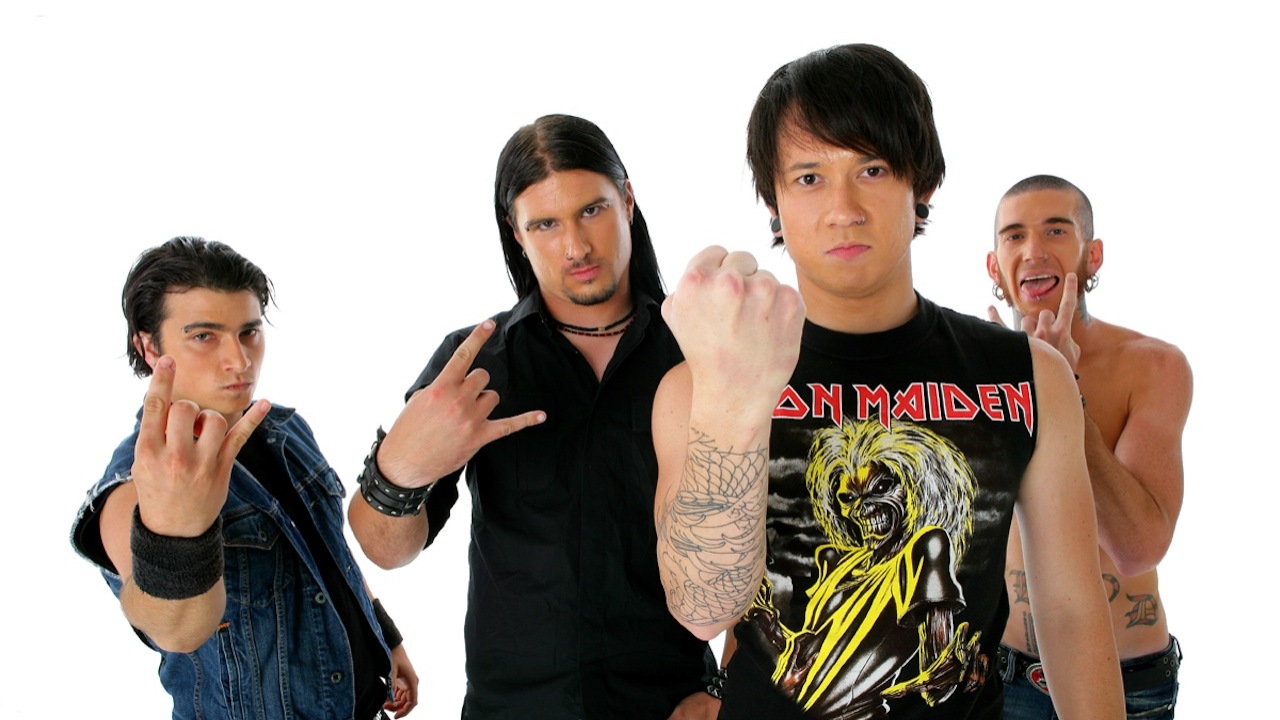 A familiar band returns to @Rocksmithgame next week bringing the total to SIX songs!

Let’s check out the clue from RollingStone222. 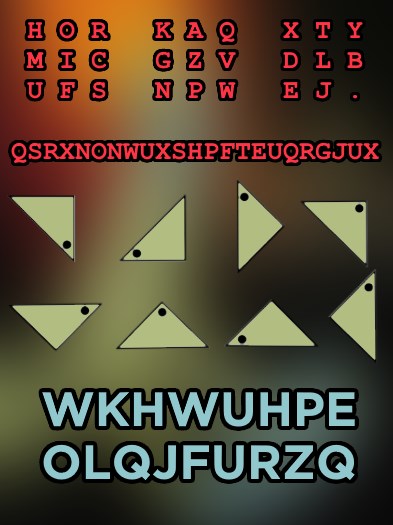 No GIF this time! 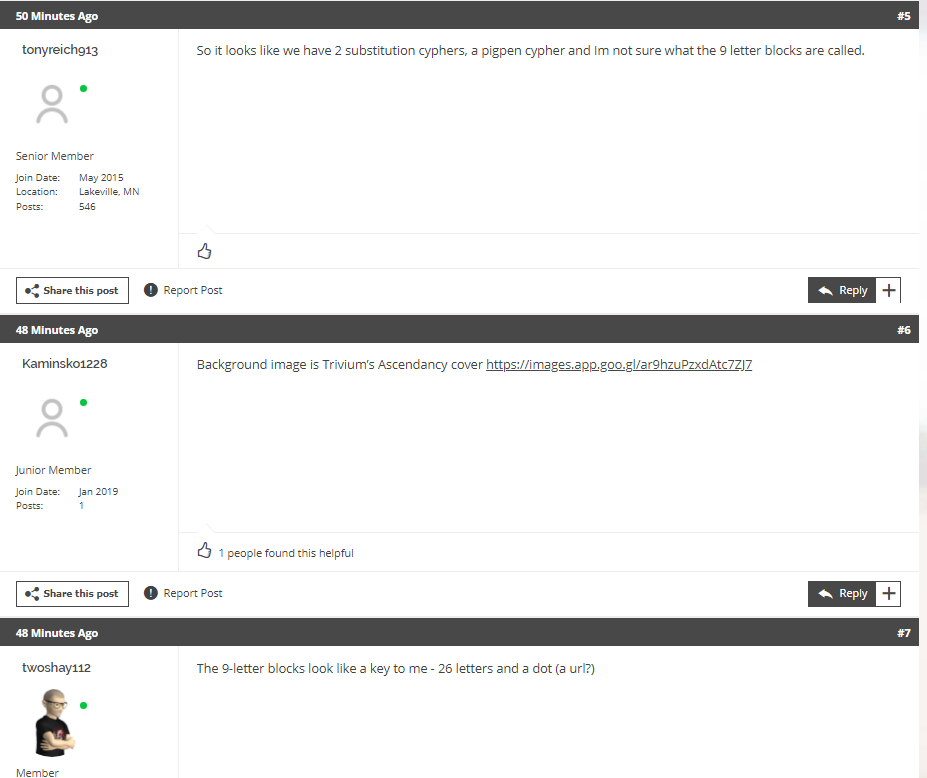 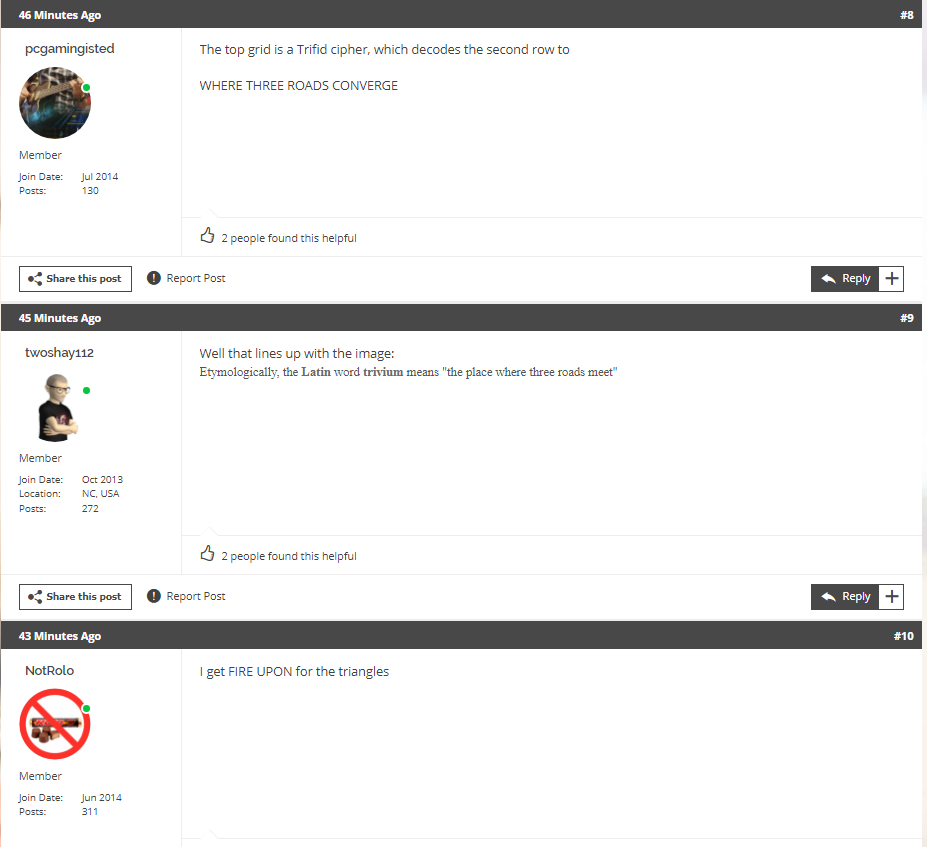 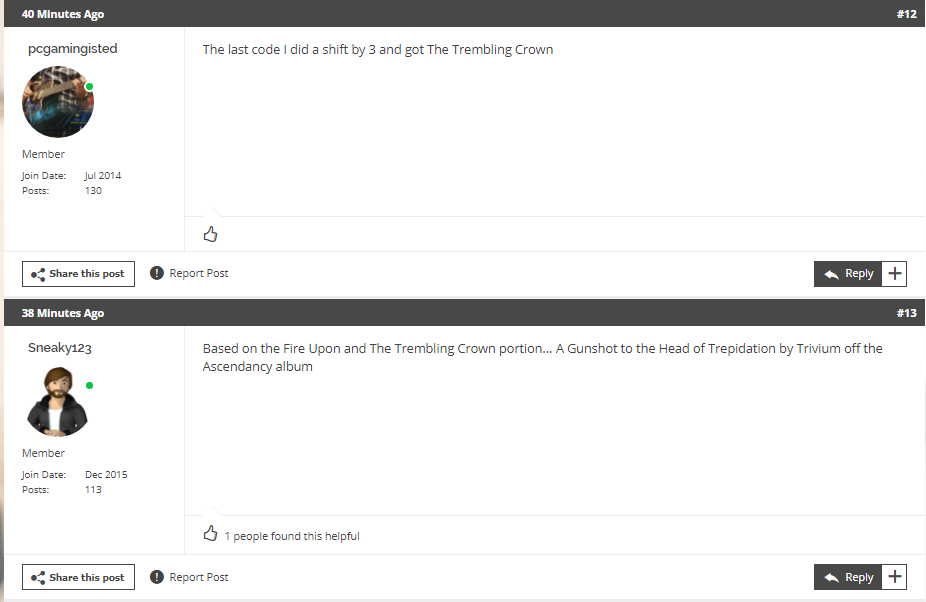 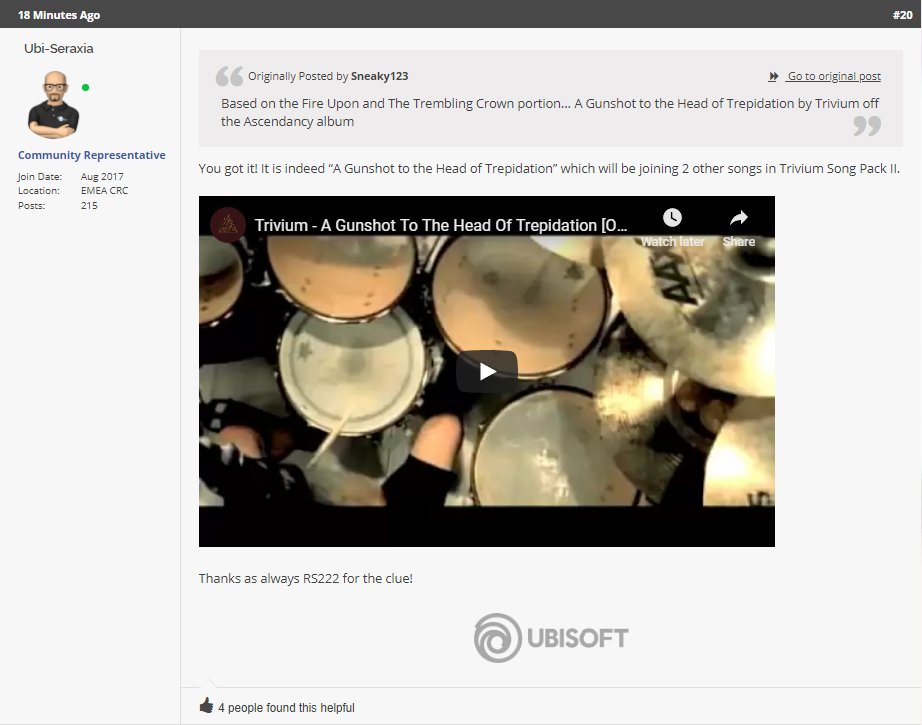 This the first appearance of A Gunshot To The Head of Trepidation in a music game!

What other TWO songs could join in the next @TriviumOfficial pack?

Still hoping for this one…

I think we already have this ONE OK ROCK song ?…

Are you excited for some MOAR METAL or is @TriviumOfficial just more of the same? Let us know and be sure to thank @matthewkheafy for the second round!

They may be wearing thin, wearing out, and becoming weak, but this band is coming back to #Rocksmith strong this week with a new pack of songs. We'll look to set more info free on this week's band here tomorrow! pic.twitter.com/etImstCC9V

Yes! I LOVE me some Trivium! While there’s no bad choices here, I’m really hoping for the other two to be Like Light to Flies & Beyond Oblivion. That way we can get two old and one new. The Sin & The Sentence is a great album and diserves some recognition.

Imposible pack:
Shogun
Until the world goes cold
The sin and the sentence

Why? Because rocksmith doesn’t support 7 strings guitars yet.

I’m very excited about this pack! I loved the first Trivium pack, and I was kind of surprised the first pack was only a 3 pack since Matt Heafy seems to be a fan of RS. Ascendancy is one of my favorite albums of theirs, so I’m glad to see at least one song from it make it to the game. I’m hoping for one track from Silence in the Snow as well.

I remember when these guys used to be the kids opening for my friends bands. Do we get a real song pack this week? Yeah. Is metal one of the genres I like? yeah. Is it a roadrunner records band (I’ve said more than once like, chess we could use more songs/bands from), yes. Will this make some folks very happy? Indeed. Rightfully so. However having to listen to these guys to get to bands I enjoy more thanI care to remember, I can safely say they never won me over with even a single song. Glad we got a real song pack this week. Headband and rock in all your metal joy of new tracks for those who do enjoy these guys (in fairness I can’t remember one band saying bad things about touring with them, so probably good guys), I am going to pass. I did catch Ubi is doing something in a few days perhaps some news fr Rocksmith ad it’s future will becoming. We’ll just see.

Oh spell check is a b!tch. Headbang. Not headband.

A Strong band but I’m not going to get it right away. Get ZZTop

Not for me. Hate that music. Metal is already over represented in RS. Don’t understand why Ubi keeps catering to a minority of the music fans. Maybe metal is easy to license because nobody wants to listen to it?

Metal accounts for almost exactly the same percent of the US music market (2.7%) as religious music (2.5%). It’s not popular. And most of the metal streaming and purchases are old bands (Metallica is most streamed/purchased by far). Yet metal accounts for way more than 2.7% of RS songs. If RS was including genres based on popularity, the game would have very few metal songs and most of the ones that it did have would be performed by Metallica.

Go ahead and downvote. Doesn’t change the fact that very few people listen to metal and even fewer listen to the crappy new metal that RS keeps putting in these add-on packs. The audience voted with their money, almost nobody wants to listen to a “singer” scream unintelligibly into the mic.

whomever
Reply to  Gnu

By that metric Ubi should be pumping out Hip Hop once a month as (I think) it accounts for around 25% of the US market. Also, the market for Rocksmith players is not the same as the general US music market; filter in only guitar players and the metal percentage probably jumps up considerably; filter in only RS players and it probably goes up again. I haven’t been buying the newer metal songs and much prefer the older stuff as well, so I basically agree with you there. I also agree that it’s a good idea for Ubi to cast a wider net but I think you’re using the wrong statistics.

What market are you going by? Streaming? Mainstream radio? Seems to me like Metal/Hard Rock fans are some of the few people out there buying new music. So for the one pack we get every 4-6 weeks makes a ton of sense to me.

First of all how wide do you want to define heavy metal? Jimi Hendrix has been called heavy metal. Doesn’t matter if you agree with it. Black Sabbath, Led Zeppelin and that band you clearly don’t like Metallica are 3 of the largest and best selling music acts in the history of the world. Plus right off the top 90% of all music regardless of genre put out is not worth listening to. The remainng portion keeps getting smaller until you get down to what each individual likes. The most popular music of any time is vastly hated more than its liked. What 8 billion people on the planet and not even one person/band can come close to getting 10% of that. People here want guitar and bass so that discounts well over 50% of all music made. No kora or sitar here. Plus here’s a fact, did you know country music is the only form of music in the world proven to cause suicide. Rocksmith and radio doesn’t ban it, you just change the channel or don’t buy it. Mean while metal is literally the most guitar centric music there is. Hmm that might be rocksmiths audience. now I need me some Johnny winter & Doors & Muddy Waters & Slim Harpo & Rhcp, Morphine, Taj Mahal, George thorogood etc.. But I also need some Ministry, Sepultura, BLS, Samuel, Opeth, RATM. Also go look at almost any list of “guitar gods” metal is most likely the dominate force on that list. Oh sh!t. So maybe you should take up some other instrument were the greatest # of luminaries doesn’t offend you so. A kazoo? Clowns love it & what little kids parties be with out it? Plus no one has so much as reached Tiny Tim levels of success… Read more »