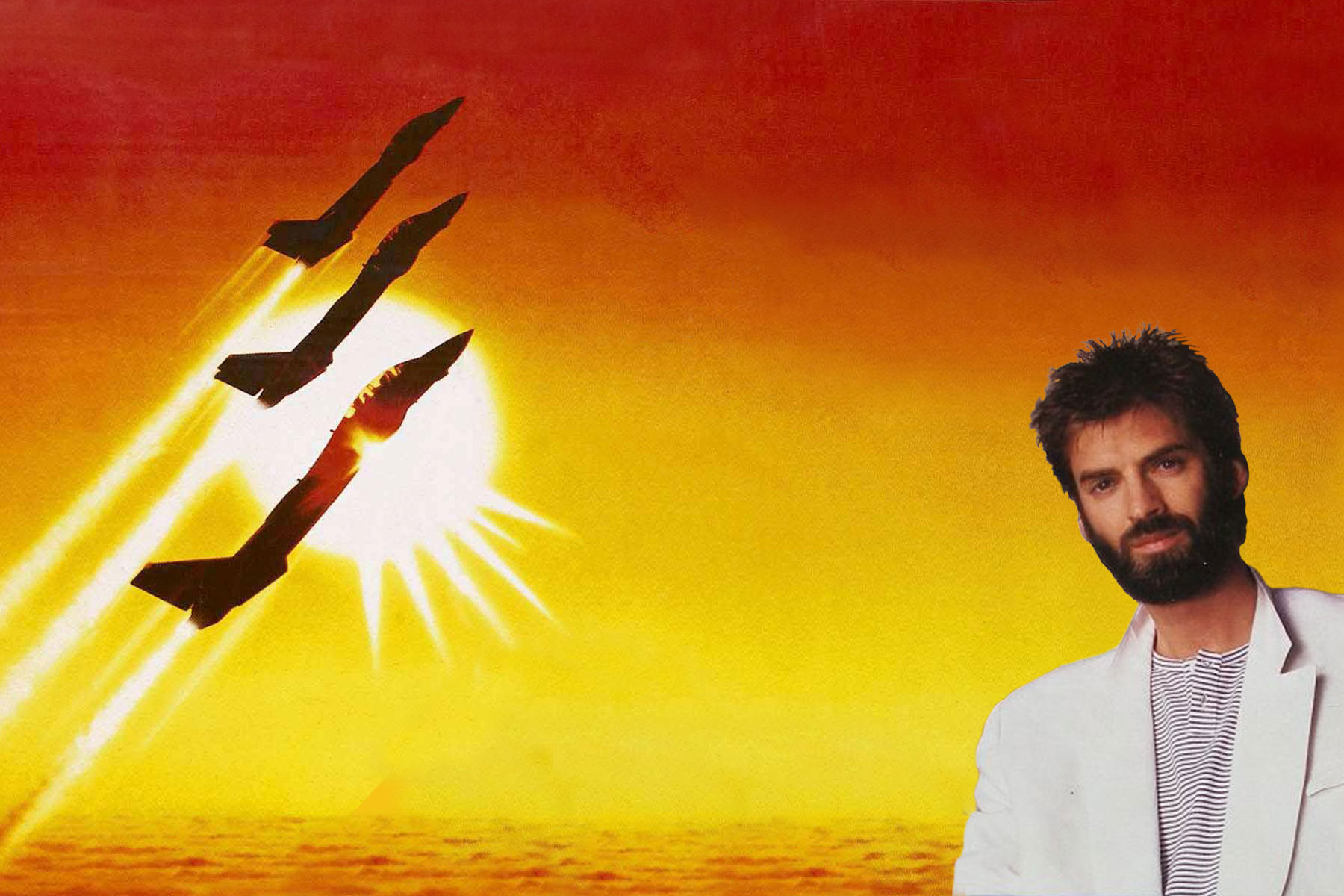 The clue has been posted and solved (quite quickly if I might add) and it looks like we are going back to the 1980s once again, that’s 1986 to be specific.

Yup, finally KLOG himself @KennyLoggins will be added to the growing Rocksmith library!

We’ll be ridin’ into the danger zone this week as we take a trip back to 1986. Ubisoft’s 30th birthday was this year and we’ll be celebrating it with the new UBI30: 1986 Song Pack. This pack will feature five tracks that rocked 1986. First up: “Danger Zone” by Kenny Loggins which was composed for the movie Top Gun.

Stay tuned to our Rocksmith social media this weekend for another song reveal.

So we have the theme of the pack, songs from 1986 that rock! What else could be appearing?

More music from the greatest Rocky

this is @pcgamingisted’s prediction. Solid track!

@OsagaTheGreat hopes this one makes it in. What a bass line!

Let there be no doubt about it, Rory is hoping we get this amazing bass line.

There’s a few of our 1986 predictions? Do you have some you’d like to share (No GnR or Metallica, please). Let us know in the comments below!

Lock the cellar door this Tuesday. @Poison’s “Talk Dirty To Me” will be one of five songs in our upcoming UBI30: 1986 Song Pack. #Rocksmith pic.twitter.com/vldze0bE6b

Sledgehammer, like a rock, Addicted to love. Hip to be square up for grabs.

Berlin “Take My Breath Away” from the same movie… or David Bowie “Absolute Beginners. Europe “The Final Countdown”

Andrew Stuart The Final Countdown has been DLC since 2012 🙂 https://theriffrepeater.com/rocksmith-dlc-september-18-whitesnake-europe-twisted-sister-80s/

I know, I just couldn’t help myself! (Metallica anyone? (not my choice)). Thanks guys.

Some Van Halen I hope and Run DMC

I wished it was Meet me halfway… Anyway Danger zone is also a more than welcome addition!

Really hoping for at least Sledgehammer and Addicted to Love

I’d look for something from INXS or Midnight Oil.

Midnight oil is a good guess.

Great! I love Danger Zone, can’t wait to learn it!

YOOOO. I can’t wait to hit danger zone up on bass

I am sure we’ll get some poison

Talk dirty to me would be nice 🙂

I am sur it would be it. But I love the riff in I won’t forget you

Fight for your right to party,

I don’t care what the rest are. Pack is mine just for this song! Is it next week yet?

Hopefully none of these. I’ll take Danger Zone but…eesh.

I know the drill, though. Every week isn’t for everyone haha.

I wished for I won’t forget you babe but I’m sure it won’t be it. I dreamed of playing this song since I’m 6

I saw Bret Michaels perform last night (Sun.) and he opened with “Talk Dirty to Me”. Great show. He also played the Poison version of “Your Mama Don’t Dance”(co-written by Kenny Loggins). So far the three songs revealed are all songs I have requested through the app.

Cutting crew -- I just died in your arms tonight

Word Up by Cameo! Just kidding. Addicted to Love would be cool, I suspect Boston’s Amanda, but I’d be pretty ho-hum about that.

We have Amanda already.

Good catch. I guess I’m really just not into that particular Boston song.

No need to kid about that, it’s cool, however; a better song by Cameo would be Candy.

I’ll have to take your word for that. Word Up! is the only Cameo song I know, and that’s because of the Korn remake in Rock Band (Lego one, I think). I actually do kinda like it.

INXS -- What You Need

The Outfield -- Your Love

Huey Lewis- Hip to be Square

I could see:
Motörhead -- Orgasmatron

GEORGIA SATELLITES -- Keep Your Hands To Yourself

That’s funny. I remember in school everybody hated that Georgia Satellites song. “These guys are representing us? What the hell?”

Let’s flush danger zone and replace it with Footloose! =

Except for Amadeus, I would buy all of those, plus all the suggestions here in a heart beat. I love 80s

Could this be true? Will we finally see YOUR LOVE by the Outfield?

And for the love of God no, please no Falco?

Damn! Close enough… I want Meet me halfway from Kenny. Dont dream its over from Crowded House would also be great. Im in for any 80s

Kenny loggins would be fun.

You wouldn’t be Australian by any chance, would you?

No arguments there, but John Farnham wouldn’t be my choice to go on that list.

Van Halen why can’t this be love? Zztop something from afterburner, rough boy?

You Give Love A Bad Name
Nasty (Janet)
Election Day?!

We’ve had You Give Love A Bad Name since December 2014. There are plenty others from Slippery When Wet however that would qualify and are definitely desirable to have in game.