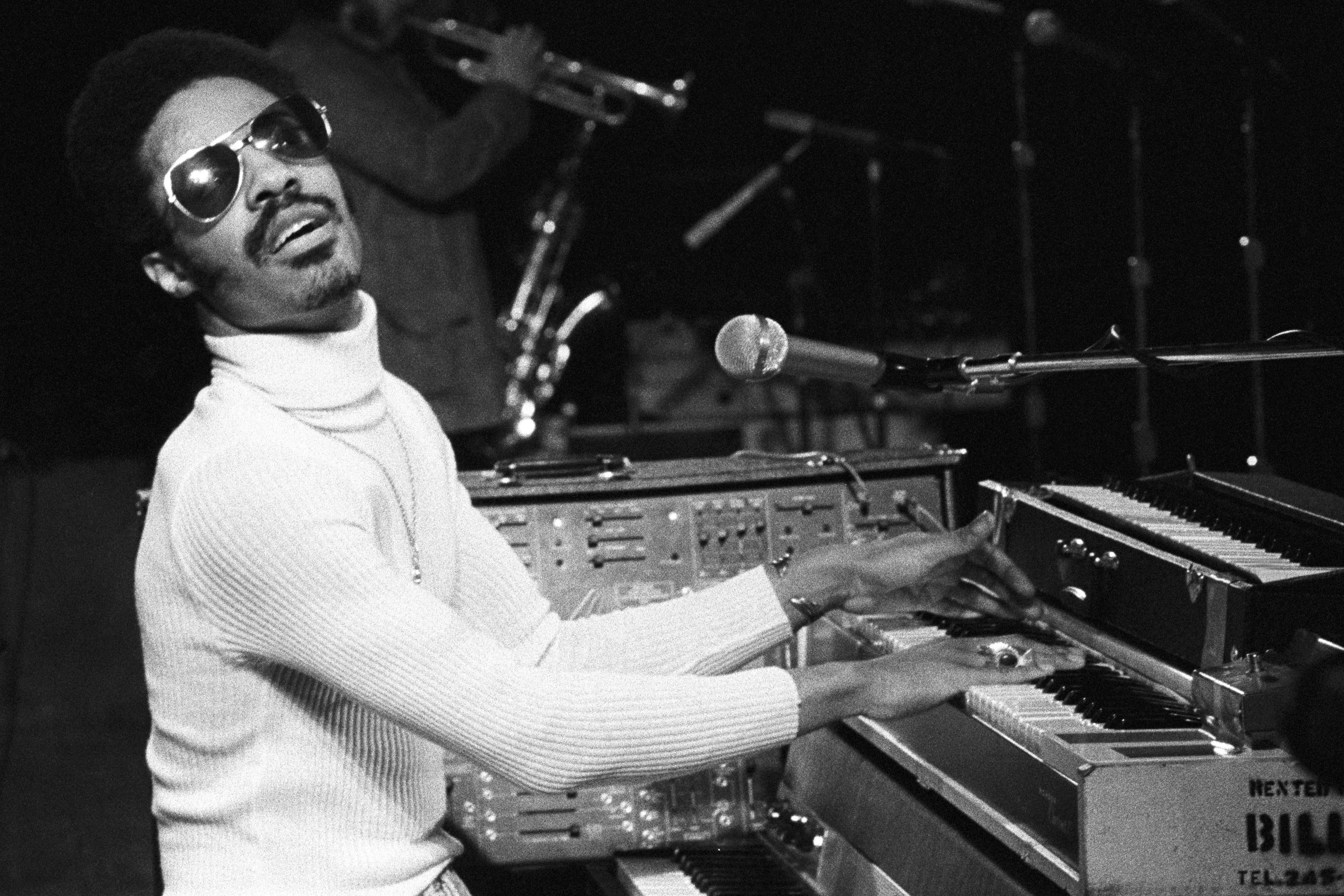 As we went February with no newsletter we have our first reveal for next week’s DLC! It’s a returning artist that Bassists should be pleased with.

Let’s check out what RollingStone222 has for us!

The grey boxes are definitely a clue 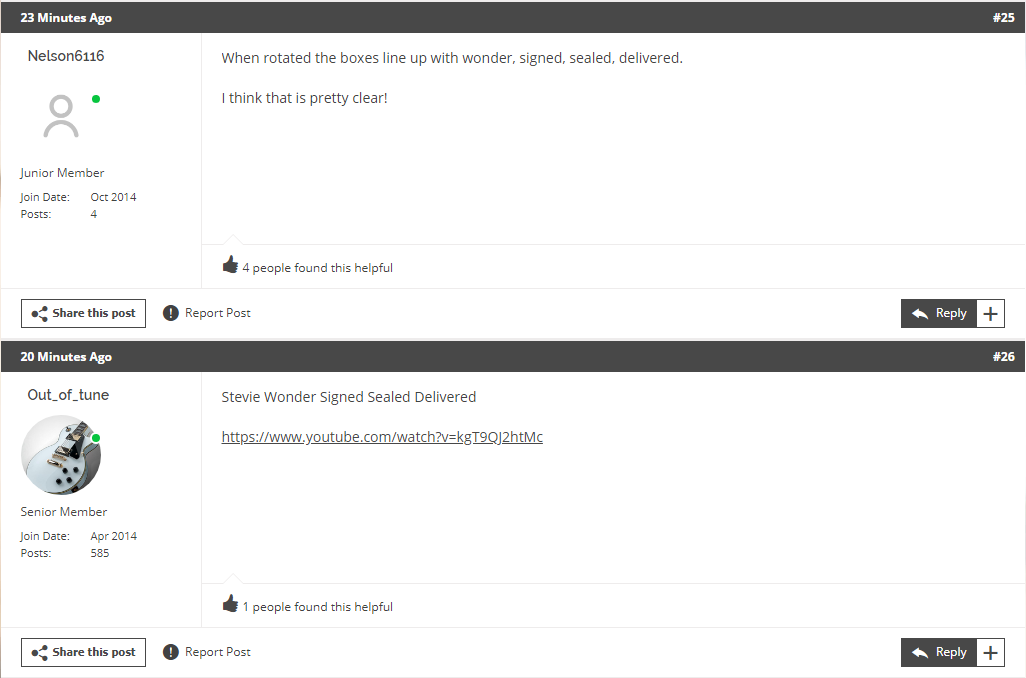 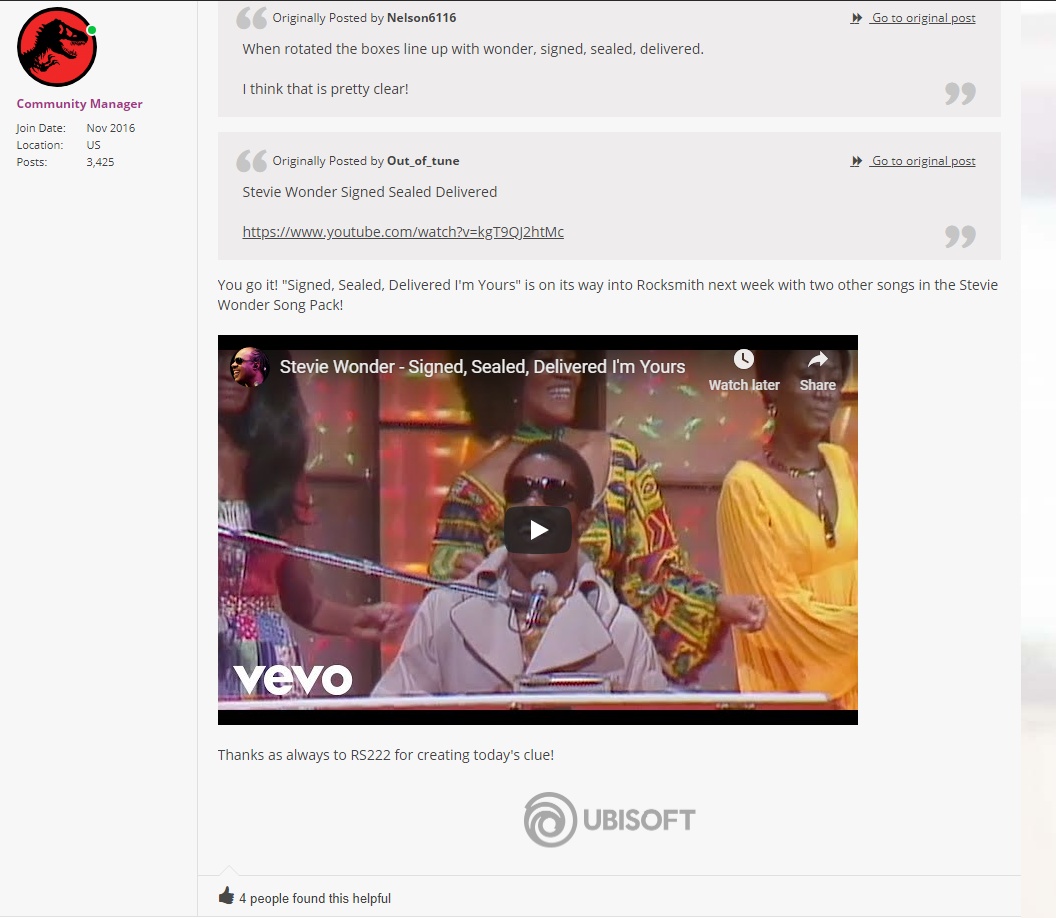 This is the first appearance of Signed, Sealed Delivered (I’m Yours) in a music game!

What other songs will join Signed, Sealed, Delivered (I’m Yours) in the Stevie Wonder song pack?

Could go on forever

Are you excited for @StevieWonder to get a full song pack? Or are you skeptical of the amount of lead guitar? Let us know!

When you believe in things that you don't understand, then you suffer. Superstition ain't the way. pic.twitter.com/ekr7Eyr1gp

Oh my, I love Stevie <3
I already know this will be a good pack (but Superstition has to be in, indeed)

Finally! Good gawd I’ve been waiting for some Stevie. “Signed-Sealed-Delivered” is fantastic and totally within range for even beginning bassists. I would love to see “Uptight, Everything’s Alright” as well. I gotta think that “Superstition” would be in there as well, but I’d understand about 20 other choices as well.

Now. If only we could follow this with an Aretha pack.

This is awesome. So many amazing songs -- no clear ‘must’ -- I’m almost hoping for a surprise. I don’t care about solos if the rhythm is fun and its a good song -- and with Stevie its going to be a good song (IJCTSILY and McCartney duets excepted)

Not sure if Superstition should be there unless we get the Beck or SRV versions…
https://music.stackexchange.com/questions/40807/is-there-room-for-an-electric-guitar-in-superstition-stevie-wonder

Wow. Feels like Ubi’s calling the shot before hitting a homerun. There really aren’t any bad choices with Stevie; however, with a 3 pack I guess there’s no room for deep cuts.

Voting for Superstition and I Wish.

(curious. Would it have been too predictable if I had said Master Blaster and Boogie on Reggae Woman?)

A bit advanced for me perhaps but happy to see this pack. I would quite like if I Believe was in the pack

Nah. Signed has a few little fast parts but that one is not terribly hard. You should totally be able to do most of it.