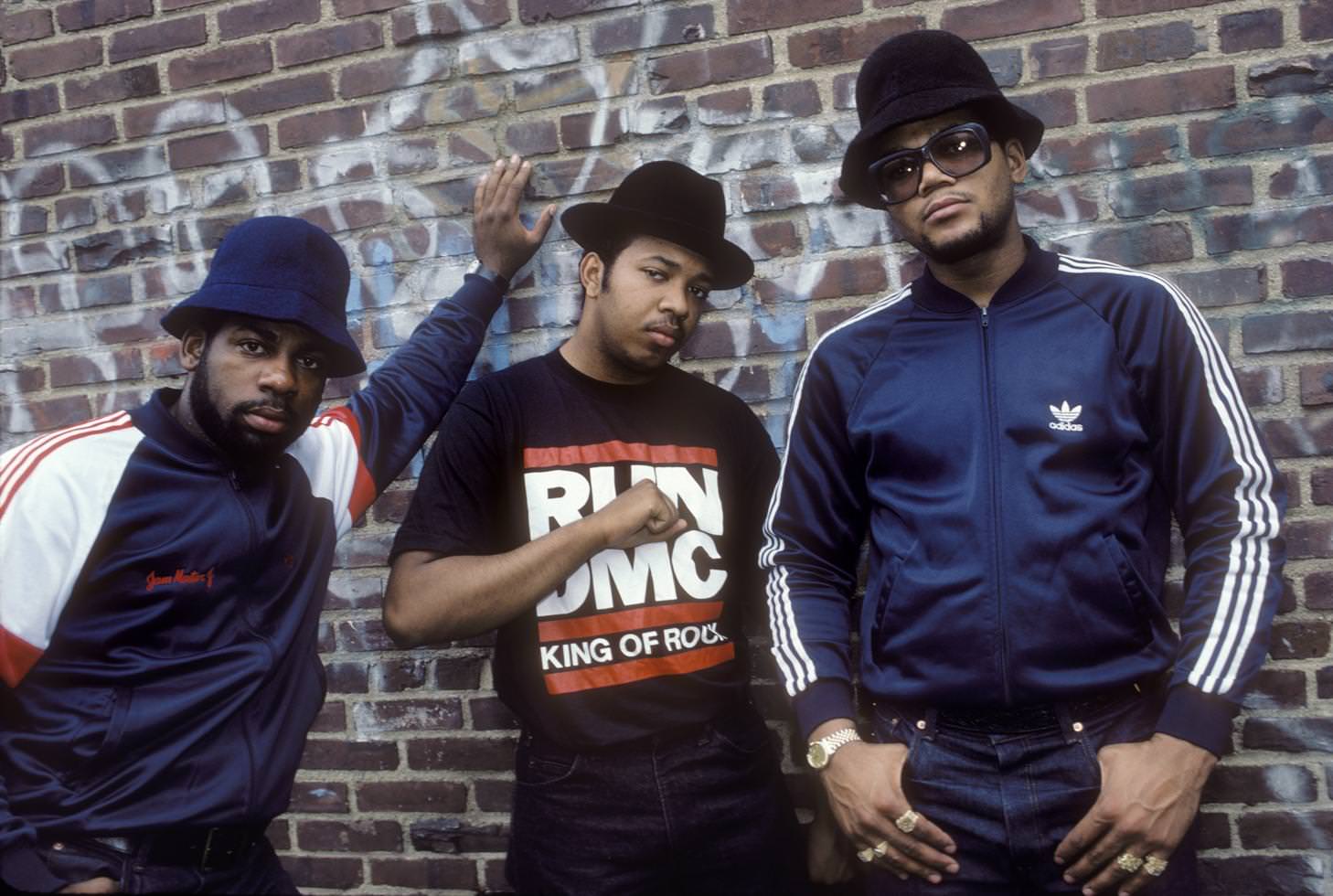 What up Rocksmith fans!

RollingStone222 posted a clue for next week’s DLC, right on time, but it wasn’t too tricky… 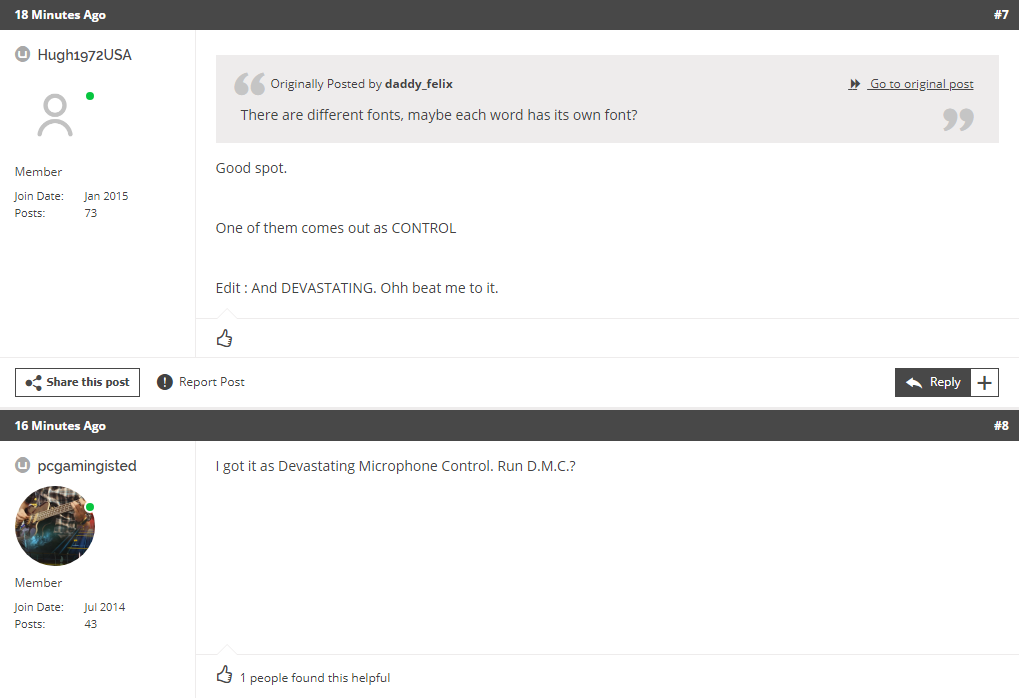 Oh snap! What song though? 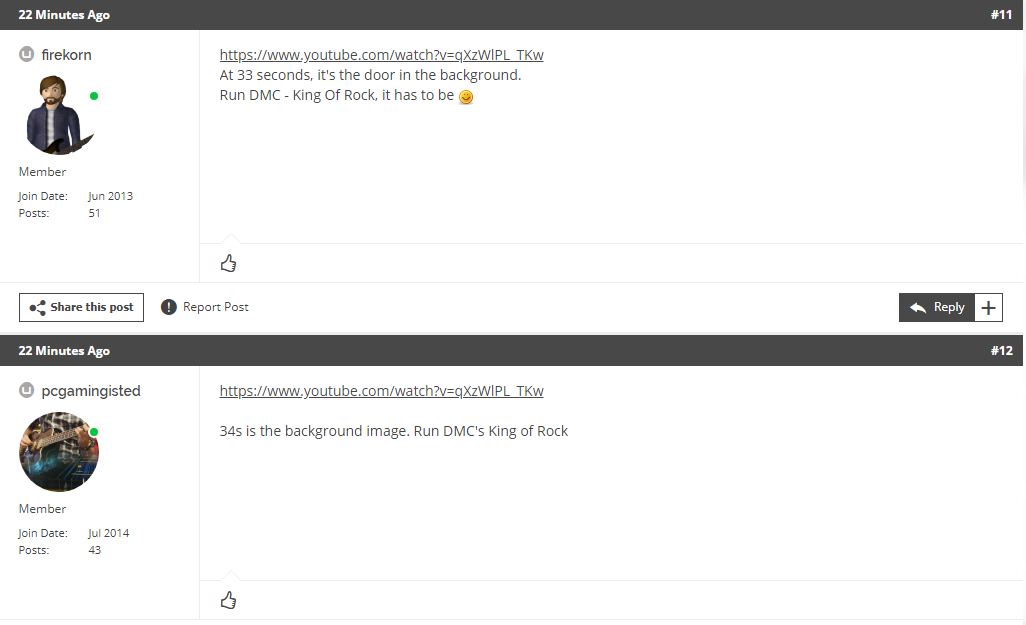 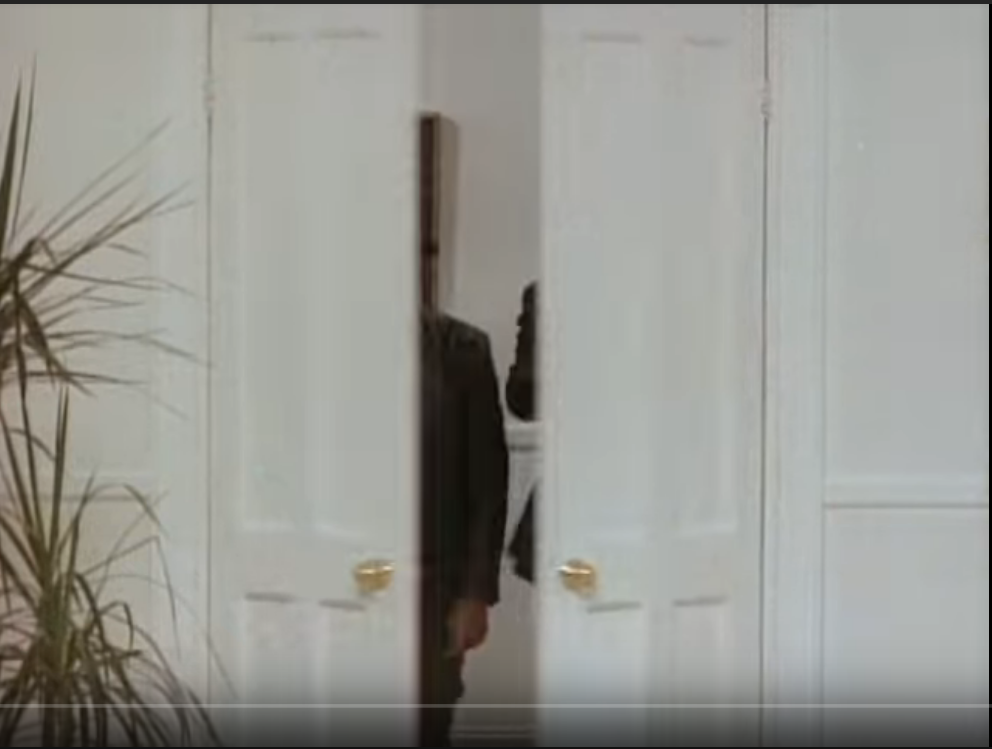 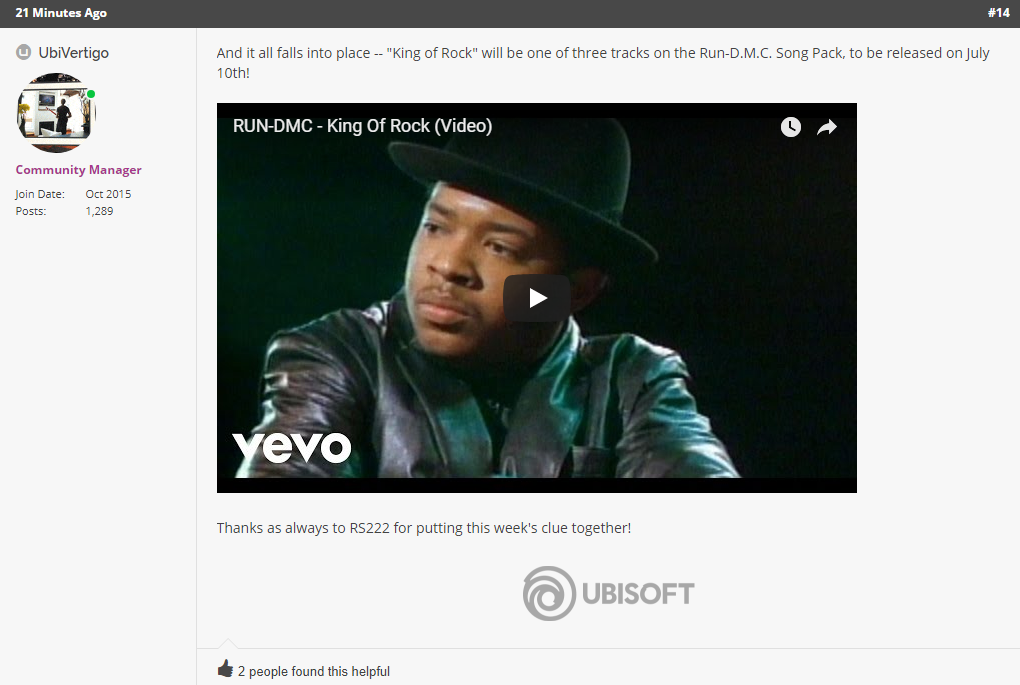 This is the third appearance of King Of Rock in a music game!

That’s how I first heard it though…

What other songs could we see join King Of Rock next week?

I mean, that would be something that’s right on time

Tasty licks in this one as well

@OfficialRunDMC comes to Rocksmith further expanding the diversity of the 1250+ song library! Are you excited for this song pack, or are you here to make a comment about it being called ROCKsmith not RAPsmith? Let us know!

I actually don’t mind some rap in Rocksmith.

I was excited about Beastie Boys but only Sabotage was really fun, the rest were too simple and repetitive. I hope this pack is more than just a few power chords over and over. Now If they released every Rage song ever recorded I’m pretty sure i would get it that is the only rap rock band that stood out ever

Oh, I’m done. Having another Marley Moment here. Like last year after the Marley pack, now I’m not too concerned with whatever DLC remains for 2018. (unless of course we hear from Dr. Funkenstein and Mr. Hazel.)

I remember mentioning this last year. The fact that we got the poppy side of OutKast probably opened the door for the Beastie Boys. Following that, there’s a chance for Run DMC to show up.

Good call on all the picks. Since it’s a 3 pack, most likely they’ll pull from the Essentials or G-Hits (It’s Tricky or Tougher than Leather and most definitely Rock Box).

Oh and I’m surprised no one said this in the forums. That image with the white doors is from the video for the confirmed song, King of Rock. This is when Run DMC walk into the museum.

These guys are in the rock n’ roll hall of fame -- somehow. Their connection to rock is rather slim imho. They collaborated with Aerosmith but most their songs are not rock songs by any stretch from what I’ve heard which admittedly isn’t much.