Let’s have a quick look at @UbiParadise‘s clue: 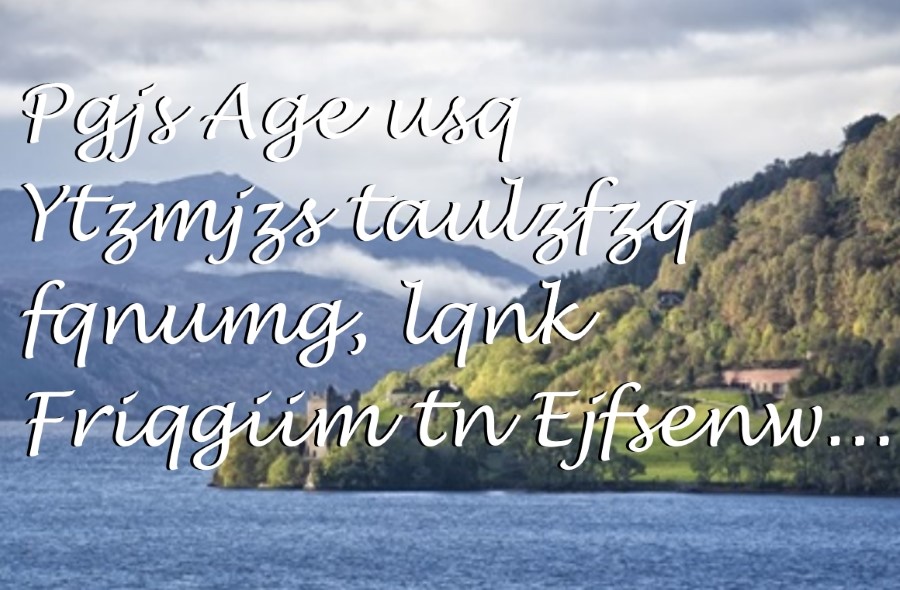 The picture is of Urquhart Castle from Loch Ness. 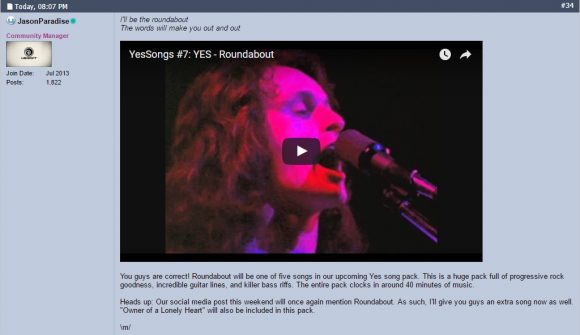 Prog fans, if you’re still working your way through that Dream Theater pack from a few weeks ago, get ready for yet another huge challenge. Bassists looking for more epic basslines should be thrilled, too; the recently deceased Chris Squire is one of Progressive Rock’s most revered bassists for good reason. Let’s see what’s been confirmed thus far:

Also a popular DLC track from the ill-fated Bandfuse.

Since we know it’s a five-pack containing over 40 minutes of music, and considering October’s Newsletter hint, it’s likely we’ll be seeing the longest song ever put on Rocksmith in this pack. Here are a few contenders:

(That last one isn’t so likely since it’s almost 20 minutes long, but you get the idea)

As for Yes’ poppier fare, I would personally like to see the following:

So what do you think, Rocksmith fans? Does this news make you say

Let us know in the comments below.

Happy for more DLC, but would rather they fix the bugs first, I can’t play half the time because of DLCs disappearing or the game locking up before a song starts, and I know I’m not the only one.

Wishing for Close to the Edge and Gates of Delirium… however, I would settle for anything with Steve Howe on guitar.

Now we can play along to the memes

I hope Changes is in this song pack!

i cant wait to bass roundabout

I requested HEART OF THE SUNRISE, so there’s that. Here’s hoping we get THE GATES OF DELIRIUM.

Some trash dlc wise this year haven’t bought one tune.

Roundabout and Owner -- two of the obvious (but AWESOME!!) choices for this DLC. Love it!!! 😀
As for the other songs, I hope for Starship Trooper, I’ve Seen All Good People and Changes (in my opinion the second best song on 90125). 😉

after breaking my heart last week, you totally redeemed yourself. Long distance runaround, heart of the sunrise and seen those good ppl pls.

No, the stream will be Audrey, Myles, and Tim playing songs of their choice

Wow, they are really bringing it! DT and now Yes.

Lol, yeah, I was thinking that those punk rock packs that I like to rag on might start looking a little better after next weeks lesson in “biting off more than one can chew”.

Hoping for Long Distance Run Around, Heart of The Sunrise, and:

Those plus starship trooper! 🙂

You know any Yes pack has to have Leave It. Probably not so I would take Seen All Good People, Starship Trooper and Love Will Find a Way.

Zappa did a great cover of OoALH

YES! I’ve been waiting for this since the beginning! As long as we get “Seen All Good People”, “Roundabout”, and “Owner of a Lonely Heart” I’ll be happy.

Lol what is the correlation between Yes and Tool? I don’t know how the release of Yes might suggest Tool in the near future?

Depends on how stubborn Adam Jones is. Sadly, he isn’t exactly known for dishing out licenses left and right. :/
Part of the conditions that the developers of Guitar Hero World Tour had to fulfill, to get the license from Jones, was that the songs had their own “venue”. And from what I’ve heard, he wasn’t too thrilled with the result. 😛
But still : Fingers crossed!! ;D

Very excited about this pack.

YES! AND IT’S A FIVE PACK! AND IT HAS A LOOONG SONG IN IT!