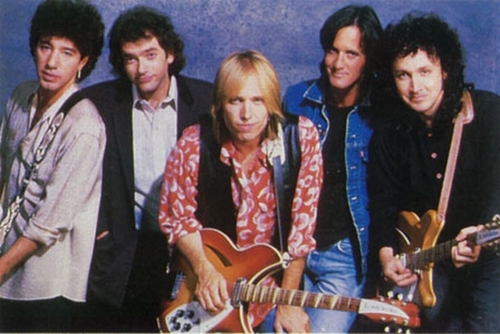 Well, who saw this coming! Rocksmith 2014 is out for Xbox One and PS4 tomorrow, and the DLC has slowly been releasing over the course of the day. While most of it has been old DLC, there was one interesting release with 5 Tom Petty songs being put out. Why is this so interesting? Well, the only Tom Petty in the game is Good Enough from Rocksmith and Mary Jane’s Last Dance from Rocksmith 2014. Featuring 2 solo Petty tunes and 3 with his band The Heartbreakers, this also marks the first time some of these tracks will be released as DLC in their original studio versions!

These songs seem to be purchasable right now, but only for the new versions. Could the Tom Petty tracks be a timed exclusive to the One/PS4 versions, or is this simply a case of something going out in to the wild by accident? I’m strongly leaning toward the latter, but having timed exclusive DLC could be Ubisoft trying to add extra motivation to upgrade to the newer versions. The only thing that we know for sure is that there IS indeed Tom Petty DLC coming to Rocksmith, and I for one couldn’t be happier (even if there’s no sign of Don’t Come Around Here No More…)!

So, what do you think of the Tom Petty tracks? Early release snafu, or One/PS4 timed exclusive. Let us know in the comments!

Just a brief update. The dlc issues on XBone are slowly resolving, I expect my library complete by the end of next week. Still a great version of the game and I am enjoying starting fresh. Just wish I had played all of the core songs before I doubled the track count so that I could have earned the achievement a little easier.

Thats enough reason for me to get an XBone. I love Tom petty.

Really wish they had “Runnin Down a Dream” but Tom has so many great songs, that two more DLC packs could probably be released for him. Looking forward to this one a lot though

I would say I’d never forgive them for that omission, but considering Bold As Love is in the Hendrix pack, I really can’t say anything bad about them.

Both “Breakdown” and “Runnin’ Down a Dream” would make excellent choices for another pack someday. I won’t give up hope, as I feel many artists will eventually get a “Pack 02.”

I would strongly advise against the Xbox One version for a while.

The singles from my DLC library are hit and miss. I was able to access “The Thrill is Gone” and the system recognized my existing licence. This is not true for “Simple Man” which I also purchased as a single.

The only song pack available is Bachsmith and it just charged me $9.99 for the DLC I already own. (It was $4.99 originally). In addition there are some other serious issues. Aside from no other song packs being listed, singles from those packs are showing. If you own song pack licence you still have to pay to download these singles. For instance, no Queen song pack (which I own) but “Bohemian Rhapsody” is listed. Unfortunately, to download this track I would have to repurchase it as a single or wait until they yank some heads out of some unsavory orifices.

Long story short, the game itself is great, slightly sharper, better sounding and exactly what I wanted. My DLC library, on the other hand, doesn’t look to be accessible any time soon.

Give it some time

I do not think it is unreasonable for these things to be expected to work day 1. its not like its a new game or new feature.

The Xbox store was just glitching. They released the game last night and had tons of issues. The DLC library is so huge that titles were being added and removed throughout the night. I can guarantee that this is future DLC and Microsoft pooched it.

If this is motivation to upgrade to the newer versions, give it to us on PC already, we aren’t upgrading any time soon!

I’m shifting over my giant ps3 dlc library to steam. The only reasonable way to do it is to wait for a steam sale. Add this pack to the list.

I am a PC gamer first and only bought a PS3 for the original Rocksmith and now 2014. Can’t justify a PS4 no way.

Beautiful. I won’t touch the current-gen DLC since its not cross-buy that way, but any Petty is welcome (even if most of those chosen songs are guitar lessons 101 kind of stuff).

It is if you stay within the same console family (i.e. your existing PS3 DLC will work with the PS4).

cool, I like those songs apart from the creepy as hell ‘freefalling’. Those lyrics, it sounds like he’s singing about a 15 year old and it is SO Creepy. But the others, great!

He probably was. That kind of stuff was (still) considered (semi)acceptable at the time.

Good news! (Missing “Runnin’ Down a Dream”, “Into the Great Wide Open” and “Runaway Train”…)

“Runaway Train” would be really fun, but it’s by Soul Asylum. It does sound oddly like a Petty track though!

It will, Ubisoft of course just accidently released it early (it’s back to being unpurchasable). Remember when Steam leaked a ton of DLC or when Champagne Supernova was released early on EU PS3.

I am sure these will be available to those of us on different platforms.

On another note, I believe there may be an announcement tomorrow regarding a December dlc, according to Paul in an earlier tweet.

Also, according to Dan (I think), major dlc announcements will not be via weekly puzzle, but general announcement.

Either way, the Ubi team continues to provide some excellent content for all. I have my own wish list and am not always going to be stoked on many dlc, but it is neat to get weekly stuff. Cheers, Ubi team!

I believe Dan said the major DLC releases would be announced straight-up (like Hendrix today) as opposed to the weekly DLC puzzle. Of course, that statement may have been buried in the huge 11/4 puzzle thread and I may have misread.

Either way, they’ll let us know when new shit is out! Jimi! Petty! More to come!

Im pretty sure they said that people who get the PS4/Xbox One versions won’t get any special DLC or exclusive offers.

Bobby you might want to check this out directly from the Rocksmith 2014 — PlayStation 4 & Xbox One FAQ:

My HTML coding is bad. I left off this from the above post:

Q: What’s this “free Jimi Hendrix DLC” offer I heard about?
A: We’re releasing 12 Jimi Hendrix songs as DLC in mid-December. If you buy the PS4 or Xbox One editions of the game, you’ll be able to download all that content for free until January 31. More information is here.