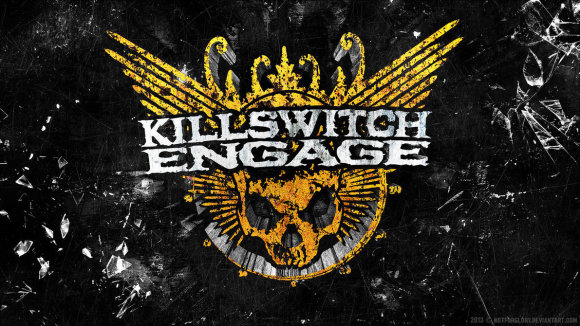 This last week saw the infamous DLC hint that finally stumped us! It wasn’t until Monday afternoon that we found out what was coming. That’s when we found out that it was going to be a 3-pack of modern metalcore masters Killswitch Engage!

While The End of Heartache and My Curse were to be expected from this release, the big surprise is that we got their cover of Dio’s Holy Diver, especially when you consider that we got the original two weeks ago. If you think that the charts will be the same, however, fear not. As the Killswitch Engage version of the song is played in Drop C, we’re virtually guaranteed to have a different chart, so if you’re looking for an alternate interpretation of the song, then I strongly recommend picking it up!

If you fear tuning down, then you may want to note that all the songs are in Drop C. If you’re OK with down-tuning, however, then this is definitely going to be a fun pack!

Are you excited to have more great metal in the game, or is Killswitch Engage not your cup of tea? Let us know in the comments!

Well these are fun! They aren’t as hard to play as I expected either. Having some note recognition issues which is stopping me getting past 92% on end of heartache, which is annoying. I know I’m playing the notes correctly, but the game just keeps claiming I’m missing them. It’s the section on the G and B at frets 10/11, then 9/9, then 8/9, then 12/13 -- it won’t ‘hear’ the 9th fret on the G string on the 8/9, the rest, spot on every time, that one note, it says I miss every time when I’m not missing one. It’s really annoying!

how ’bout something a little more funky?

Singles are up on psn, but not the pack yet.

Good luck with getting it back from Sony

we get that… holy diver , and we wont get All Along the Watchtower

Obviously, this three pack won’t please the crowd, but the tracks we received are still welcome in my game! I’m incredibly shocked about Holy Diver’s inclusion, since we got the original a few weeks back.

Admittedly this is a bit of a let down for such a hard-to-crack DLC. The biggest obstacle for me though is Drop C, I just can’t get it to sound right on my 4-string and am hesitant to try on my 5-string.

Glad i held off on buying Dios Holy Diver now, I like the KSE version much better but it does seam like a waste to have both should had This Fire also

I agree with most, having a Holy Diver cover is a waste of a KS slot. I’d rather have…
this is absolution
starting over
This Fire Burns
Rose of Sharyn

Nice! I loved this band when I was in high school, so I’ll definitely pick this up. However, I would have liked another song instead of Holy Diver, but I’ll take it.

I really like Killswitch Engage and I think their version of Holy Diver is awesome but I’m upset that it was picked, specially just a few days after releasing the original. That was a total waste of a KSE song.

YESYESYES!!!! I just love them!

holy diver? Really? Well that’s turned this into a 2-pack for me instantly. I just bought the Dio version, i don’t another. I was quite pleased about this, still not much of a challenge on bass but I like the band so I will at least enjoy playing it. But Putting Holy diver in is a huge mistake if you ask me. But I know you didn’t, so I’ll go now.

Ok, I retract this entire comment, and feel a bit stupid. I just listened to the Killswitch cover and I was very wrong. It is significantly different enough to totally warrant having it in. SORRY!

Converted in two and a half hours. Nice.

The cover can’t amount to the original version, but they reinforced what made it metal back when it was released. It’s still fun enough to have it included, and it’s one of the songs everybody associates the band with!

Great, 3 new songs for my Standard D/dropped C-tuned guitar.
And I prefer this cover of Holy Diver to the original (sorry, but I never liked Dio).

Why do we need the Holy Diver cover?

that’s what I thought, but I was wrong. It’s an awesome cover with some significant differences.

I might get the whole pack, but won’t play until Thanksgiving Break (curse you college essays).

Not a big *core fan but these guys can certainly play. Will be good to practice some doom tuning songs for potential jamming with folks.