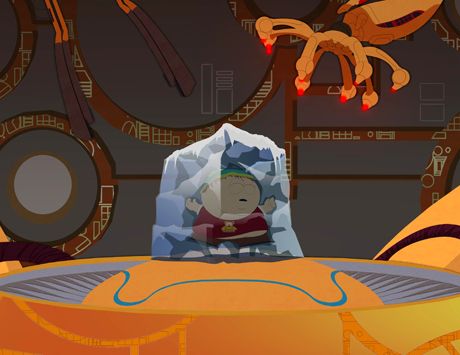 Today Rocksmith’s UK page confirmed that there will be no more DLC released for Rocksmith 2011 till the new Rocksmith 2014 game launches. If you’re outside of the UK you will not be able to see this update, but thankfully pcgamingisted on Reddit has grabbed a screen shot for us yanks. 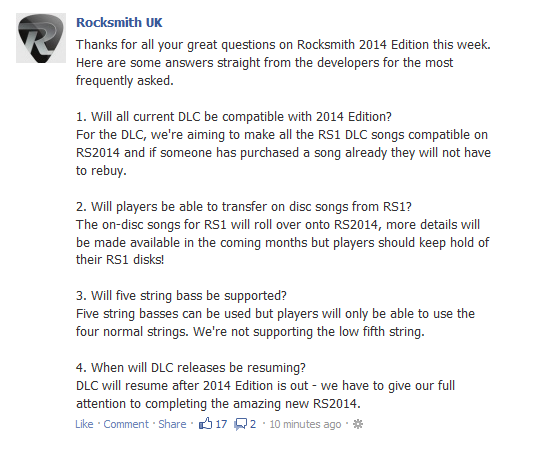 They want all the DLC to work on Rocksmith 2014. Music Licensing likes to interfere in stuff like this, so let’s hope that all our songs we paid for join us in October!

The import is now 100% confirmed, how much will it cost? What songs will get left behind? (MUSE has a history of doing that with other franchises like Guitar Hero) Lastly, how is it going to work?

The new Rocksmith website mentions new techniques, so might we assume that part of the reason DLC is stopping is to upgrade our existing tracks on both DLC/Disc with these new techniques? Optimism is fun! 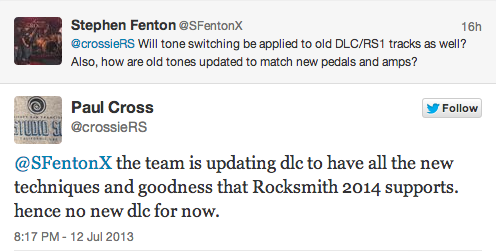 Whoa, calm down. Go work on that Afterlife FC for the next 4 1/2 months.

This is a bummer -- if they had spaced out the earlier DLC every week, this wouldn’t have happened.

Guess I’ll be checking out more songs on Guitar Pro.

you guys act like 14 year old immature bloggers with your insulting pictures. I don’t understand why you don’t think a little bit of professionalism is a goal to strive for.

Just trying to find the humour in the situation. Sorry that you didn’t appreciate the satire.

Sorry, I thought it was spiteful, my mistake.

Bah! Can’t please everyone all the time… or ever. But I have Guitarbots.com to keep me busy enough. Even bought Rock Prodigy.

I like this generation of let the computer HEAR my notes and grade me as I go. Want MORE MORE MORE!

I started Guitar in April ’13 and L O V I N G it! Bring on 2014 and Bandfuse and still wondering if Harmonix is working on something.

“Still wondering if Harmonix is working on something.”

Harmonix assisted with BandFuse, I doubt they are going to make another incarnation of Rock Band anytime soon.

also Rock Band is what triggered all this for me. Have every track (non-indy) for All Rock Bands… Still jump on it now and then for drums. But I didn’t know Harmonix helped with Bandfuse. That’s cool!

I thought they’d be doing their own version of these until I read that. I saw on their site that something will come later on, but if it’s the plastic guitars again, I’ll pass. Hooked on the real deal.

Thanks rocksmith for teaching me guitar, I just took a guitar class, learning all kinds of tabs. Don’t listen to the haters, 95% off all the songs, disc and dls rock. Stuff like Santana and rush, will take years to master. I can’t wait for Rocksmith 2014. 🙂

Here’s an idea to anybody who relies on DLC, uh… GO PLAY TAB. It’s free, constant and has everything you want for the most part.
Go buy an acoustic and play all day everyday, I can’t even think of the last time I put Rocksmith in… I don’t think they intended for it to be a lifeline for guitar players…

Yeah, if you think about it, this actually means there will be no more DLC for RS 2011, since the RS 2014 DLC probably won’t be backward compatible.