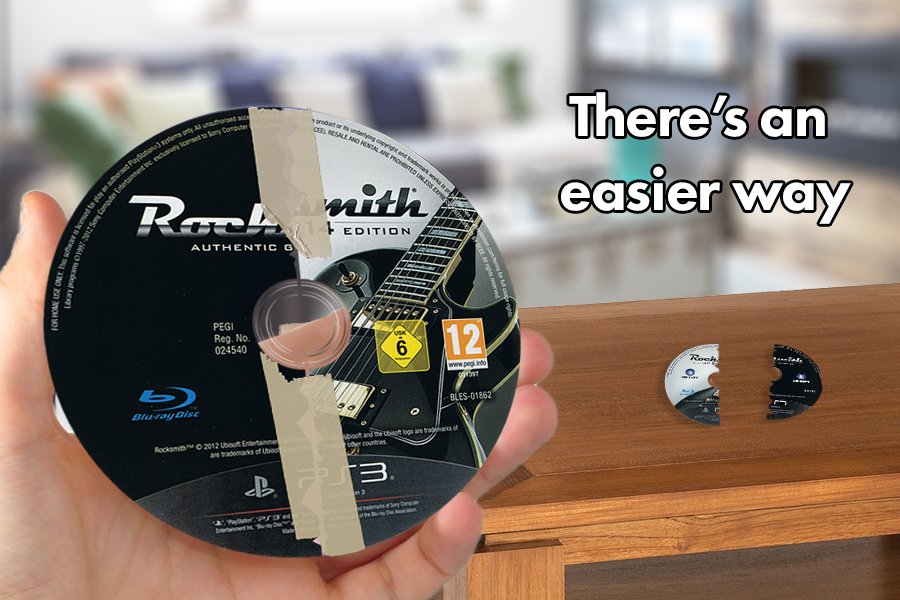 Did you know that you can get 52 songs on Rocksmith Remastered for under $20? Since 2013 we’ve had the option to import the setlist (minus five songs that couldn’t be re-licensed) from the original game into our current superior Remastered game!

The processes however vary across platforms (Xbox, Playstation, and Steam).

Keep in mind this is for the ON DISC SETLIST. If you want to purchase any of the DLC from Rocksmith (140 songs available!) you can do so without ever owning the original Rocksmith game!

Let’s get the simple one out of the way…

First thing you want to do is buy Rocksmith (it often goes on sale these days). It’s a SteamPlay title so it doesn’t matter whether you have a PC or Mac – it’s the same steam key so any authorized reseller is fine!

Once it’s purchased there’s no need to install it (unless you really want to play Sunshine of your Love or Run Back to Your Side), in fact if you are on Mac OS you won’t be able to play Rocksmith 2011 at all, so having it purchased (and not installed) will be enough to complete the Import Tool procedure.

Once purchased the songs from the first game will appear in your Rocksmith Remastered Setlist! 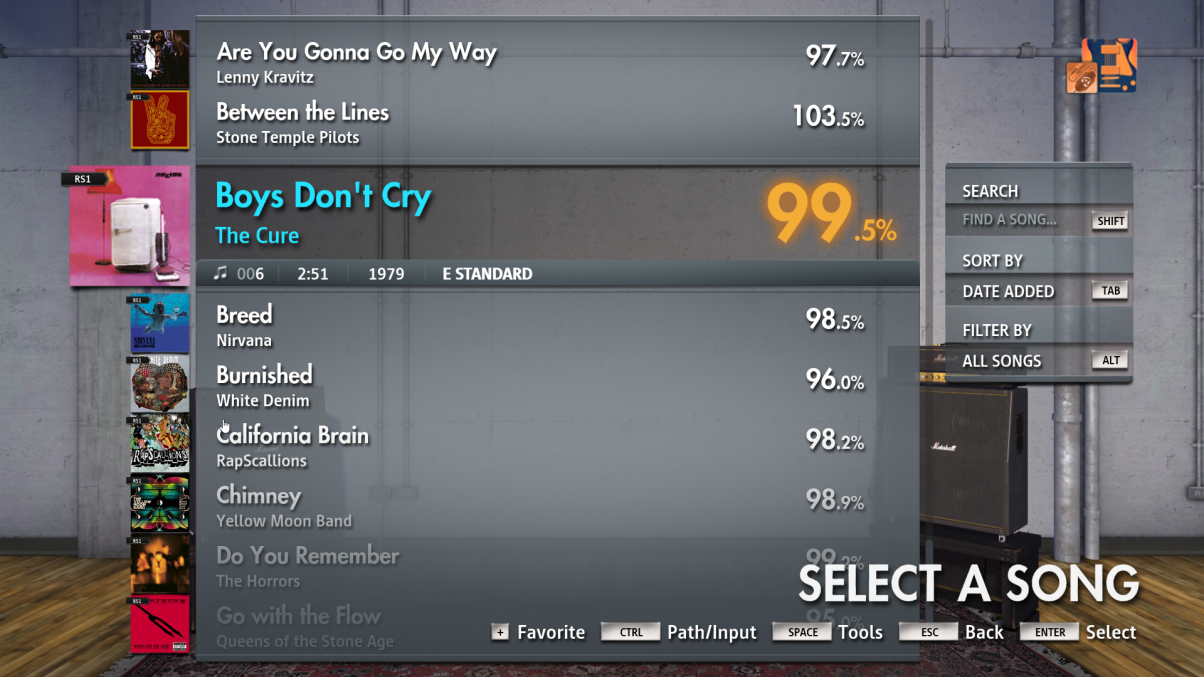 If you are new to Rocksmith altogether, then with a sale you can get Rocksmith 2014/Remastered + RS1 + Import Tool for about $30! That’s 116 songs on your first day, not too bad right?

This one is a bit more complicated, You will need to have the achievement for completing the soundcheck in the original Rocksmith (basically you have to go through the introduction tutorial). If you don’t own the game for Xbox 360 it’s possible to find a trustworthy friend to sign into your Gamertag and get the achievement for you on their own Xbox 360.

Alright great, you got the achievement, now what?

Keep in mind, you MUST go through the IN-GAME STORE this will not show up on Xbox.com or on your Xbox Dashboard outside of Rocksmith 2014 Remastered.

This is pretty much exactly like Xbox except for the fact you have to buy the Disc Export Access item from within Rocksmith.

You will need to have the Trophy for completing the soundcheck in the original Rocksmith attached to your PSN ID.

If you don’t own the game for Playstation 3 it’s possible to find a trustworthy friend to sign into your PSN ID and get the Trophy (basically they have to go through the introduction tutorial) for you on their own PS3.

Also, on PS3 the game is region locked which means your copy of Rocksmith and Rocksmith 2014 must both be from the same PSN store (example US) 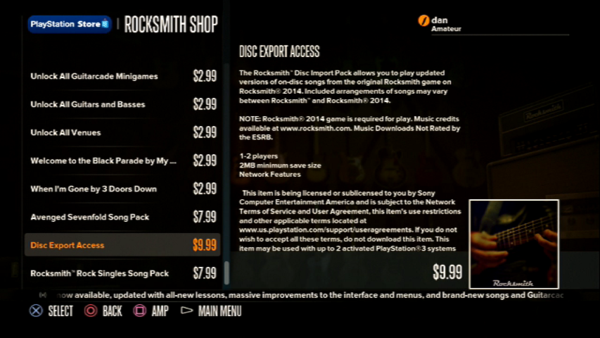 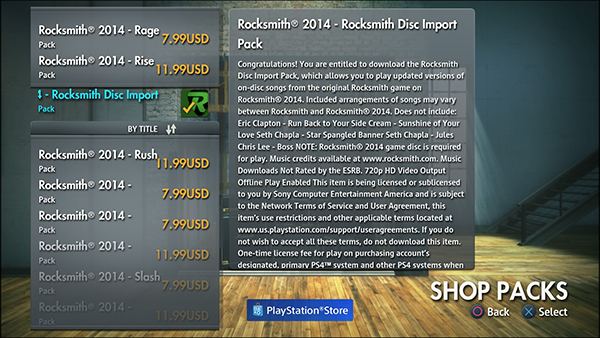 Purchase it and get ready to rock!

Songs that don’t transfer from Rocksmith to Rocksmith 2014 are in RED.

Have you already exported the 52 songs to Rocksmith Remastered? Did you have trouble with the process? Let us know!