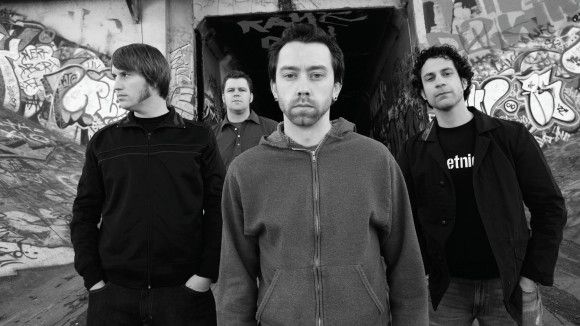 The hints are out, and the songs have been revealed. Next week’s Rocksmith DLC will feature songs from The Vines, Rise Against, and Modest Mouse! 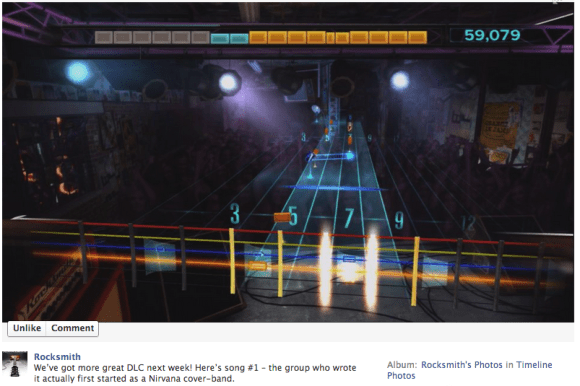 Wikipedia is all over this hint!

“The group started performing Nirvana and You Am I covers at backyard parties while developing their sound on Nicholls’ four-track recorder.”

It’s Get Free by The Vines! 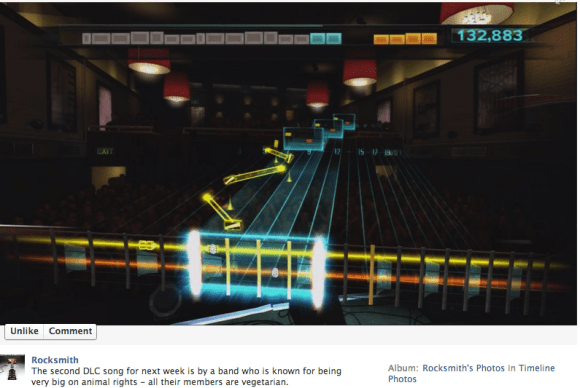 Alright sweet NAPALM DEATH confirme- oh wait never mind, it’s Rise Against with The Good Left Undone off their 2007 album, The Sufferer & the Witness. We bet Nao Higo is stoked on this track, as Rise Against is one of his favourite bands. Will it be in Eb tuning though? 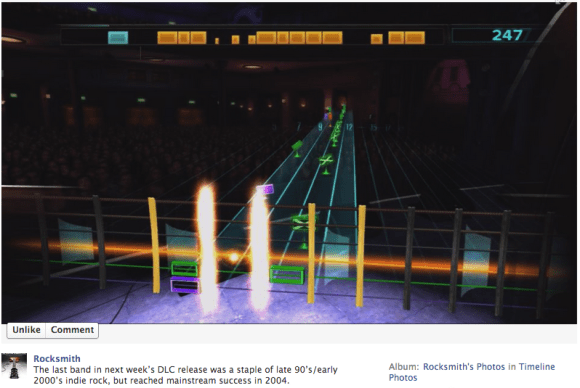 Ok now I get to be excited because I knew this riff instantly. Modest Mouse is a band I started listening to because of a skateboard video. From there I checked out a bunch of their albums and still frequently listen to The Moon and Antarctica and The Fruit That Ate Itself in completion. Modest Mouse make their Rocksmith debut with Float On!

So that’s the DLC for next week! Are you picking up all three tracks? Let us know!

Finally something modern! It's been too long since a week had my interest (last was FOB). I'll definitely be picking up that Rise Against track, and perhaps "Float On".

I believe that the Rise Against track will be in E Standard because Ubisoft prefers to chart songs in the most practical way in contrast to Harmonix who like to chart songs as they were recorded.

To be fair though (although obvious) Rock Band Pro doesn't require any tuning on the user's part unlike Rocksmith. Rocksmith supports Standard, Drop D, Open G, and E flat so it's certainly possible "The Good Left Undone" could be in E Flat.

In any event We'll find out on Tuesday!

I'm sorry to be a requester but I would cut off my right hand to play sultans of swing or layla.

… How would you play it afterwards 🙁

I've been wanting to play some rise against, they are one of my favorite modern bands.

But im a metalhead , but i love play smooth song 😉 . Elliot or mike do you know when will released some hard rock or old trash metal like anthrax , megadeth…. 🙂

Just have to wait and see

Yeah me i will buy the good left undone and float on , because im tired of not play with my guitar the last song i have buy is cult of personality. The vines get free. i have play yesterday with my old squier fender mustang on rock band pro.

Never heard of Modest Mouse before but I like the song. Going to buy that one.

we definalty need more of these kinds of songs. More Rise Against would be great

Genuinely excited for this DLC. I'll probably get The Vines as well, but I will undoubtedly be playing Modest Mouse all next week.

I'll buy The Vines and Modest Mouse's DLC. I'd like buy all them but the prices are too expensive.

Shouldn't this rather be Alternative Rock Pack 2 or something?

No you're not. You must buy this pack.