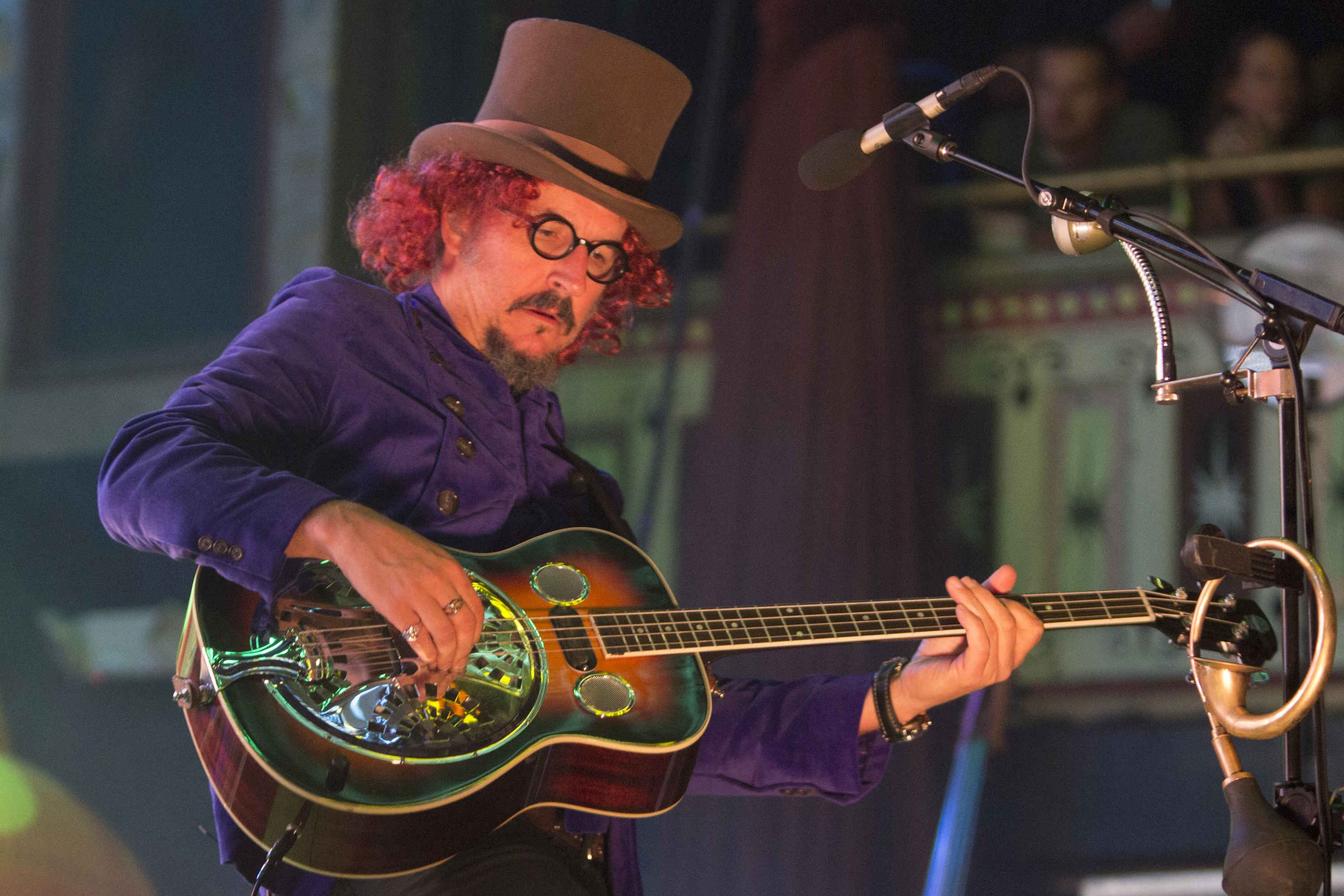 With the long-awaited arrival of Primus DLC on Rocksmith 2014, this week is most certainly shaping up to the week for bass guitarists this year. Last year, we published an article titled “20 Songs on Rocksmith that you NEED to try on Bass” detailing numerous songs currently on Rocksmith with basslines that demanded your attention. Since then, numerous new songs have become available with equally, if not even more interesting basslines, and some older DLC basslines have slipped by without being featured in that article. What better week to continue the list than this? Here are 25 more challenging, exciting, varied, and above all, interesting Rocksmith basslines most of you may have missed out on:

How did we miss this song on last year’s list? With a challenging, heavily varied bass chart that veers into numerous unexpected musical directions, guitarists and bass guitarists alike skeptical of this song’s somewhat overplayed status on classic rock radio should fear nothing when trying this song on bass for the first time. Have a look at my review of this song from November last year if you want a closer inspection of the song’s structure.

As yet another older DLC song that evaded last year’s list, Parliament’s biggest hit song certainly shows some of the group’s impressive musical chops, and this infectiously groovy bassline has been surprisingly overlooked by the 2014 community at large on YouTube.

On the opposite side of the bass DLC spectrum, Highway Star is a fast, frantic, challenging, adrenaline-fuled journey no bass guitarist should miss out on. Watch out for Roger Glover’s numerous flourishes!

John Deacon, in my eyes, has always been an immensely underrated bass guitarists. Killer Queen highlights his skill with his signature, effectively delivered syncopation, grace notes, and skillful melodic variety. It may be a bit slower and musically lighter in tone than some of the other Queen songs on offer, but this bassline is one everyone should try at least once.

The Rocksmith team certainly know how to lay down a challenging, varied bassline under one of the most recognizable themes in all of classical music. Plus, DAT BASS SOLO.

With its frantic speed, heavy syncopation, numerous grace notes and percussive frethand mutes, octave jumps, and random slaps and pops, Rio has certainly one of the most challenging bass charts in the entire game. For challenge-seekers looking for something to practice with before taking on Primus, this is your song.

Louis Johnson (responisble for the basslines on Michael Jackson’s Thriller among numerous others) ranks among James Jamerson and company as one of the most skilled and versatile session bass guitarists in the music business, and this song provides an exciting showcase of his skill and soulful groove.

With its fierce, pulse-pounding groove, frantic intro, and numerous bass chords, bass guitarists looking for something musically heavier to play along to will find much to love about this track.

Right around 1 minute, 55 seconds in is when the chart goes absolutely nuts. Noel Redding certainly knew how to lay down a solid grove.

With more slap n’ pop and Radiohead’s signature unconventional frantic rhythms and scale structures, bass guitarists looking for more songs that aren’t afraid to break convention will want to give this track a try.

And you all though this song was exclusively a guitarist’s exercise; listen more closely and you’ll find a challenging chart that acts as both a supportive and an additive bassline to the already impressive guitar work.

Much akin to the aforementioned Cliffs of Dover example, Jessica is yet another example of a frantic, challenging, additive bassline disguised as a subtle, supportive bassline. As one of the earliest DLC songs available for Rocksmith, absolutely every bass guitarist should give this challenging bassline a try.

Another fun, varied bassline with a great deal of frethand muting and syncopation, intermediate bass guitarists looking for a more advanced track to practice their syncopation on will find much depth with this infectious chart.

While all songs in the Anthrax pack are a great showcase for any bassist, Caught in a Mosh’s sudden stops and starts, tempo changes, bass chords, and jumps all up and down the kneck make it the song of choice for any advanced bass guitarist.

Frantic tempos, syncopation, and note variety up and down the neck of the bass are all pretty much common themes throughout these lists of great basslines on Rocksmith, and this one is absolutely no different. If don’t mind its rather nonsensical title and generic 70’s-rock feel, give this a try.

Would it be embarrassing to admit that, for the longest time, I used to think this song was titled “China Groove?” This varied bassline could certainly account for some of that misunderstanding (and perhaps a minor case of pseudo-dyslexia present in all non-dyslexic people).

>Came out as DLC just this month
>Already on second best bass charts list
The more John Deacon, the merrier, I say!

Am I the only one who gets an odd Crazy Train vibe from this song? Nevertheless, in contrast to the other songs in the Tom Petty pack, Ron Blair has a chance to showcase his remarkable variety in composing complimentary basslines with this track.

Reggae fans waiting for some genuine reggae to finally appear as DLC can wet their appetites with this infectiously groovy reggae-rock/ska track.

Even if you aren’t a fan of the Killers’ rather dense sound production and heavy, electronic yet still pop-ish musical style, this is still one hell of a varied, frantic bassline with an interestingly thick, buzzy tone for bassists who love experimenting with tones in session mode.

Apart from being just a beautifully composed song, bassist Mick Grøndahl gets to showcase one of the best of his precise and varied complimentary bass charts here. I was more than a little disappointed that the Rocksmith community never appreciated the Jeff Buckley DLC with nearly as much enthusiasm as it deserved, so why not at least give this bass chart a spin?

Not all 80’s commercial “bubblegum”-style glam rock/metal has to have banal, overly simplistic basslines; Alec John Such really knew how to lay down a varied, groovy, complimentary bassline that didn’t interfere with the band’s anthemic pop sound.

With a musical style and groove that, according to Soundgarden Guitarist Kim Thayill, bore a resemblance to moving helicopter blades, this song’s beginning and ending will put any bass guitarist’s skill to the test.

Watch out for that tapping section toward the middle!

So, Rocksmith fans, while you’re all having fun tangling your fingers up with the new Primus DLC, what are some of your favorite Rocksmith basslines? Did we make any glaring omissions? Let us know in the comments below!

Once again, our apologies to Iron Maiden.

Now that I think about it, maybe I should have used either Freedom or Bold As Love as the Hendrix example for this list, as both have varied basslines mostly throughout while If 6 Was 9 has just the crazy middle section.

I clicked “reply” below but it ended up here…odd.

Slow Hands by Interpol is a slamming well thought out bass line that has a verse section that feels great to come back into after a pounding chorus. And any of The Cars tunes are great for bass, especially if you try to sing along with the ones fronted by Ben Orr (rip).

Green day basket case is such a great bass part really makes that song. Rancid would be a great addition I love fast melodic bass lines

I’ve request a bunch of Rancid, and so should you 🙂

I appreciate that Alec John tried to do more than 8th notes in the 80s, what with the walls of guitars. But it’s a very similar feel to Livin’ on a prayer, except this time he’s chucking the D string in. Personally I thought G-strings would have been Bon Jovi’s thing 😛 (no one ever said I was funny)

No it was one of the first DLC songs for RS1

You’re not the only one who read it, and somehow heard it, as “China Groove”.

Great list too. Definitely a few songs on here that I’ll have to get.

You can play emulated bass, but that’s boring.

I think I’ve played most of these (if I have them), there are a couple I need to check out though. Good article, thanks!

For some new bass songs they should release a Rancid song pack! Maxwell murder has an awesome bass part!

I know it’s minor, but here’s a quick note. Give Up the Funk is not Parliaments biggest hit. That honor actually goes to Flashlight. Depending on how you view the collective “Funk” might actually be 3rd or 4th on the list behind One Nation Under A Groove and Atomic Dog.

How could you miss No One Knows? Ahhhh well, maybe next list.

I can’t remember if there was any aerosmith on the last list, but I def give a shoutout to some of their great basslines.

All are great bass lines. I think my favorite of the bunch is Rock & Roll Hoochie Koo. It just sounds right and feels good to play.

Some winners on this list. Rio and funk 49 I love, Jesus Christ pose not so much. Lol

I could go for some Bryan Adams….or more Rush haha

Neil Young would also be a huge get.

Speculation next week The Trews!!!!… Only the greatest rock band in Canada ..with all the hits!!
Is that my beer a?
99 Gretzky is fine
Where’s my molson a?
What ham? No it’s Canadian bacon!

For Canada Day? I’d rather have any number of more influential Canadian bands, like a proper Guess Who Pack or The Tragically Hip. I do really like this song though.

Totally in for more Guess Who.

“you may have missed out on” so no Maiden, Rush, Clash, etc because those are packs you shouldn’t have missed….but shouldn’t the funk pack be the same? Same with Duran Duran and Bon Jovi.

2 Rush songs were in Eliott’s article last year, so it seemed a little redundant to include more.

The main reason why I included Give Up The Funk was because absolutely no bass videos existed for it on the 2014 edition, hence why the video here is from the original Rocksmith.

Man, these bass parts all SUCK! Come on, Ubi! We want some REAL music like ABBA and the Mamas and the Papas on here! Talk about wicked bass guitar!!11!!!1!

I dare you to come to Pittsburgh! I’ll complain so much you’ll go all Van Gogh on your ears!