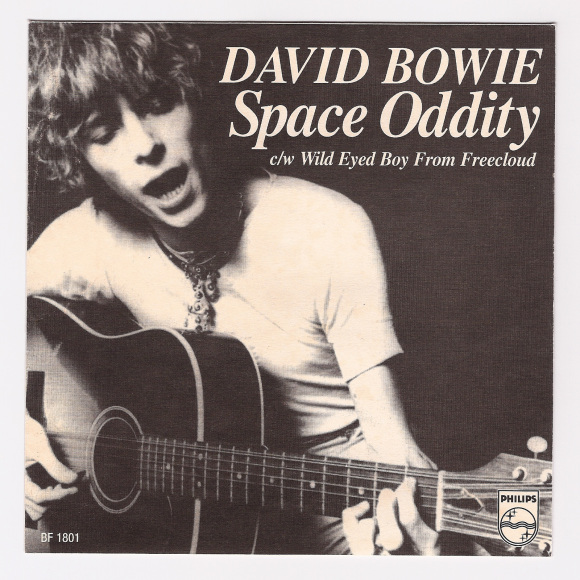 While you’re all enjoying the bluesy heartland roots-rock of Tom Petty this week, let’s have a look at some more classic rock from the Rock Hits 60s-70s pack released on January 17th, 2012, featuring hits from David Bowie, Heart, and Blue Öyster Cult.

Guess what? I’ve got a fever, and there’s only one prescription…

Terrible jokes aside, this is probably the most well-known song in BOC’s entire discography, due in no small part to the absolutely legendary Saturday Night Live “More Cowbell“ sketch. Did I mention it’s fun to play, too?

What’s interesting about all three guitar arrangements, including the rhythm guitar, is that they all have some sort of lead-like role in the song. As a matter of fact, the rhythm guitar and alternate lead have almost the exact same chart, from the mini-solos early in the song to the arpeggio-like riff played over the lead’s solo during the bridge. The main riff is surprisingly easy to master with enough practice with arpeggios and quickly switching chord shapes, and the aforementioned solo during the bridge into the final fifth of the song, while not nearly as challenging as it may sound upon first listen, serves the necessary purpose of breaking the slight monotony of the chorus. The song then closes with a surprising, yet still manageable, variation on the main riff, where only the notes from said riff on the E and G strings are played while the rhythm and alternate lead arrangements play a few mini-solos until the fade-out. It’s a decent amount of variation compared to the other songs I’ve reviewed thus far, and it’s a very welcome addition. If I had to give a recommendation, I would probably recommend this song to about mid-range players who need practice with solos and arpeggios. For more skilled players like myself, it’s still quite fun to play every now and again.

The bass arrangement, on the other hand, is quite possibly one of the most challenging to master out of most of the other bass arrangements I’ve played thus far on the legacy DLC. While it does mostly follow the rhythm to a degree, the fast changes from the 1st all the way up to the 7th frets, the slides on the G string, and the quick string-skipping segments are certainly an exercise in dexterity. I’d recommend it to any mid- to high-skilled bass guitarist.

Ah, the good ol’ days of playing Guitar Hero 3. While tricky at first due to its fast tempo, this is the easiest song of the pack to master on lead, with its heavy use of two- and three-note power chords and much briefer, simpler solos than either of the other two songs on the pack. The alternate lead is even easier, since it’s mostly a single-note copy of the primary lead with some of the palm-muted notes heard on the recording thrown in. Given its heavy use of natural harmonics, I wouldn’t recommend playing this if your guitar’s intonation is off to a degree. Since it doesn’t really offer anything substantially challenging, I can only really recommend it to beginners looking for a faster song to play or just to Heart fans who really like this song in particular. In my own opinion, in spite of its popularity, this is one of my least favorite Heart songs to listen to on its own, and I’m not really a fan of repetitive power chords.

On the other hand, the bass arrangement is a much more varied track in this regard. Much like (Don’t Fear) The Reaper, it mostly follows the rhythm of the guitar while occasionally going off and doing its own thing, including jumping up an octave from the normal chorus notes during some of the chorus repeats. It ultimately isn’t too challenging, but in spite of this, it’s groovy enough to be fun to play for any mid-level bass guitarist.

Now here’s a song I grew up listening to on the radio a lot. My father was a massive classic rock and roll fan, so the car radio was almost always turned to one of the few classic rock stations available. This song was and continues to be one of their most-played.
I also think that the story told through its lyrics is quite fascinating, especially given the time this song was written and recorded. It tells the tragic tale of a fictional astronaut named Major Tom on a voyage to the Moon, only for some unknown thing to go horribly wrong, causing Tom and his ship to lose communication with ground control and get lost in space forever. When considering the fact that this song was written during the height of the space race between the United Sates and the Soviet Union and, coincidentally, released less than two weeks before the historic Apollo 11 moon landing in 1969, its story has a lot more real-world applicability than one may expect upon first listen. Its title is also a clear allusion to the popular Stanley Kubrick film 2001: A Space Odyssey released the previous year.

On the subject of playability, this is definitely the best rhythm arrangement in the pack. It’s a relaxed, low-to mid-tempo track with a fair bit of chord variety, including the fairly unusual but really neat-sounding F Major 7 chord. The subdued Spanish guitar-style bridges into the lead’s solos also add some welcome variety in dynamics. Since the lead guitar in the original recording only really consists of the solos and the harmonic notes, the resulting voids were filled with the rhythm guitar tracks, played by David Bowie himself. The solos are kind of easy to master, but fun and varied nevertheless. The guitar tone during these segments has a really cool space-rock feel, and is definitely great for any tone-hunters out there who love experimenting with session mode.

The bass track is where this song truly shines. It only occasionally follows the guitar’s rhythm while going off on its own the rest of the time in a wildly varied, multiple octave-spanning track. It’s groovy, it’s challenging without being unfair, it has a surprising amount of variety, and it effectively drives the song forward without compromising or overpowering its haunting atmosphere; it’s really everything that makes a great bassline. For guitarists thinking about trying bass but unsure, I’d highly recommend trying this song on emulated bass and seeing if it changes your mind.

Pick of the pack: Space Oddity

Have fun, and see you all next time!

Last time I tried to play Barracuda on lead in RS 2014, the harmonic parts went into this feedback loop and crashed the game. Has that been fixed?

Admin
Elliott
Reply to  the defenestrator

Yes, that was patched on Mac months ago

the defenestrator
Reply to  Elliott

Why is everyone glossing over the fact that we cannot use the legacy DLC if we “upgraded” to the next gen consoles. Seriously, I have forked over close to $300 on this game (I know many of you have spent much more, not counting or guitars!) and still cannot access my DLC on XBOX One! Very unprofessional! Just got off the phone with Microsoft, they blame Ubisoft, Ubisoft is blaming Microsoft and Sony for licence issue. I payed $60 just so I could free up some space in my entertainment center (Rocksmith 2014 was the only reason I hadn’t given up my 360) and I still cannot access my purchased song packs. 9 days and it still is not fixed? Perhaps everyone is too busy working on taking our money for the next DLC to focus on giving us what they already have been paid for. I love this game and hate to speak ill of it, but I cannot stand the thought that loyal fans are ignored in favor of a few quick bucks from new recruits.

Listen, I understand that there is a major problem with the DLC carrying over onto the PS4 and Xbox One, but this really is not a place to complain about it.
I don’t own either a PS4 or XB1, so I cannot help you in any way. The best I can suggest is to just wait for the Rocksmith team and the console manufacturers to sort this problem out. In the meantime, you can always check on the forums here for any updates:

Again, I wish I could help, but this is not the place to be complaining.

Great article, I love Space Oddity and Don’t fear the reaper, especially on bass. Challenging and good fun too. Plus I love the songs. I would love more Bowie. Yes, i have requested some!

I LOVE Space Oddity on bass. It is so much fun and sounds so good.

But Space Oddity, I would agree on the pick for this pack! I can’t get enough of the story in the lyrics and the bass line.

Thank you for writing these. They are awesome. I sometimes forget just how many awesome songs are available. Request for you to do the Rush pack?