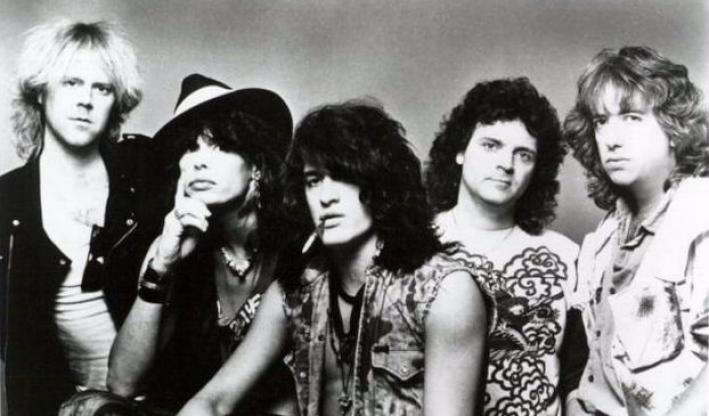 Get ready Rocksmith fans, there’s some classic rock on the way tomorrow! Check out what @Rocksmithgame tweeted today:

We hope everyone enjoyed the holidays and New Year's Eve! Our DLC train rolls on tomorrow with an excellent new pack. pic.twitter.com/EKKZULNqAT

What are the other four songs? We’ll find out later tonight, but for now, here our what we’d guess:

The last one is pretty unlikely though…

What Aerosmith songs are you hoping for? Let us know in the comments below.

Also for those with an XBox 360 in North America, be sure to keep your eye out for a pack giveaway on twitter today 😉

Would love to see:
Back in the Saddle
Same Old Song and Dance
Last Child
Dream On

No repeat artists on disc was cool…when will it happen with dlc?

Well the first week we had a bunch of singles. I’m sure it will happen again, also don’t forget about Disturbed.

When they repeat every disc artist on DLC? Well, at least the ones most people are sperging for. I can’t imagine some of those bands having 5 songs worth a pack.

They can’t keep up one artist a week forever.

Not guessing ‘I Don’t Want to Miss a Thing’?? Ha

I’m pretty sure we’re going to get at least one song off ‘Music from Another Dimension!’ …Unfortunately. If I’m right, best case scenario it’s ‘Lover Alot’.

I’d also like to see ‘Back in the Saddle’.

I feel like Rocksmith wouldn’t work well with any talk box stuff. I really hope it doesn’t have anything from Music From Another Dimension. It’ll probably have one song though.

Too many to choose from. Can we hope for a 12 pack?
Toys in the Attic, Sweet Emotion, Last Child, Mama Kin, Nobody’s Fault, Same Old Song and Dance, Back in the Saddle, Chip Away at the Stone, Dream On, Dude Looks Like a Lady, Rag Doll, Love in an Elevator

Love in an Elevator? First thing that comes to my mind after Dream on and Sweet Emotion.