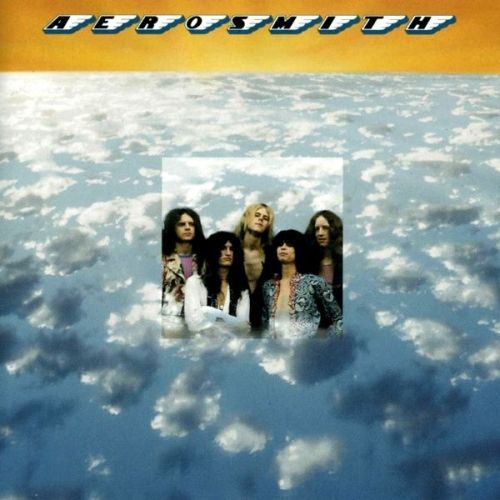 I’m not going to lie, I love Aerosmith. They’re the main reason that I’m a music lover. That’s why this is the Rocksmith 2014 DLC I’m the most excited for. Not Muse, not Radiohead, not Iron Maiden, but a 5 pack from the Bad Boys of Boston themselves! In fact, there’s only one band that I’d be happier to see…

We’re definitely in for a treat with these 5 songs, from the hard hitting classic Sweet Emotion, to the new tracks Legendary Child and Oh Yeah, to Same Old Song and Dance, a track many of you might remember from Guitar Hero III, to Dream On: easily their most legendary ballad not featured in a Bruce Willis film about an asteroid!

If you’re disappointed that two of the songs in the pack are new, you should definitely give them a listen before discounting them. They’re great rockers that are definitely classic Aerosmith in all but the year.

Upset that The Greatest American Rock Band was only given a 5 pack? Do you feel that tracks like Cryin’, Dude (Looks Like a Lady), Eat the Rich, Falling in Love (Is Hard on the Knees), Love in an Elevator and Train Kept a-Rollin’ should have been included instead? How about if you feel that Aerosmith are terrible and don’t deserve to go anywhere NEAR the Rocksmith DLC store? Tell us in the comments below!

How about Aerosmith’s older stuff. Train Kept a Rollin’ would be great, as well as: Kings and Queens (great solo in this one); Rats in the Cellar; and Chiquita. 😀

Some of this are quite difficult.. I guess I need to practice more before trying to hit some of this.
Good DLC non the less

Ugh. One of my least favorite bands--except for one song (Sweet Emotion), which I will download.

ALESTORM DLC would be great

Poor choice of songs in my opinion and lack of reggae ska is just getting laughable!

Rocksmith needs some ska. “Beer” by Reel Big Fish was the most requested single of Rock Band, I’d love to see some RBF in Rocksmith.

Check this out lol

Elliot I’ve been looking for footage of this DLC existing for the past three years. Thank you so much for finding this.

Haha wowie I misspelled your name. Hope my gratefulness lets that slide.

Alright--after watching forty-two seconds of the video, that would be pretty damn fun.

What notation are they using? Is it from a dif game?

It’s from PowerGig, we even reviewed the game way back when.

Some ska would be awesome. Idk about “Beer,” though--I know it’s one of their biggest songs, but I personally would rather hear one of the other songs on their breakthrough album, or something from Why Do They Rock So Hard?.

Aerosmith is fine, just not too happy about the song selection like many others. I was expecting one song off the new album but two songs off the new album is excessive. Aerosmith have 15 studio albums!! The song I was looking forward to the most, Train Kept A-Rollin’ was teased and never released which I’m also disappointed about.

Hopefully in 2015 if another Aerosmith pack is released, we have better luck with the song selection.

I’m actually looking forward to this one (bought the pack). I hadn’t heard the two new songs before but they sound pretty good, and the guitar parts sound fun.

I covered Dream On on guitar ages ago (my guitar instructor gave me the song pretty early in my lessons) and I love love love that guitar part.

Of the songs mentioned here, Mama Kin would definitely have been my favorite song to have had here that’s missing.

Love Aerosmith but this pack blows.

Scumbag RS: Mentions Train Kept a Rollin in the FB hint, doesn’t include it.

not the best election here…

Last Child, Back to the Saddle and many more

I thought Train Kept a Rollin was going to be included -- I think that’s their best song to jam out to.

Wow!!! What a bad choice!!!!!! I love Aerosmith but these songs….. I would have prefer all the ones names here instead of those choses by ubisoft. Really disappointed.

I was really hoping for Momakin Momakin Momakin!!!! love that riff. Only slightly disappointed with the 5 songs chosen but still too hyped that this weeks DLC is Aerosmith in the first place. Brilliant way to start the years DLC and I agree that there are very few bands (2 in my case, but we’re not getting Zep and Beatles) that i would like to see more.

Dream on no pls, They have put Love in the elevator or eat to rich.
But still, it’s a good pack

I will still buy it. At least it has Dream On and Sweet Emotion.

I see the RS Devs setting themselves up for a sweet 3 pack/maybe 5 pack with the next Aerosmith DLC. Definitley needs Train, Eat the Rich and Cryin’ for sure. Putting music off their latest album does make sense for Aerosmith from a monetary standpoint as more people will hear their new material.

I personally feel that the newer stuff should be at a discount. why is a classic that stood the test of time worth as much as a song that promotes a newer album. Usually promotional items are free so paying a dollar or so would be fair. I also think Steve Tylor has the mouth of a muppet.

Better luck next time I guess…

I think they are disappointed in the song choices.