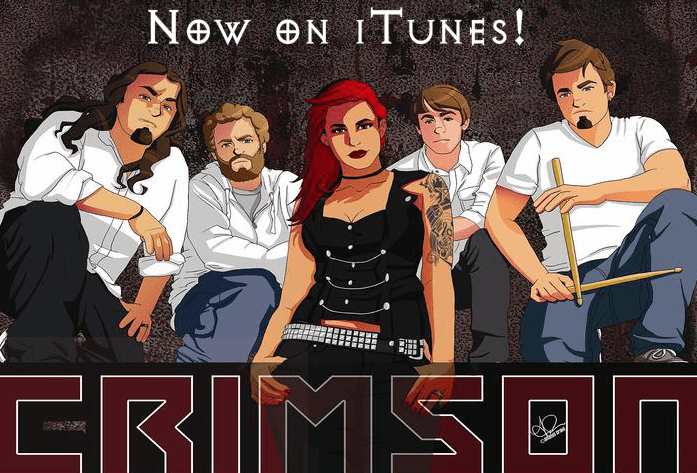 Hello Rocksmith fans and welcome to 2014! Hope you enjoyed your holidays.

Rocksmith 2014’s setlist has lots to choose from but often most people forget about the bonus tracks, or perhaps they haven’t unlocked them yet.

While in the previous game there were only six tracks (3 of them involving Seth Chapla) Rocksmith 2014 ups the ante with 11 tracks brought to you by various musical acts involved with the Ubisoft franchise.

Let’s take a look at a few of them.

Versus Them – Impossible Dreams

Versus Them returns to Rocksmith with a great tune that doesn’t disappoint when it comes to it’s riffs, melody, and solo. A recurring theme in 2014’s bonus songs if you notice will be tapping. Best get to work on that technique guitarists! The song doesn’t disappoint on bass either with it’s varied sections and heavy yet undistorted main riff.

If you enjoy the song you should let Matt know!

Many will ask “why wasn’t this included in the original game?” well I think the techniques that 2014 added shown in the play-through videos say it all. Even though the song is under 2 minutes it’s definitely a favourite that will keep you coming back.

Well this song is certainly… Interesting. The time signature changes are all over the place and it definitely has this kind of My Bloody Valentine with some Tool thing going on for it. You’ll just have to see/hear it for yourself but it definitely surprised me.

This song is pretty straightforward, I find the guitar lick to be kind of grating on the ears but the song is definitely fun to play and the bass line is definitely a winner.

Just a beautiful song all around, has a real fab four feel right? One hopes that we can buy their album eventually.

While I don’t think I’ll be mastering this song on guitar anytime soon it doesn’t subtract from how awesome it is on both guitar and bass. Would love to get more of their stuff or more post-hardcore type stuff in general.

Nicholas Bonardi returns with a drastically different song in comparison to Rocksmith’s “Space Ostrich”. This is a cool song to rock out to and features an almost Morello-esque guitar solo  (think Audioslave) complete with a tapping section. Is that Nick doing vocals as well? Hmm.

If you hang out on twitter you for sure know all about Elisa’s band Crimson and her Rocksmith DLC streams! This song has a real Paramore feel to it with a pretty awesome solo as well. Check it out!

Bedowyn – Snarling of The Beasts

Here’s a nice little D-Standard Prog-Metal jaunt from one of the developers at Red Storm. Nothing too tricky here and it’s definitely a cool sounding song.

Challenging to listen to and challenging to play, the final unlock will definitely give you a run for your money. For me, personally this is one of the greatest bonus songs ever… In any music game. I am a huge fan of Mr. Bungle so to have a bonus song that so closely resembles the type of feeling I get from Carry Stress in The Jaw… is quite amazing. It’s equally challenging on bass as you would expect for a song paying tribute to the work of Trey Spruance and Trevor Dunn. Mr. Bungle comparisons are definitely warranted as Jason Kocol (the man behind Aching Head) apparently used to run BungleFever!

Last month we asked our followers on twitter and some of the members of subreddit r/rocksmith what they thought of the bonus songs. Here is what they had to say:

@TheRiffRepeater Unlocked them all, somehow. Faves: Impossible Dreams, Don't Stop, and On Top of the World. Glad to see the RS1 theme, too.

@TheRiffRepeater Most of the songs are amazingly crafted but I don't like snarling of beasts.. LOVE impossible dreams, That solo is amazing

@TheRiffRepeater unlocking items stopped at a point (bug).the last song was from sabaka,which i love,great mix of tool an my bloody valentin

I was thrilled to learn I was about 3/4 of the way through unlocking things. Unfortunately my game froze tonight and it corrupted my save (on xbox). Now I have to start from square one. Besides having to level up all my songs (they are all at minimal level, this will be a huge pain), I lost all the songs I had unlocked. I am really going to miss “don’t stop”. I need to get that unlocked ASAP

Until they fix the crashing I’d suggest uploading your game data to “The Cloud” to avoid corruption.

How do you do that on xbox?

So far only 5 bonus unlocked,pretty much fun to play ,specially Disonaur and the Mccune beatley one. 🙂

Where do you go to unlock these songs? Does it do it automatically? Is there a section of the game you unlock them?

You can unlock them by either playing Guitarcade or completing missions

Didn’t know about Elisa’s band either. Can confirm said glitch where songs weren’t unlocking past Sabaka. I just got Sabaka, Eight Ball and one other unlocked when I logged in earlier this week.

Love the harmonics on the Sabaka song for bass. I really like the Self Trap song and Impossible Dreams as well.

I would be interested in a dev pack with stuff they come up with (Paul Cross, Christopher Woo, more stuff from the note trackers etc)