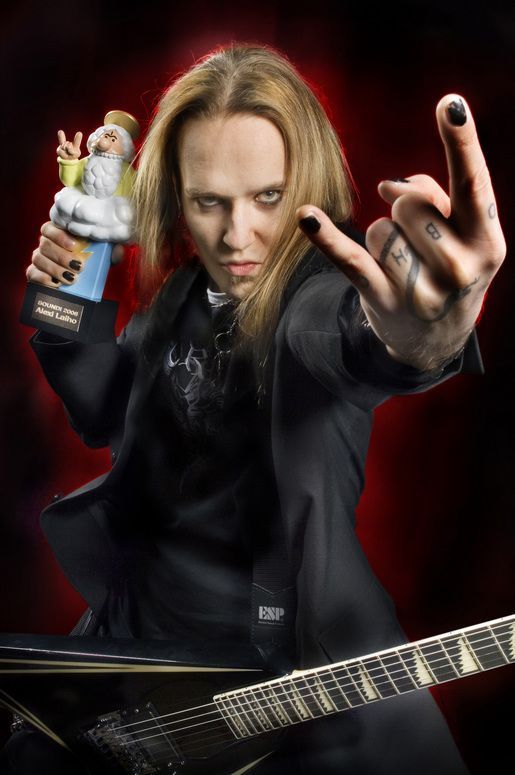 Even though BandFuse: Rock Legends is less than a week away and the entire setlist has been unveiled, that doesn’t mean we can’t still get news! Alexi Laiho of the legendary Finnish death metal band Children of Bodom will be joining the likes of Bootsy Collins, Slash, Zakk Wylde and Mike Ness as one of BandFuse’s eponymous Rock Legends. Teaching you the CoB track Are You Dead Yet?, he’s sure to bring some major challenge to the game! Don’t believe me? Just look at the solo in the video below, even when it’s slowed down to only 60%! My fingers hurt just looking at it!

With less than a week to release, I think it’s safe to say that we’ve gotten all the information we can squeeze out of BandFuse. What about it are YOU most excited for? Tell us in the comments!

In what form might it be coming back, as a re-release? Added to another game? Is Harmonix involved? How much longer are Realta’s operations suspended? Still no one involved is talking? Must have been a really beefy severance pay!

How’d This spam get through?

LOL and I thought Bandfuse was coming back 🙂 One can hope.

Huh, I can’t find any recent sources saying Lizzy Hale is one of the Legends.

I am waiting for the comprehensive Riff Repeater review of Bandfuse to see how far should I go to get a copy for myself. 🙂

Thanks for reply. I would have thought they would try and get out for christmas market but they are leaving it late.

Any news of release date in uk? I Have both rocksmith games but much prefer tab reading to note highway its much quicker to learn songs. Especially solos. I also use gp 5 but quality of sound when playing along is poor. Bandfuse seems perfect for me.

They are working out a deal with an EU distributor