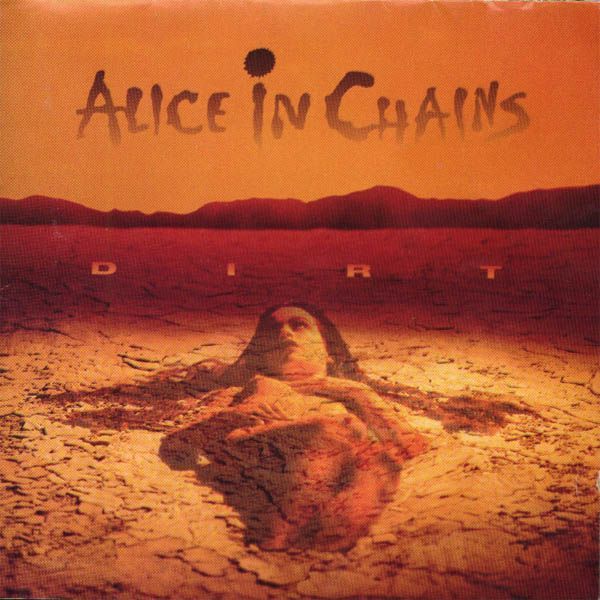 Today’s Rocksmith 2014 DLC is a 5 pack from Seattle based Grunge band Alice in Chains! A well rounded pack with songs from albums such as Dirt, Facelift, Black Gives Way To Blue, and their latest release The Devil Put Dinosaurs Here.

Pros: Man In The Box is uncensored, the tones are awesome, and nothing is too difficult

Cons: No Rooster, No Down In A Hole, No <Insert Song>, Oh and I’ve been told the DLC is delayed till next week for our Sony Entertainment Network friends…

Which songs are you picking up? Grabbing the whole pack? Let us know!

I cant wait for them to release this on ps3!!!

Love AIC! Wish we had some Jar of Flies stuff. Also wish we had Down in a Hole.

Will steam make some christmas sale on the songs? paying 9e for 3 songs is painfull :/

Well I guess I am one of the few that has been highly disappointed by this week’s DLC. I did read a few posts where people said they aren’t fans, but I freaking hate this band. I change the radio station everytime one of their songs come on. It isn’t for lack of trying, one my good friends is obsessed with this band. Just not my cup of tea, so I won’t be getting any of these songs unless they stop releasing DLC and I get bored playing other songs.

When can we have some Sublime??? The entire 40 oz to freedom album is great and full of great leads and riffs.

Yea my selections my be skewed a little towards “jam bands.” But that’s what I am enjoying listening to the most these days so they were all fresher on the mind.

No Tool, Jimi Hendrix, Led Zeppelin (lol) and The Eagles…

You know, you used up 5 lines of text to say “I don’t like AiC” Is that some sort of record?

Now it’s time for some Soundgarden !

Hear, hear!
And while they are at it: a Nirvana, a Faith no More and an Audioslave pack as well.

Time for some Soundgarden 😆

Downloading this now. Psyched. I’ll be chugging some downstrokes like I am Mike Inez

One thing though, ps3’s online is called PSN now. They changed the name about a month or two ago.

Is this the first time a song with expletives has gone uncensored in Rocksmith?

blink-182 “Dammit” and Pearl Jam “Jeremy” were uncensored on release as well.

Are they all clean now? I got a clean version of Jeremy from the Pearl Jam pack on Steam. I didn’t pay enough attention to Dammit, don’t know the song lyrics well.

knew it! so excited for them bones

I think its a very nice collection, but a second pack would be awesome!

Anyone who knows Anything new about the EU export issue?

What do I have to do to get down in a hole in a music game? They could’ve chosen 5 songs just from Dirt alone. Oh and is this dlc gonna be delayed a week on the PSN?

I have never been a huge AIC fan, but after listening to these tracks I am pretty stoked to play some of those riffs and leads. I guess I never noticed how hard they were rocking. Also, I am doubly impressed at how much the new singer sounds like the old one.

3rd week of stuff just to heavy for me. Maybe the 19th will hold something for me.

I’ll be grabbing the whole pack -- and whatever other AIC they can throw at us down the road too!

It would be cool if we got a mad season track

I hope they release a second AiC DLC in a few months. I miss songs like Rooster, Down in a Hole or Nutshell in this one. Hollow and Check my Brain are certainly good songs, but I think many AiC fans prefer their older songs with Layne (no offense Jerry 😉 ). From their newer stuff I would have liked to play Black gives way to blue and Your Decision.

Exactly my opinion nullPointer,
would have loved to see some songs from the ‘Jar of Flies’ EP (Rotten Apple, Nutshell, Whale & Wasp,…) which have brought a greater variety to the game.

Totally seconded on that. People tend to think of AiC as purely a hard hitting rock band, while forgetting about those fantastic mellower “kinda-sorta-acoustic” EPs. I would have loved to see some Jar of flies material in-game.

First pack for 2014 that I won’t be picking up the entire set, but to be fair I’m not a huge fan of the newer incarnation of AiC. In order of preference:

Them Bones: One of my favorite AiC tracks, and probably one of their heaviest songs. I remember buying this album in high school, with this song being the first song on that album. My 16 year old mind was blown. Edgy, Dark and Angry. Love it!

Man in The Box: Feel the power of Wah!

Would?: It’s unquestionably good, but this song became so associated with the “90s Seattle sound and scene”, that I’m still a little burnt out on it. (Thanks a lot Cameron Crowe!). I’ll probably still be getting it. 😉

Hollow: Kinda cool I guess. Will probably skip it.

Check My Brain: With all due respect to the new vocalist here, the way they mixed his voice on this song sounds like a synthetic version of Layne. The instrumentals in the verse are cool, but the chorus is just very commercial sounding (not bad in and of itself, but not very “Alice in Chains”). I’ll pass.

I was definitely wondering that too. I actually had to go check out the isolated guitar track. It’s somewhat harder to hear in the mix since that talk box is sooo thick, and the guitar basically doubles that, but you can really hear it with the isolated track. Check this out:
Man in the Box (Jerry Cantrell only)

wow, that track is awesome, thanks!

I don’t get your Cameron Crowe reference

So there was this movie that Cameron Crowe made in the 90’s called Singles. It was ostensibly a romantic comedy (and yet was oddly lacking in much of either). It was basically the result of Hollywood wanting their slice of the pie from the burgeoning Seattle music scene at the time. Any hoo, the soundtrack featured several “grunge” bands including Pearl Jam, Soundgarden, Mudhoney, and for the purposes of this discussion AiC playing Would?. It’s a great track but as a result of the film being successful, MTV and every applicable radio station was spamming the crap out of that song (along with anything else that even loosely fit the mold of Grunge). Any hoo, I blame Cameron Crowe for making that crappy movie and ruining Would? for me. OTOH he turned me into a bigger Elton John fan vis-a-vis the “Tiny Dancer scene” in Almost Famous, so he’s forgiven … I guess. 😐

FYI, Jerry Cantrell does lead vocals a whole lot more than you think. Most of Would?(the verses in particular) is actually Jerry Cantrell singing NOT Layne Staley. Check my Brain is of similar ilk. Most AiC stuff over the years has this dynamic. Most songs are duets to a large extent

Wow, I never knew that! I guess I should pay attention a bit more to liner notes and that sort of thing. Thanks for the info!

Best place to see it is the “heaven beside you” clip. Its one of the few clips you see Cantrell openly singing. He sings the whole song on this one BTW and the voice is pretty clear.