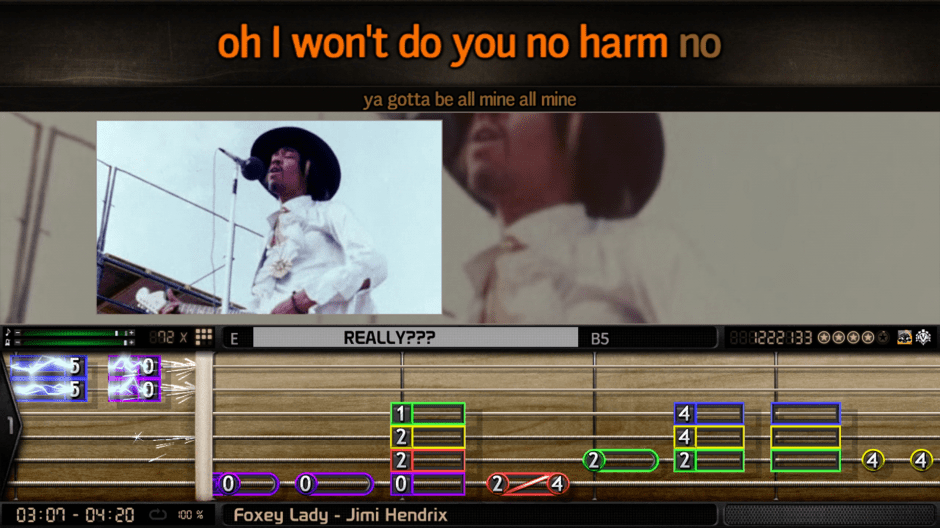 Today Realta Entertainment announced they were partnering with GameStop to offer an exclusive code to download Foxey Lady (Live from the Miami Pop Festival) for BandFuse: Rock Legends.

While it’s not exactly clear whether this song will be offered as a stand-alone DLC track in the future, one would hope that the timeframe outlined in the press release points to it being a timed exclusive as opposed to a track that only GameStop customers can acquire.

Campbell, CA — February 19, 2014 — Realta Entertainment and GameStop announced a special promotion for GameStop customers who buy BandFuse: Rock Legends, the music video game designed by musicians for people that want to play music. The promotion will run from February 19 to March 28, and features an exclusive code to download Jimi Hendrix’s hit “Foxey Lady (Live from the Miami Pop Festival).” The track will be available in the BandFuse: Rock Legends’ Music Store while quantities last.

Only on BandFuse: Rock Legends will aspiring musicians receive the unique opportunity to learn to play like Jimi Hendrix. Players who redeem the free DLC code will be able to play “Foxey Lady (Live from the Miami Pop Festival)” on guitar, bass, and vocals, in single-player or as a band. Players have the choice of five difficulty levels including the full lead and rhythm transcriptions and can view specially selected Jimi Hendrix video footage while playing.

“We are pleased to partner with Realta Entertainment to offer both gaming and music fans of all ages this GameStop exclusive,” said Marianne Kee, senior merchant for GameStop. “This offer allows Bandfuse: Rock Legends fans a chance to learn and play guitar riffs just like those captured in the live performance of Jimi Hendrix playing his classic hit ‘Foxey Lady’ at the Miami Pop Festival.”

For those that purchased BandFuse: Rock Legends already, it appears that in some cases the code is retroactive as evidenced by @kitlerc’s tweet.

I just got a bandfuse code from gamestop. Cool

@TheRiffRepeater That would be ARE NOT participating at this time…sorry…typing on cell phone.

Want it on Rocksmith also, or that they at least port BandFuse to PC.

I bought Bandfuse at EB Games, which I think is affiliated with GameStop. How are the people who already purchased the game getting the code?

I want it on Rocksmith!!

It would be really stupid of them to make the song an exclusive. Too many people dislike GameStop to anchor one of Hendrix’s greatest hits onto.