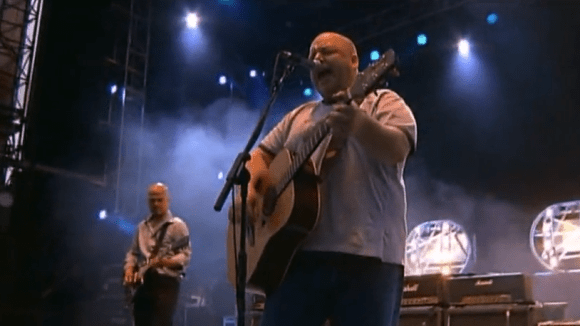 Hi and welcome to my article, Deconstructing the DLC. I’d like to take a moment to introduce myself.

My name is Jim (Also known as PRS_Rocker on the Ubisoft Forums) and I started playing guitar when I was young. Most members of my father’s family played an instrument, so it was only natural that I pick up one as well. We had a couple of beat up guitars and a French horn, and though I tried to make the French horn sound like something other than a tortured cat, I found it easier to play guitar. I started on a beat up acoustic and moved to a cheap Danelectro Electric with an amp built into the case. Studying musical theory as applied to the piano, I was able to translate it quickly to guitar, often times learning melody lines I played on one and playing it on the other by ear and memory. While playing with other musicians and vocalists, I found that changing keys was much easier on guitar than keyboards, so I focused my efforts on the fretboard almost 40 years. I also found that girls dig guitar players much more than keyboardists.
I have been in bands as a vocalist, guitarist and bassist, including bands that played solely original music, top 40 pop and country covers, Beatles, and AC/DC cover bands. Often times, I might play bass for one band and in another group on the next night play guitar on the same strings as well as sing them.
I’ve transposed music, played in clubs around the world and even won awards for my musicianship. And even after all this time, I still find wonder in studying popular songs and trying to see what the key to their continued success is. One might claim that a hit on the radio today is incredible, but a month later, the song is said to be stale. Yet there are tunes that transcend their 15 minutes of fame and are still played by generations of kids who want to rock the house.
We’ll be breaking down the DLC for Rocksmith by looking at the musical theory behind the songs, how the various guitar parts work together, and some fun trivia about how some songs were written and recorded. I’ll also take a minute to give my two cents as to why these songs have staying power in pop culture. Last week’s releases were Eye of the Tiger by Survivor, White Wedding by Billy Idol and Here Comes Your Man by the Pixies.

Let’s begin with the pop-punk hit White Wedding by Billy Idol. It was said that the song was written about the upcoming nuptials of Idol’s sister, but on VH1’s Story Tellers, Idol says that it was just a fantasy wedding. For those old enough to remember the video, the bride was played by Idol’s real life girlfriend at the time. She was also one of the leather clad lasses who spanks her own butt to the beat of the song. The unmistakable opening riff of the song is an arpeggiated Bm chord played with an upstroke starting from the F# note on the E string 2nd fret and continuing to the F# note on the 4th fret of the D string. (F#-D-B-F#-B-D-F#-D). A minor chord is made up of the I-iii-V (or one – minor 3rd – 5), therefore, a Bm chord is spelled B-D-F#. The song starts with a single stroked B5 (B-F#-B) on two guitars.While guitar 2 allows the B5 to ring, the 1st guitar plays the Bm arpeggio as noted above.
If you want a bit of a solo guitar arrangement challenge, check out Steve Stevens playing a muted B pedal on the 2nd fret of the A string while he fingerpicks the arpeggio with his pinky, ring and middle fingers in this video.
Each guitar then plays a D5 (D-B-D) and a an E5 (E-B-E) but the second time around guitar 1 plays the same progression, but guitar 2 plays the E chord at the 4th fret. Guitar 2 ends with a D played with an A chord shape on the 7th fret of the D, G and B strings and Guitar 1 plays a Bm.
The bass player plays a Bm Pentatonic riff (B-D-E-F#) during the intro, but sticks to root notes during most of the remainder of the song. If you’re an advanced player, this will not challenge you, but if you’re a beginner looking for a 100%, this is your song.
The most interesting part of the song is that the two guitar parts are rarely playing the same chords. Guitar 2 sticks primarily to B5, E5, and A5 where guitar 1 plays D and A riff using the open A chord shape at the 7th fret of the D, G and B strings as before (A-D-F#) and an A shape on the 7th fret of the D string, 6th fret of the G string and 5th fret of the B string (A-C#-E).
The solo is a simple, short statement made by guitar 1 playing the opening Bm arpeggio and exiting using only a few notes on the D, G and B strings. The exiting notes are G – 4th fret (B), G – 2nd fret (A), G – 1st fret (Ab), B open (B), B – 3rd fret (D) while allowing an open E to ring, B – 5th fret (E), then descend B – 3rd fret (D), B-2nd fret (C#), G – 2nd fret (A), D – 4th fret (Gb), G – 4th fret (B).
The bridge is made up of a Bm chord and a double stop of C# at the 2nd fret of the B string and B note on the 4th fret of the G string for guitar 1. Guitar 2 takes at turn with single notes, starting with a D note (D – 12th fret), C# bent to D (B – 14th fret), C (D string 10th fret), F (D string 15th fret), D (B string 15th fret), E (B – 17th fret), and D (B – 15th fret).
The use of the D and A chords over the B, A and E chords shows how relative chords can be used to augment the main chords of a song. By using chords made up of notes in the key of the song, the chord tones add rather than detract from the main chord progression. In this case, Bm is made up of B (I), C# (II), D (iii), E (IV), F# (V), G# (VI), and A (vii). Since D is spelled D – F# – A and A is A – C# – E, the chord tones work within the scale.

Eye of the Tiger by Survivor

Touted as the next Journey, Survivor were lead by front man Dave Bickler whose high voice was just what pop radio wanted more of at the time. Survivor was asked by Sylvester Stallone to pen a song for his upcoming movie, Rocky III, and they delivered in spades. The song was such a driving force in the movie, Survivor wrote The Burning Heart for Rocky IV, only Jimi Jamison was now the vocalist for the band. Who doesn’t feel their adrenalin pump when they hear the pedaling muted C note pedal that introduces Eye of the Tiger by Survivor? As the note progresses, the volume crescendos and the band joins together on a Cm –Bb (barre chords) until they move to an Eb/G which is played with a D chord shape moved up to the 3rd fret with either a barre to hold the G note or as some folks play it, a thumb on the E string at the 3rd fret. Then Ab. Guitar 2 plays the same chords, only a G rather than the Eb/G. The chords then move to Bb – Eb at the 6th fret.
During the verse, the guitar part pedals triplets on the C note at the 3rd fret of the A string. Then to the chorus chords: F – Bbsus4 – Bb – F – C – Bb. As the chorus ends, the guitar plays a unison part with the vocalist that is a C natural scale with a flatted 6th (E-F- G-Ab) played F-E-F-G-F-G-Ab on the A string in the 7th position. The choice of notes here forces the vocalist to push his or her range to it’s maximum. During the 2nd verse, the same guitar plays G – F – G pull off to F (on the B string in the 6th position) Eb (G string, 8th fret). Guitar 2 continues the muted C pedals for most of the verse, but while guitar 1 plays the aforementioned single note riff on the B string, guitar 2 plays Eb – D – D – Eb – D – C all on the G string in the 5th position. Over the other notes, the two guitars are playing pieces of the Cm scale (C – D – Eb – F – G – A – B).
The bassline during the into follows the guitar chords (C – Bb– G – Ab). During the verse, the bass plays C for much of it, but a small riff (E – F – G – Bb – C) in the open position on the E and A strings. Into the chorus, the bass plays the roots of the chorus chords, playing a unison with the guitars and vocal as in the last paragraph, then plays an Ab octave at the 4th fret of the E string and the 6th fret of the D string then Eb on the 6th fret to a slide from Ab to F (4th fret to 1st fret E string) and right back to the C pedal note for the verse. Twice, there is a short riff played where the bass slides from the C on the 3rd fret of the A string to G (10th fret) then C on 10th fret of the D string down to G (5th fret).

Here Comes Your Man by The Pixies

Lastly the song ends by revisiting the opening riff over the chorus.

I hope you enjoyed my article!

Aw, this was a really good post. Finding the time and actual effort to generate a very good article… but
what can I say… I procrastinate a lot and don’t manage to get
nearly anything done.

So nice to see Rocksmith and theory in the same article! Keep up the good work!

😎 i wonder if “thenewnoelisoncruz”comments here

This is great, big up PRS!

Thanks, folks. I will be posting some audio/video stuff on YouTube ASAP. Give a listen to my YouTube channel which has just bee turned up. I got a new piece of gear and I put a quick 7 track audio track and I am the solo musician. It’s rough, but it was fun for a first shot with the gear and software. Feel free to leave any feedback, regardless of how good or bad. http://www.youtube.com/watch?v=kZtbuKQZRyE&feature=youtu.be.

This is awesome!
I really wanted this kind of approach to RS songs.
Thank you!