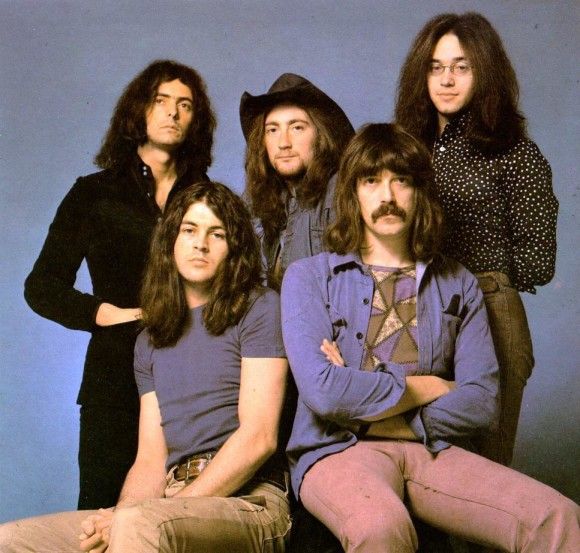 Before I start, I should point out that I am by no means a “good guitarist”, meaning that while I managed to fully unlock the riff and bridge sections, I could not successfully unlock 100% of the solos. Let’s just say that those solos are HARD, because that’s the most I can accurately say about them! This is a really fun song to play, though, even if you sound terrible. This is a classic jam, and in a way, a showcase for a guitarist. If you’ve got some skill, you’ll love this one.

The bass is definitely more manageable than the guitar, but it’s just nowhere near as fun. It may not be a walk in the park, but it’s not too difficult, either. I personally found quite a few of the parts to be a bit dull to play, to be honest. The bit that plays during the solo is really fun, where it just goes nuts around the 3rd-5th frets on the E and A strings. There weren’t, unfortunately, too many parts like that, though.

Combo was harder than I expected. Combo is where the softer parts of this song live, so you’ll be playing the acoustic parts and the chorus bit that Cobain pretty much ripped off for Smells Like Teen Spirit. It’s incredibly intricate, but also incredibly fun once you get it down!

Combo 2 is the more fun part, in my opinion. The reason I say this is because while Combo 1 is more intricate, combo 2 has all of the main parts on it. All of the electric bits, and all of the solos. Combo 1 may have been more challenging, but combo 2 is where the real fun lies!

The bass on this song is also really fun. It’s an incredibly active part that mirrors the guitar a little bit, but often goes off on it’s own. It’s challenging enough to keep you interested, but not so hard to make it annoying. I strongly recommend it to any bassist out there.

The combo arrangement, save for the solo in the middle, is incredibly simple. You’re either playing the main riff (you know the one), or your playing the verse part. The verse part is 3rd fret on the E string, then 5th fret on the A and D strings. It’s very simple, but if you’re a beginner you’ll enjoy playing this iconic track.

The single note arrangement is really, really, really easy. In fact, I’d go so far as to say that it’s the easiest arrangement in Rocksmith. It’s the exact same as the combo version, but without the solo and with the just the G string part of the riff being played. It’s good if you want an easy song to master.

The bass arrangement, on the other hand, is incredibly complex. The riff sections are rather simple, what with them only really featuring quickly fingered notes on the E string’s 3rd fret . The chorus section isn’t too bad either, with the only real difficulty there coming from the Fire In the Sky part, where it quickly goes between 3rd fret on the E and 1st fret on the A. It really gets interesting during the verse and solo sections, where you will be going all over the frets and strings. Don’t let the easiness of the guitar fool you, this bass line isn’t to be messed with!

Pick of the pack: More Than a Feeling

I believe, dont quote me on this, after playing the hints the first song is call me by blondie the second song is Jessie’s girl by Rick Springfield. Jessies girl is very fun to play but im not sure about blondie.

Okay, I know it’s pointless to post requests here because no one at Ubisoft is listening, but seriously--where in the heck is Frank Zappa? Dude has been incomprehensibly absent from every rhythm game. The guy’s so influential and all-around awesome, he should have his own rhythm game by now, a la Guitar Hero: Aerosmith!

Also, as long as I’m pointlessly requesting songs, I’d love to see some A Wilhelm Scream at some point (it’d probably never happen, but you never know). Every punker wants to learn guitar, but most punk songs unfortunately have pretty boring, repetitive guitar parts. AWS makes incredibly technically proficient punk in a manner that isn’t abrasive and appeals to a wider audience than just punkers. They’d be perfect.

NO ONE knows who those people are 😐

You have to know who Frank Zappa is, otherwise turn on spotify and search for him, i kinda promise you’ll recognize some of it when you hear it.

I guess you’re kind of right about AWS--they’re pretty big but mostly just within the punk community. But Zappa? C’mon. I’m not faulting you for not knowing his work, but I do encourage you to check out an album like Hot Rats or Tinsel Town Rebellion to familiarize yourself with an underappreciated rock legend.

So has anyone figured out the first 2 hints? Its sounding like its gonna be a lame pop pack

It’s not going to be lame.

I read this on my facebook feed, and I though there was going to be MORE 70’s DLC. I almost cried a little.

BTW, on Smoke On The Water, you should have said they used a different solo then the album.