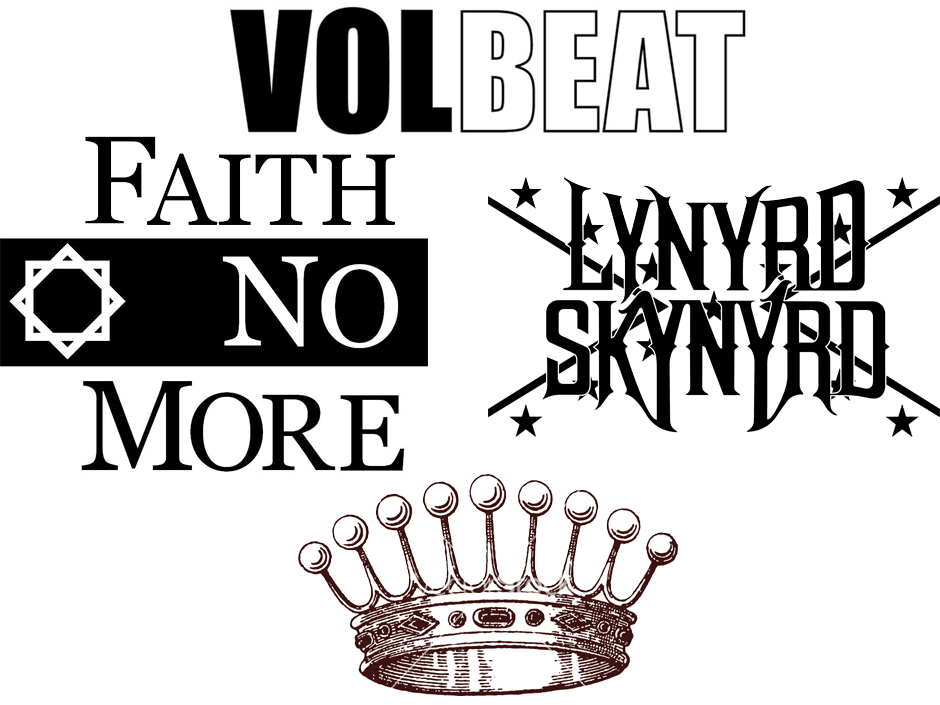 July’s DLC has ended and with it comes the DLC Round-Up! Let’s take a look at some of the Guitar and Bass highlights for June, shall we?

But first, here are the results for the June’s DLC Poll: 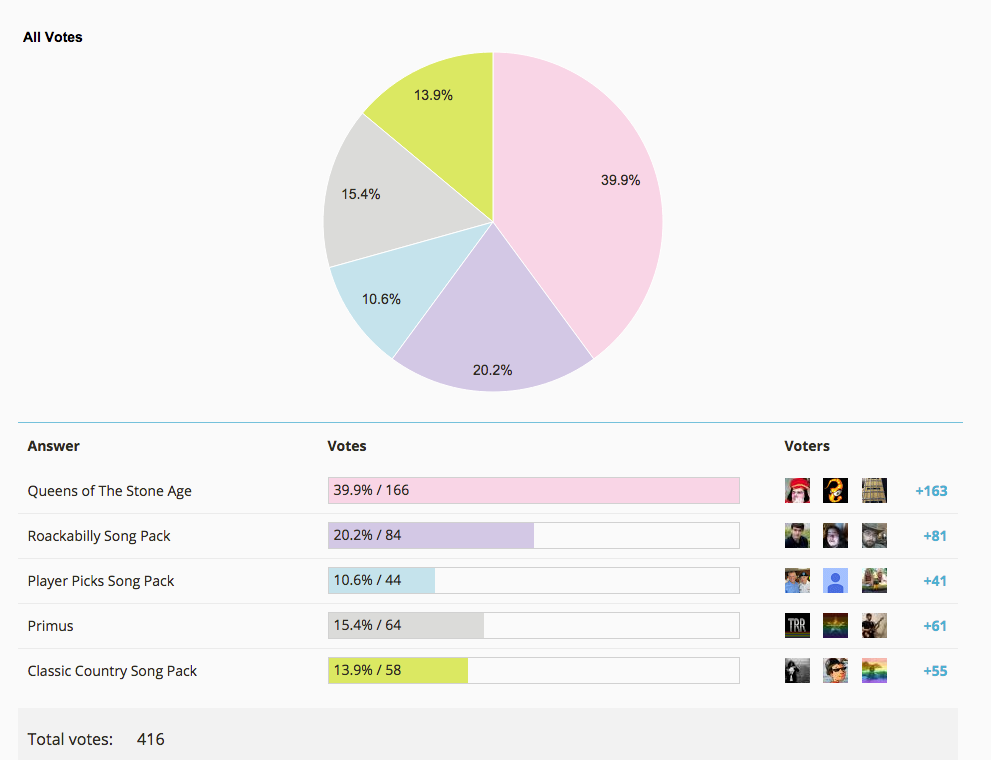 Wow, there sure are a lot of @QoTSA fans on here! Just absolute decimation from Josh Homme and friends.

I think it’s fair to say that July was a month for Bass Guitar. Outside of maybe one week (Volbeat) the songs were definitely leaning towards our four string friends. That’s not to say there wasn’t some fantastic guitar charts but with @FaithNoMore, @Skynyrd, and singles from Queen and Stevie Wonder it definitely leaned to the no treble side of things.

The whole @SKynyrd pack is fantastic but this track really stood out with it’s bouncy, varied, and most of all active bass line

Simple, but iconic. It could be your first Master Mode 100%

Try to keep up with Billy Gould on this one

Of course there were some great moments on Guitar as well, @Volbeat gave us five intermidate difficulty songs that while simplistic in notation sounded great, especially Lola Montez. Nobody would argue that Lynyrd Skynyrd didn’t deliver some great licks and riffs with Tuesday’s Gone and Call Me The Breeze. Regal Singles brought us one of the fastest scrolling guitar songs yet, Sir Duke, the awesome grungey alternative dark Possum Kingdom, and the proggy ballad of Silent Lucidity, and even if Faith No More isn’t about shredding, you can’t deny the solos of Epic!

Captivating all the strings

Make up your mind, decide to buy / this DLC

Really nailed the tones on this one!

Pretty varied month for tunings, we had Volbeat which was completely D Standard, A Drop D bass part, an alternate bass part, but mostly it was still all about A440 (E Standard).

Which brings us to the question on everyone’s mind.

See you in August!

I thought this was a good month. Faith No More was my personal pick -- good range of difficulty for the intermediate player. Midlife Crisis is easy, has big long gaps and generally has little educational value, but I love he song enough to play it anyway. Epic is downright hard. From Out Of Nowhere and Digging The Grave are in the middle, and really fun to play. Of the other packs, Volbeat was definitely a pleasant surprise from a band I knew nothing about previously, and the Regal pack was one of the better ‘mixed packs’ we have seen. Lynyrd Skynyrd isn’t really my era, but I respect that they are an important band to a lot of people so it’s good that they got another go. Overall, a good month with something for everyone, I think. Good work.

1. Volbeat -- the only pack i bought, missed a lot of great songs (the hangman’s body count, Doc Holiday, etc) but still was very good.
2. Faith No More -- great songs, but i dont have a lot of coin to spend right now. Will definitely get in the future.
3. Lynyrd Skynyrd -- I love Tuesdays Gone but the other were just okay to me.
4. Regal singles -nothing for me here.

Also I completely agree with the votes from last month!

June was a really good month by comparison. Coincidentally, I voted for the packs with Queen in them both months. But, they both bit the dust in the tallies. Oh well. Let’s bring on August!

I really enjoyed July’s DLC’s.
Volbeat reminded me of early on Metallica. I really dug the classic Country song pack. Lynyrd Skynyrd was a long time in coming, finally, whew! Enjoy regal singles and am exploring Faith No more.

Who are gonna be the band’s for august?

Yeah, expect Ubisoft to pay it’s customers to download that one. “Here’s a check, please d/l the biever.”

1: Lynyrd Skynyrd. (Ya can’t go bad with good ‘ol southern rock!)
2: Faith No More (I dig the pack, but way too many songs from The Real Thing)
3: Volbeat (New music is always fun!)
4: Regal Singles (This is still a good pack, but compared to the rest of the month, it’s kinda inferior. Also, The Subways destroyed the pack for me.)