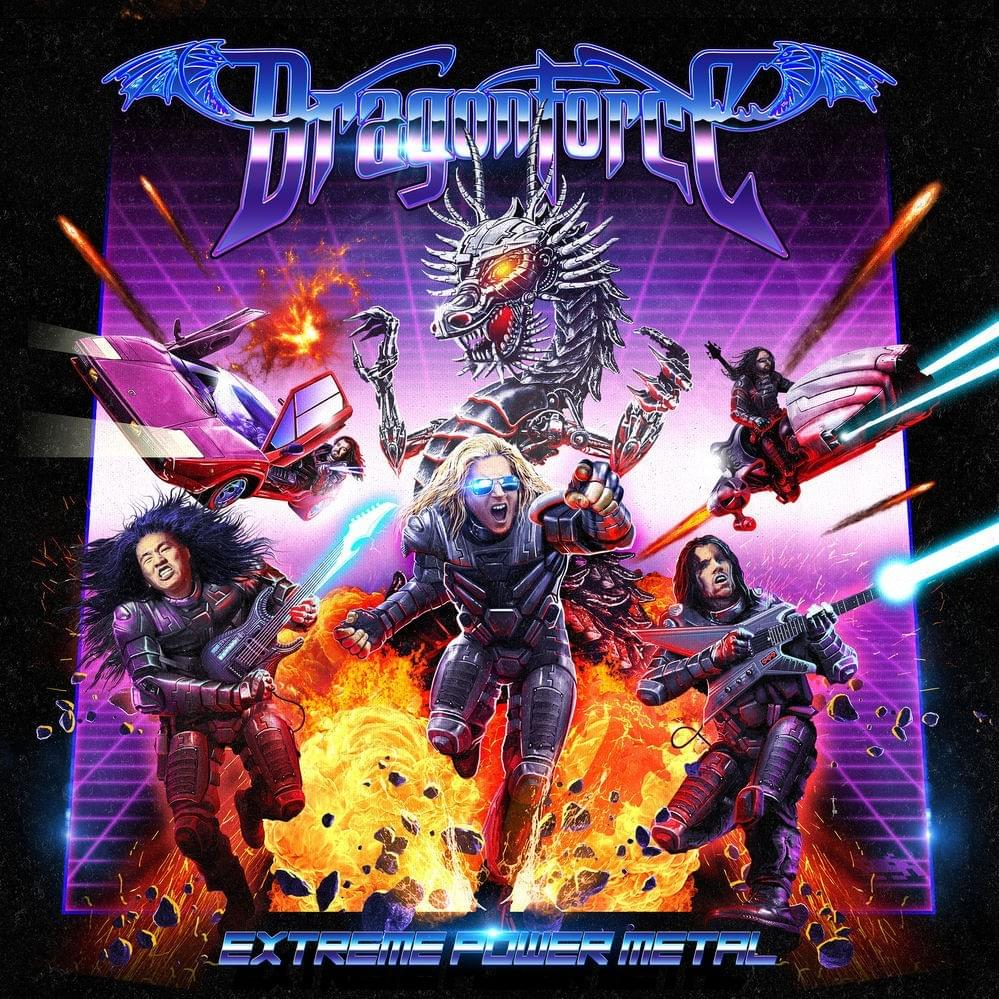 No clue today, just a reveal courtesy of @DragonForce’s @HermanLi!

You’ve heard it from their lead guitarist himself! DragonForce is on the road back to Rocksmith this week with the latest single from their upcoming album, “Highway to Oblivion!” Next week’s DLC release will be a single song release only, as opposed to the typical release of a song pack. If you’re looking for a challenge, look no further than the guitarists of DragonForce to find one! Take that as a cue to begin warming up for Tuesday.

Are you excited to try this brand new @DragonForce song in @Rocksmithgame as transcribed with assistance from @HermanLi? Or is this one song this week not nearly enough from the British Power Metal band? Let us know!

Through the Fire and Flames

“No, don’t worry RS is doing just great!” Hmmmm, homemade packs featuring RS employees and fan created songs, now just one song? Yes, my friends the end is nigh! And for those who think this is some long way of preparing for the release of a new edition; no way. Why would you risk 6+ months of angering and losing customers before releasing a new game? It was a nice run.

This is from a current job posting on the Ubisoft SF page. I share your frustration but I don’t think they would be hiring if they were planning on shutting it down in the near future.

We are looking for a talented, motivated and experienced person to help establish and grow the future of Rocksmith and other new exciting titles. Qualified individuals are expected to be organized, with excellent communication skills, and have a proven track record in transcription and guitar performance.

Disappointment… that’s the clear theme of the comment section over the past few months. Clearly nobody from UBI is paying attention.

Clearly Ubisoft will hire people to work on this game and then they will read these comments and decide you know this is done lets wrap it up. I remember when they announced RS 2014 they didnt have any dlc for several months and back when original launched dlc schedule was bi-weekly so that’s something to consider.

I have to agree with gnome chompsky with most of the last 6 months being fairly crappy songs from RS I think the end is coming too. I understand that not every song is going to be what each person wants but I’ve said it before that with millions of songs out there we are getting the selection of songs that RS is putting out. WHAT A WAY TO KILL A COOL GUITAR LEARNING SOURCE- Asta La Vista ROCKSMITH

Hard pass. Technically well out of my reach and a pretty mediocre song anyway.

So to sum up the past four weeks we had:

I don’t know if they’re on their way out, but the decisions the past couple of months (maybe the whole of the summer?) for artists and packs have been questionable at best (Gary Moore ain’t my thing, but I at least get why people would request and Ubi would publish him). It’s almost seems like they’re trying to figure out how much crap their regulars will eat before throwing up their hands in disgust and walking away from the game.

Which one in Kaleo has bewbs?

The solo song release seems odd but it probably has something to do with the song price versus the amount the artist receives as compensation when the song is part of a pack. Or perhaps they want to see the direct song sales when people are specifically buying this song and not just taking it as part of a pack with other songs in which the buyer might be interested. Since this is such a new song the sales numbers might affect chart position.

I like metal, but don’t really care for this song. Would rather have a big pack of classic new wave of british metal.

They got an unreleased single from an upcoming album. That’s some buying power. I don’t think they are dead yet. This is good work.

Sure, if it weren’t Dragonforce.

I like the puzzles a lot but this was a cool change of pace as far as announcements go. Definitely won’t be able to play this one well. Jerry Cantrell has been supportive of RS, maybe he can do a similar announcement soon!

So much doom and gloom in the comments every fucking week. I know that once again it isn’t more Blue Öyster Cult, but come on and buck up people!

And let me guess it’s going to be $5 for a song I don’t want to hear, let alone play. Next month Ubi has a new plan to screw us, they think you’ll really be surprised.