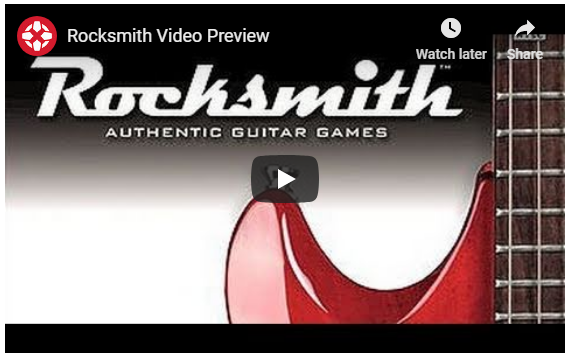 IGN.com recently threw an interesting video up on their YouTube account: a video preview of Rocksmith. The video shows us more gameplay than we’ve ever seen for the game and gives us a glimpse to how the game works and what activities, other than just playing songs, exist on the disc.

The gameplay shows a color-coded, mirror-like setup that allows gamers to line their hands up with the game’s display and play the notes on the correct string. Much like Guitar Hero/Rock Band, the game features different difficulty levels to allow players to learn more intuitively.

Check out the video below and see if Rocksmith really looks like it does a better job of teaching real guitar than Rock Band 3.

You may have noticed that the amount of latency is brought up as an issue for this game. Rocksmith has addressed this concern on facebook as pictured here:

It’s also interesting to note the vocals shown at the top and it has been confirmed that you can indeed sing along with your favourite songs!

I already have a bass guitar. Hopefully when/if they make a sequel they will add bass guitar.

I agree with you all the way. If they made a "Bass Version" of this, then it would be a definite buy for me.

Definitely in the same boat as you.

Looks interesting… I'd love to get my hands on it and see how intuitive the interface is.

it looks like it would work better than rb3's pro mode, it's just an asumption tho I can't prove that. I might get it though I'm intrigued yes, very intrigued

I was skeptical, but they made the presentation a lot better than RB3's pro guitar.