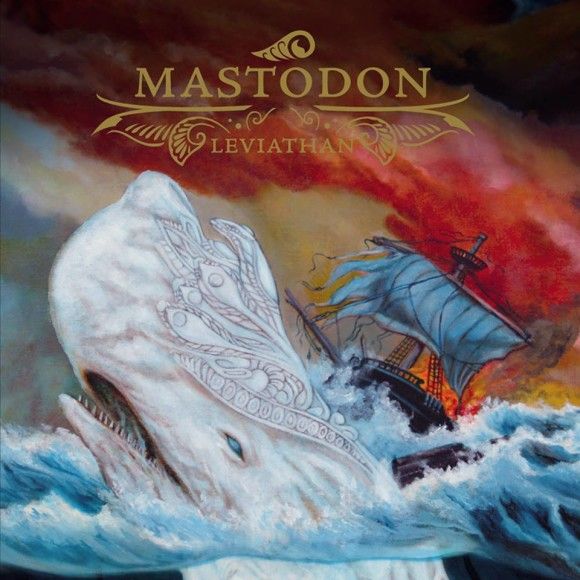 Welcome to another week of Rocksmith 2014 reveals! Hope you are into sludge metal because the first song up is Blood and Thunder by Mastodon.

The song is featured on their 2004 full length album Leviathan which is a metal concept album loosely based upon Herman Melville’s novel Moby Dick.

This isn’t the first time this song has appeared in a music game either:

“Blood and Thunder” was added as a playable track on all instruments in Guitar Hero: Metallica and was featured in Japanese music games Drummania V2 and Guitarfreaks V2.[13] It has also been released as downloadable content for Rock Band 3, with Pro Guitar support also available at extra cost.

This also marks the first song announced that uses the tuning of D Standard. Is it possible, that previous Pantera DLC could be updated with the proper tuning? An exciting concept for sure.

Another metal song coming up? Or do you think it might be something completely unexpected? Let us know!

… Way to spoil the fun Paul!

I agree. Enough metal already. I can’t believe ubisoft did listen that much to the whiners who did complain on every dlc hints last year for metal. I dk like it BUT its almost only metal and for that I M disappointed. Ok to listen and put more but what about other genres?? I am not whining and will get that game anyways but I hope it is enough for metal

Would have preferred “Cut You Up With A Linoleum Knife” but this will do.

Go the metal.! Great track. Im sure mastodon 3 pack dlc is likely at some stage down the track.

Meh, again metal. Maybe I cancel my pre order, for me there is too much metal. Where is the classic rock, blues, reggea ??

6 out of 21 songs announced so far have been metal… ranging from subgenres like NOBHM (Maiden), thrash (Slayer), stoner (Red Fang), progressive (Mastadon) and mainstream (Avenged Sevenfold). That’s less than a third of the announced tracks.

all these sub genres are stylistically VERY different although they all get lumped into “metal”.

Yes, please, anything more from Mastodon, especially from Crack the Skye.

So glad to see a Mastodon song in the game. I wouldn’t mind another metal song, but I think it’s likely they’ll mix it up.

Yeah my favorite song from one of the bands that’s needed in rocksmith from their best album.