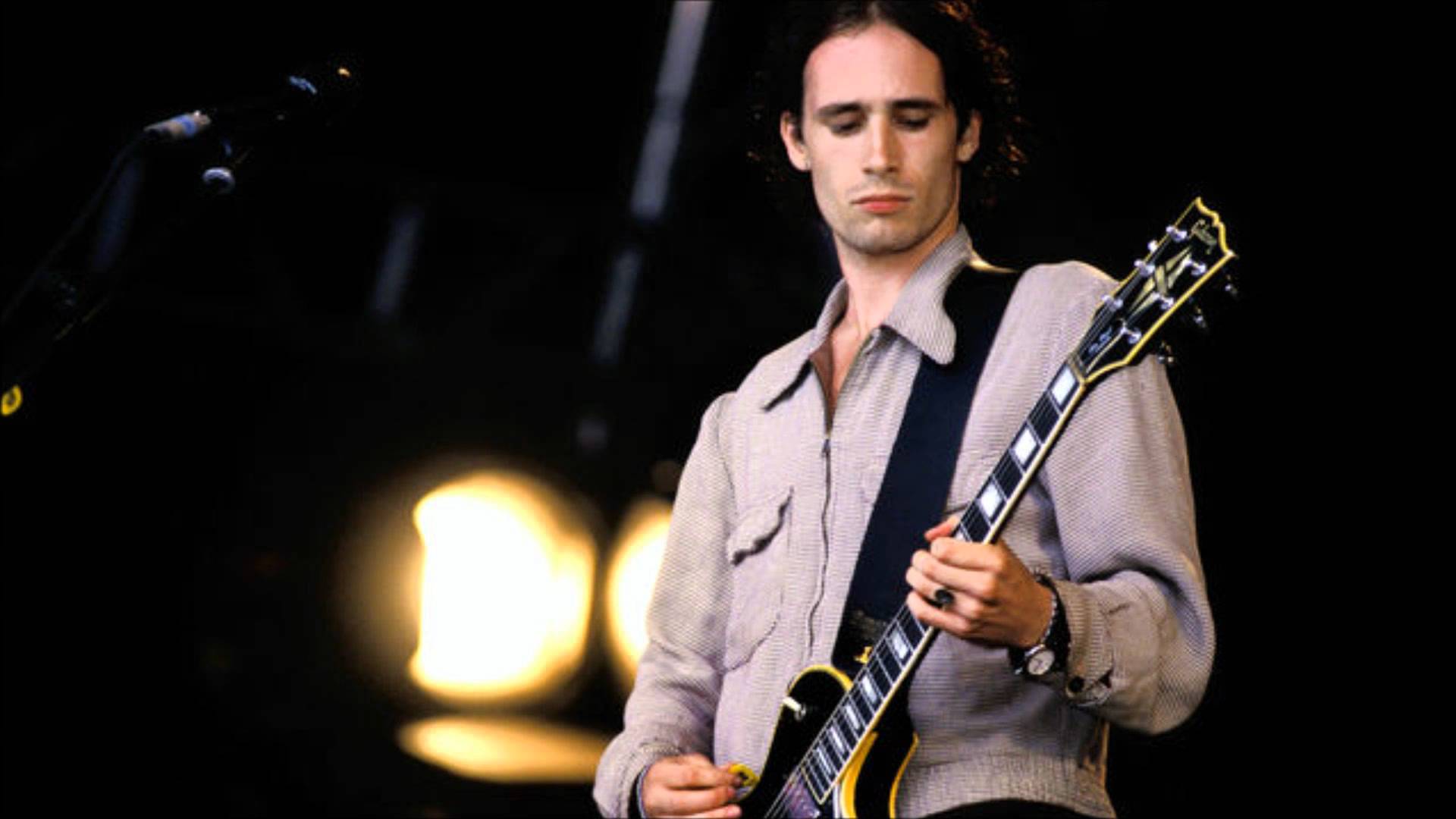 Jeffrey Scott “Jeff” Buckley was born 17th November, 1966 in Anaheim, California. Exactly 11 years and 4 months prior, Disneyland Park was built at the Disneyland Resort in Anaheim. One can only assume that the events leading up to the opening of the park had a direct influence on the birth of Jeff Buckley, and possibly also helped shape his interest in music. After graduating highschool, he moved north to Hollywood where he spent six years working in a hotel playing guitar with various bands, eventually touring with reggae artist Shinehead, a close relative of the band Shinedown.

In mid-1993, Buckley assembled a band, composed of bassist Mick Grøndahl and drummer Matt Johnson. The trio headed to Bearsville Studios in Woodstock, New York (no bears were harmed in the making of Bearsville). They spent six weeks recording for what would eventually become the album Grace, his only complete album before his death in 1997.

This weeks pack requires two things. Tuning and a capo. Take a look below to see what’s what.

Is the Jeff Buckley Song Pack fun on Bass?

I’m a bit surprised at the initial reaction by some people to the bass charts, or more likely what they think they’re hearing in the songs, because the actual bass charts are far from being empty or dull, particularly on Grace and Last Goodbye. Last Goodbye is probably the most active of the pack as it has you skipping the strings a fair bit (have you been practicing in the Guitarcade?) and really stands out from the guitar work going on. If you aren’t up to speed on your finger strumming you’re really going to want to take it slow and try to bring out a strong sound from the notes, especially in the slidey bit seen at the intro.

Hallelujah takes a more relaxed approach. So relaxed that you get to chill out and listen to a minute of fancy guitar work before the bass comes in! Given the nature of the song you can’t exactly expect this to be “Rock and Roll, Hoochie Koo” but there are positives to sitting down and playing a slow one like this from time to time, especially for new players – the slow oncoming notes give you ample time to prepare your fretting hand without getting flustered.

Grace goes back to being an active song but probably less so than Last Goodbye as this one uses more open notes and sustains. It’s not all a walk in the park however – I found the section starting at around 3:28 required more of my attention than I was ready for. It also has plenty of little fast slides mixed with HOPOs scattered here and there.

[Sidenote – I think on the whole, the charts for Bassists have been really awesome so far this year]

Ok, what about Guitar?

Hallelujah’s Rhythm chart is a fairly standard chord song. Think of it like a mellow Bob Dylan song, except with a good singer. It mainly stays around the same open chords which you’re probably used to a lot now – F, G, Am – but does have a few bits here and there to mix it up a notch (BAM!) The Lead chart for it though…all I can say is good luck on not sounding like the cats that fight outside my window some nights (someone once told me cats make the same noise when they copulate. The hell is that about, Nature?). Turns out I have something my old music teacher Mrs Mellenger called “stupid fingers.” But I can imagine that when given the time and attention this song needs to know it fully you’ll be ruddy bloody impressed with yourself.

Last Goodbye is pretty much the same chart for both Lead and Rhythm, probably around 80% is note-for-note the same. So unfortunately for those of you who usually stick to Rhythm charts for easier, less fiddly bits to play, you’re kinda out of luck here. Especially as this song has some craaaaaaazy chords which I completely suck at because my little finger has a mind of its own.

In short, Jeff Buckley is a great addition to the game. You’ll probably spend plenty of time learning the guitar parts for this pack, and not just for Hallelujah. Maybe it’s time to learn how to finger pick too.

Enjoyed the article. I’ve been having a lot of fun playing Grace and Last Goodbye on guitar. I tune my acoustic to open G a lot anyway, so it’s no problem. Its a great sound and great change from standard tuning all the time. Love Grace maybe even more and it gives me a chill down my spine. Great songs. I had heard Hallelujah before, but didn’t know who it was. I think the other songs are better, and if I would have heard them, I definitely would have gotten into his music long ago. Pretty sure I had heard Jeff Buckley’s name before, but it’s hard to get exposed to this kind of music in the everyday life of the rural area I live in. These songs deserve all the hype. Thanks.

Picked up Hallelujah. It’s awesome. Kinda freaked me out when I first listened to it, but now I love it…rock onward

Bought last goodbye for bass. Great song, never heard it before this write-up. thanks!

Hope you enjoy it, it’s really fun to play

I didn’t buy anything from this pack and I don’t intend to anytime soon. I just wanted to be the first one to post here. Hooray for comments!

you probably need some therapy

Did I ever tell you the story of Cowboys.

Your a nut, your Crazy in the coconut