Come on, it was supposed to be a slow news week! Well, so much for that…

Last night one of our followers on twitter @KiriiShigata informed us that Ubisoft Japan has announced their lineup of Japanese DLC. How many songs could it be? Well try about 19…

@TheRiffRepeater DLC of the Japanese music of RS2014 was announced. http://t.co/V3aFOUo4KShttp://t.co/NzA8QvBYeH

There’s also confirmation that these songs will NOT be region locked!

Here are the songs listed via the Rocksmith 2014 Japan site!

While many of these songs at a glance look unfamiliar, you may recognize Tomoyasu Hotei’s Battle without Honor of Humanity, as soon as you load the YouTube video.

That’s not all that was revealed! Since the full Rocksmith Japan site has been launched the setlist page seems to have three new previously unannounced (on disc) songs: 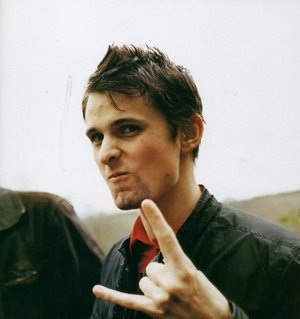 theres a couple good ones. what would be awesome though would be aicle, AND eccentric agent, suG, lm. c, heisei ishin, mOnOlith, aya kamiki, matenrou opera, V-last, exist trace, nogod, nega, D, and so many more lol

The Rocksmith countdown timer is wrong. It is about 3 days off.

Any word on the type of dlc hints this week or upcoming weeks?

Nothing yet, hopefully get “The Guitarcade” video today though!

There was some new ones shown in the video:

Not sure if that counts as kicking it up a notch…

Was the improvement video today “stepping it up a notch”? Looks incredible, but in need to know what the next songs are gonna be!

They announced wire by red fang a while ago, they said after indie rock there would be some classics, but ive heard nothing about it so far. I really hope we get something tomorrow, even if its just a hint

Perhaps it was the big IGN reveal that had songs from The Rolling Stones, and The Who, and then Alice Cooper (through the Japan site)

Any song announcement this week?? September

They arent on disc, its all just J rock dlc day one

I thought they said that none of the on disk artist would repeat in RS 2014?

I don’t recall this announcement, but if that’s the case they already had already broken it with the announcement of Red Fang. More power to them on that one though. I loves me some Red Fang! 🙂

They meant Rocksmith 2014 wouldn’t have multiple songs by the same artists as Rocksmith did.

Rocksmith had 3 Rolling Stones songs, 2 Nirvana songs, 2 Black Keys songs, and 2 Muse songs. On Rocksmith 2014, each band featured has only 1 song by them on-disc (DLC does not count).

I do hope Sigur Ros makes a return, though. I was pleasantly surprised to see them in a music game (even if it wasn’t from Ágætis byrjun).

will rocksmith us post anything about these songs? I want to hear them but more than half of the ones you posted cant be played 🙁

I have the same problem, try to find them on vimeo. Japanese music seems to be blocked pretty often.

On your reddit post about the Japanese songs, you have a pic of Luffy from One Piece. Which song is the One Piece song?

I linked the wrong video for “New World (Shin Sekai)” and it was an AMV lol. Sorry! 😳

Well, I can’t watch it because it’s not available in my country. It’s ok Elliott-san.

Despite being a huge anime nerd I really don’t listen to much Japanese music except Mono and an occasional bout of Pillows. Reasonably certain we’ll never see Mono in the game for… reasons… but hopefully some Pillows some day? A dude can dream.

So when will we see a Swedish DLC pack?

Who knows? I’d sure love to get a piece of that action though.

Fantastic news, I love J-rock and know all those groups.

So ok, no region locked but… will appear on the euro/usa psn stores? we will need a japanese account? any lights on this?

The general statement seems to be this DLC is for everyone.

Wow, that’s quite a bunch of Japanese DLC. I’m assuming the DLC will be released worldwide? Why not I guess, even if the appeal to Western audiences may be limited. Also lol @ Rocksmith getting Muse DLC when Rock Band never did for years.

Not “Muse DLC” it’s an on disc addition