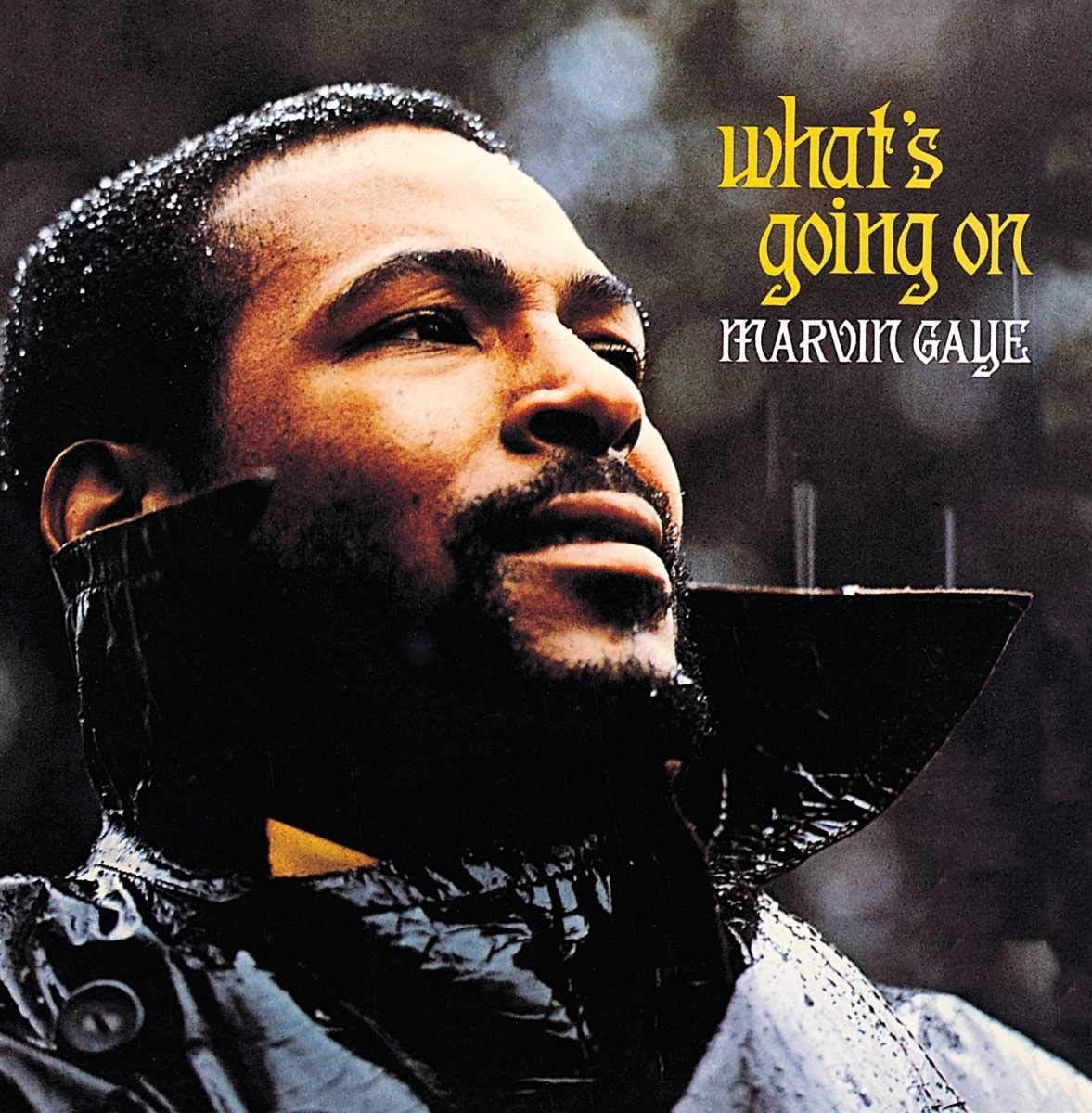 To celebrate, let’s revisit one of my favorite Rocksmith DLC packs and some of the best songs to try on bass guitar, the Soul Hits pack from July 24th, 2012.

I’m sure almost every self-respecting Motown fan knows this song by heart by now. That being said, this is certainly the most accessible, if not the most recognizable song in this pack. None of the 3 available arrangements are especially challenging, least of all the rhythm track, so this is definitely most recommended to beginners or fans of this song in particular. It’s a fun enough song to play on lead with its catchy riff and general feel-good charm inherent in most of Motown’s mega-hits, and those looking for an easy song to get to 100% mastery likely won’t want to turn this one down.

The rhythm arrangement, on the other hand, is a an entirely forgettable slog through repetitive three-note chords. Not much can be said about the simplistic bass arrangement either, especially in comparison to the much more challenging, expressively groovy basslines of the other two songs in this pack. It isn’t exactly “You’ve Got Another F# Coming”-simplistic, but bass guitarists would have a much more satisfyingly fun time elsewhere.

Those familiar with Otis Redding’s work will likely know this song as one of his first records released after his tragic death in an airplane crash mere days after its recording as well as the very first posthumous single to reach #1 on both the Billboard Hot 100 and the Billboard Hot R&B charts.

While slightly more challenging and varied this time around, neither guitar arrangements are especially taxing for any moderately experienced guitarists. Redding provides a merely serviceable acoustic rhythm guitar that doesn’t offer much variety from common major chords, while the lead arrangement is significantly more varied and expressive. It won’t be the major challenge most advanced guitarists might be looking for, but intermediate guitarists will have a lot of fun here.

Bass guitarists will absolutely have the most fun with this arrangement. Everything I’ve described that makes up the best basslines in past DLC reviews is present here; a plethora of grace notes, slides, and occasional expressive, groovy flourishes infuse it with a colorful personality. While not exactly the most challenging, bass guitarists of any level will undoubtedly have fun playing this.

(The following has nothing to do with the actual review; I’d like to see how many people are actually reading my Legacy reviews, so could anyone with the intention of commenting anywhere please type the word “pennywhistle” at the end of your comment? Thank you in advance, resuming review.)

I’d be lying if I said I didn’t absolutely love this song and the entire album from whence it came. Partially inspired by the tragic death of Gaye’s longtime singing partner Tammi Terrell from a malignant brain tumor and his ensuing depression and suicidal thoughts, written mostly in conjunction with Al Cleveland and Renaldo “Obie” Benson of Four Tops fame, “What’s Going On” as an album was Marvin’s statement on the toxic culture surrounding the Vietnam War at the time and on the viability of the album format; which, mostly up until this point, was used by Motown as packaging for hit singles surrounded by forgettable filler.

I probably shouldn’t dwell on the circumstances surrounding the song, lest I come across as more pretentious than my Bohemian Rhapsody write-up on my Queen legacy review, so I’ll instead make a slightly controversial statement in regards to my opinion on this song’s playability; in spite of its relative unpopularity with the Rocksmith fanbase (especially our own video uploader Elison Cruz, as is evident in the description on this video), I genuinely like playing both rhythm guitar arrangements on this song. It could be because I have a particular affection for the soothing-sounding suspended 7 and other combination chords used in these charts or just the idea of chord shapes that aren’t simple power chords with occasional major or minor thirds found in so many other popular songs on Rocksmith. If nothing else, it’ll make for a unique-sounding campfire acoustic song. Moderately skilled rhythm guitarists looking for something different-sounding to play will have the most fun with these arrangements, as will anyone who just genuinely likes this song (which should be everybody, but I’m not one to judge).

For any bass guitarists out there, picking up this song is an absolute no-brainer. There’s a really good reason why it made our list of Songs on Rocksmith you NEED to try on Bass, and everything I said about The Dock of the Bay’s bass chart applies here tenfold. James Jamerson was one of the most skillful, influential session musicians of all time, and his skill absolutely shines here: a briskly-paced, syncopated chart with numerous grace notes and flourishes added at just the right moments to give the song real soulfulness and an expertly delivered drive and groove.
Just from reading all of the above, you all know what my pick is going to be.

Pick of the pack: What’s Going On

Lastly, I’d like to remind everyone that, as a gift to you all in honor of the holiday season and the new year, I’m leaving the next review up to a vote. Leave a comment below with your pick of a legacy DLC pack (that is, any DLC 3- to 5-pack released before the launch of Rocksmith 2014) that you would like to see me do a write-up of. Nominations from the comments of the Rock Hits 4 review include Rush+Headlong Flight, Rock Hits 00’s 2, Rock Hits 80’s 4, Megadeth, Incubus, and Offspring. You can find the list here (U.S. packs only, please):

One pack per comment, one vote per user, and the winner will be chosen at random, which means more votes gives your pick a better chance. Have a wonderful new year, everybody!

I love these reviews; please keep them coming!

And happy new year all! Looks to be a good one. There seems to be agreement already that next week is Linkin Park. The streak of Top 40 continues! …pennywhistle.

I love this pack and hope to see more like it. What’s going on is one of my favorite warm up bass tracks, plus I love Marvin gaye. This is a great pack for starters or just anyone. Also I love these reviews with all their pennywhistle love.

In the interest of fairness, I had Elliott randomly pick the winning pack, and the winner is: 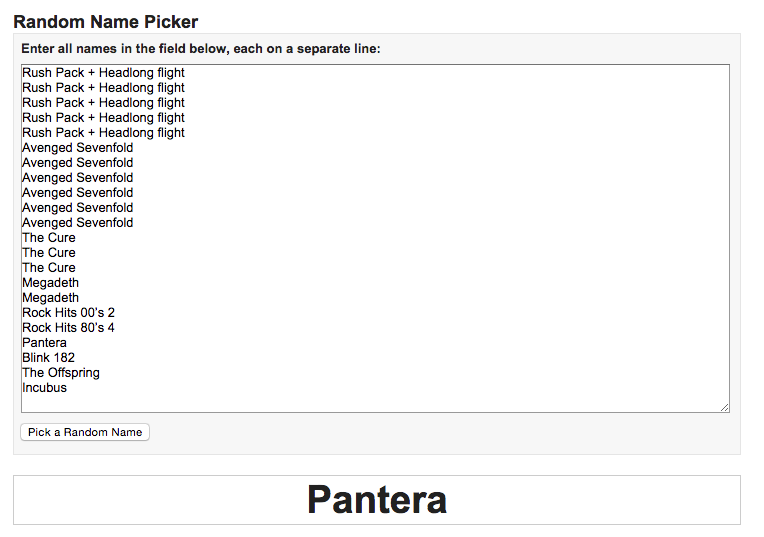 The winner will be picked at random. Currently, Rush and A7X have the best chances of winning with a 5/21 chance each, followed by The Cure and Megadeth.

Excuse my ignorance but what the heck is ‘pennywhistle’? Why is it in so many comments? I’ve clearly missed something! Also I didn’t bother with ‘My girl’, but the other 2 tracks in this pack are great. we need way more like this. And some more damn FUNK! But yeah, someone, what is the ‘pennywhistle’ thing?!

ok got the pennywhistle thing. I did read it. then forgot.

I did it just to antagonize people like you. 🙂

Good review. Which one of your friends did you make a bet with on how many times you could get strangers to write pennywhistle?

I unfortunately cannot reveal that… 🙂

pennywhistle. this bassist wants more motown and funk in rocksmith. jamerson is awesome, “whats going on” a masterpiece.

A must have release for bassists, “What’s Going On” is always a song I recommend to people.

I guess I’d like to see a review of the Incubus pack since it was nominated and I haven’t bought it (yet(?)), and it seems like the kind of songs that are harder to judge the fun factor by video alone. Pennywhistle.

I’ll definitely buy this pack, since for I don’t know why I hadn’t before. Looks great on bass.
Pennywhistle

I love your legacy reviews. Pennywhistle.

Three of my total favourites. Love What’s Going On on bass. James Jameson is my hero.

I felt a massive sense of achievement after getting 100% on bass for What’s Going On. I love Jamerson’s basslines. Haven’t tried playing any on pennywhistle yet though.

all your reviews are an extremly interesting read….very helpful to judge the level of song I’m trying to play….
pennywhistle.

I love the legacy reviews (well, actually, anything resembling actual *reviews* of the packs from a musician’s perspective). That said, this wasn’t one of my favorite packs. As a relative beginner, I really appreciated “My Girl” -- although yes, it was pretty boring, but easy to memorize and master.

I’m afraid I agree with Elison’s perspective on What’s Going On. Never did like this song, even though everyone whose musical tastes I respect and generally share felt otherwise. It’s like my not-so-secret shame.

As to what I’d like to see next… um, all of them, eventually, but how about the Rush pack? Besides, we need a repeat there. Rush needs to be the next band with two packs! ‘Cuz.

The incomparable James Jamerson played bass on both What’s Going On and My Girl, which really goes to show the amazing musical sensibilities of a player who knew when to lay back in the cut, and when to cut loose.

I had completely forgotten about that, to be honest. He’s also responsible for the bass tracks of over 30 more #1 hits from Motown.

I will go with A7X

NOOOOOOOO
I FORGOT TO SAY, pennywhistle

I’d like to see a review on the first pack I bought: The Cure. It seems a good variety of skill levels involved in that pack of pennywhistles.

What’s Going On was the best bass line of the pack, pennywhistle.

I vote for the A7X or Pantera DLC to be the next review.

I mean, I vote for the A7X or Pantera DLC to be the next review, pennywhistle.

Awesome, I’ve been meaning to pick up the Otis track, just might need to pick up the Marvin Gaye one too! It would be awesome to see an Avenged Sevenfold review. Also, pennywhistle.