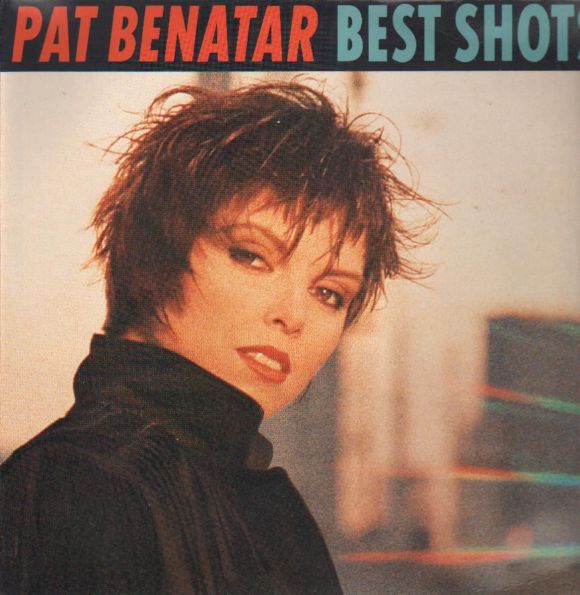 While you’re all enjoying the riff-tastic solos of Jimi Hendrix this holiday season, why don’t we have a look back at another solo-heavy DLC pack? Today’s subject is a 3-pack featuring hits from Blue Öyster Cult, Pat Benatar, and The Knack released on June 26th, 2012.

Look, it’s BOC once again! Guitarists with a fondness for intricate soloing will absolutely fall in love with the solo-tastic primary lead arrangement. In true Öyster Cult fashion, rapid-fire solo notes and crunchy riffs are on full display, with some of the most satisfyingly fun solos in all of the Legacy DLC. I would strictly recommend it for advanced players though, as even I had much more trouble than I expected getting above 80%, given is relatively slow, radio-friendly sound and tempo. Intermediate guitarists will have the most fun on the rhythm arrangement, as it focuses squarely on the chords comprising the main riff with one small solo after the bridge. I wouldn’t recommend the bonus lead to anyone, on the other hand, as it is a pitifully easy single-note version of the rhythm with a couple harmony solo notes from the primary lead.

Bass guitarists will have quite a lot of fun with this track as well, as it is one of the few songs in the entirety of the Rocksmith DLC that boasts an actual bass solo, In spite of only following the root notes of the rhythm chords during the main riffs. Intermediate players will have the most fun, as would any bass guitarists looking for that rare bass solo.

Oh boy, more Guitar Hero 3 memories…
Don’t get me wrong, I do like this song in spite of its unabashed cheesiness, but I can’t be the only one who’s sick of hearing it repeated ad nauseum from teen girl-pop singers the world over who seem to completely forget its feminist message, can I? Nevertheless, this is still a fun song to learn on lead for intermediate guitarists who don’t mind the 80’s-style cheese, with a satisfying solo and arpeggio section to boot. Once again, like most Rocksmith songs, the rhythm arrangement only contains the chords without the solo, so beginners may want to start there first.

The bass track is the most simplistic out of the entire pack, as it only contains the root notes of the chords with absolutely no variation in the form of grace notes or groovy flourishes. Beginners may have fun, but there isn’t really much else to effectively say about it.

I’ll be up front in saying that I really did not have as much fun playing this song as I know most other guitarists playing this would. It could be its repetitive two-note riff, a solo that seems to drag on for far longer than it should, or its generic, flavorless “one-hit-wonder”-feel that pervaded much of 80’s commercial pop-rock (this was 1979, technically, but it’s close enough). A rhythm arrangement and a bassline that both do nothing but strictly follow the song’s chords and root notes with no variation or extra flourishes don’t help matters, either. The best I can say about it is that the lead arrangement’s solo is challenging enough for intermediate guitarists. Definitely one of the duller songs in the Legacy DLC, at least in my semi-pretentious opinion.

Pick of the pack: Godzilla

Lastly, as an extra holiday gift to you all, I’m going to let you all pick a legacy DLC pack for me to review. The next pack I’m reviewing will be Soul Hits, but the pack after that will be of your choosing. Comment below with your pick, and the one with the most unique user comments (that is, comments made by different users) will be reviewed. The list of packs in order of release date can be found here (U.S. Packs only, please):

Remember that Legacy DLC is any DLC pack or collection of singles released in the U.S. prior to the launch of Rocksmith 2014 edition on October 22nd, 2013. Get commenting, and have a wonderful holiday season Rocksmith fans!

100% the Rush Pack. I haven’t seen too many videos or write ups about them.

I would like to see the Blondie, Tu-Tone, Springfield pack. All ok songs but I didn’t pick any up. I enjoy reading these no matter what pack. Good job, keep it up

Hit Me With Your Best Shot was the first bass track I got into Master Mode in so it has a special place in my heart.

Have you done the Rush pack+single… If not, you really should, no rush.

Hehe, it’s a pun. No, my comment does not count as a vote.