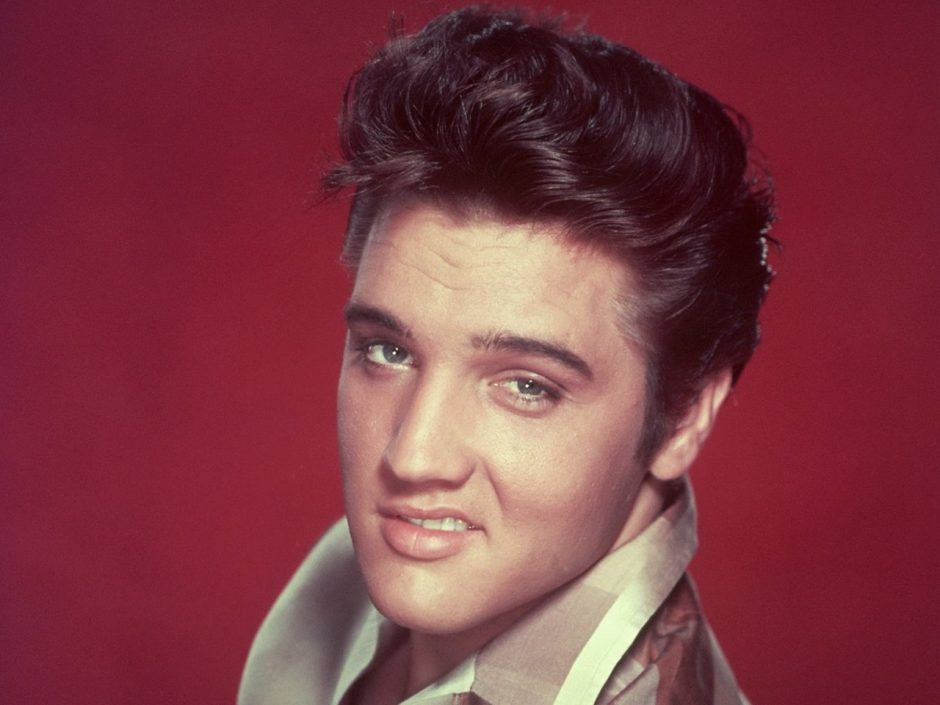 It was announced a long time ago, but it’s finally time for the release of Rocksmith 2014 Remastered! Now, if you’re brand new to the franchise and are purchasing the remastered edition on disc, then you’re getting this week’s DLC for free. If, however, you’re just getting the update, then you can purchase these songs as part of the Anniversary Song Pack for $13.99.

We’ve got six songs from six brand new artists to the platform. In case you don’t remember, let’s take a look at what we’re getting!

First up, the very first taste of roots reggae to the platform comes courtesy of Bob Marley & the Wailers who bring their 1973 classic Three Little Birds to the game. Off of the album Burnin’, you’ll be sure to have a great time with this laid back groove! If you don’t recognize the song by title you probably know it as that “every little thing / gonna be alright” song.

Next, the king of rock and roll finally appears in the game. That’s right, Elvis Presley is bringing his 1969 classic Suspicious Minds to the game! It may sound like a simple track but be wary because there’s some tricky stuff in there!

Our next track is a dose of modern indie pop courtesy of fun.! No, it’s not We Are Young, it’s the title track from 2012’s Some Nights!

The next song is a little dose of Motown soul featuring the king of pop. Yes, from 1969’s Diana Ross Presents The Jackson 5, we’re getting the bouncy pop-soul classic I Want You Back! Bassists rejoice, as this is probably one of the best recorded bass lines of all time.

Then, we FINALLY get some more hip hop in Rocksmith (sort of) by way of one of the most memorable songs of the early 2000s. Off of OutKast‘s 2003 double album Speakerboxxx/The Love Below we have the classic Hey Ya!. Fun fact: except for the bass part, every instrument was performed by André 3000!

Finally, fans of mid 2000s TV shows with melodramatic montages will be over the moon at the addition of Train‘s 2001 hit Drops of Jupiter! All joking aside, this is a great song to have in your repertoire if you were, say, around a campfire…

There’s a lot of variety in here, so there’s bound to be something for everyone! Tell us, are you in for the whole thing, or more likely to just pick and choose? Let us know in the comments!

Steve Rosa It’s the actual, insightful answer you want. If you’re taking the time to ask, please take the time to read it.

I actually read it when it was originally made. But I just wanted to troll Elliott 🙁

Honestly feel like We Are Young would have a less boring song to learn. But everything else is really cool.

I listened to it today and there’s some lead guitar in the mix. I’m skeptical on Train but I might end up really enjoying it haha

I started my Rocksmith journey in the beginning of 2015 and feared I was coming aboard at the tail end of the franchise. It seems like there’s just as much, if not more interest in Rocksmith than there’s ever been. I’m very happy to see it continue to be a prosperous title!

I’ve always been interested in playing guitar ever since I saw Prince and Jesse Johnson in the movie ‘Purple Rain.’ Sure it was only a movie but it was a dream of mine to actually play guitar. 30 years later thanks to Rocksmith, I’m able to fulfill my dream. I won’t be playing on the big stage but the fact that I’m playing is enough for me.

Anyone elses sound on Suspicious Minds get really muffled about half way through?

Check out Wikipedia, interesting story about why that happens

I would get this pack, however it seems unreasonable to charge people who already own rocksmith 2014 as opposed to giving it away free if you BUY remastered. Sure the pack seems cool but I can’t see me dropping 13.99 on it.

Just pretend it’s regular weekly DLC. The songs are three bucks (same as always) and buying the pack results in a free song. Why would anyone give if a shit if someone else in a different situation gets them for free? You can always buy remastered yourself and get them for free if “getting something for free” is your primary concern instead of enjoying playing great music.

Easily, without argument from me, the best DLC pack of 2016 so far.

For me its right up there with the Rush pack for sure.

Ive lost my dlc songs. I see them in there, but I pick them and it disappeares?

Yes, I’ve seen this issue being reported on the Official Forums, http://forums.ubi.com/showthread.php/1502421

Thanks! I’ll check it out

This was a great pack on bass. Four out of five were fun to play and the fifth was an okay song even if slow and easy (and no punk this week!). Thanks Ubisoft for a great anniversary pack (especially for “I want you back”). 🙂

Yeah, glad they branched out. Been on the metal, punk, alt-rock vibe for most of the year.

A-fuckin-gain…… Where the shit is my goddamn update and not only that, where is my option to download the songs…
Anyone about to help a brother out with a download link please, doesn’t show up in my steam!?

The link is right up there ^

They should’ve swapped the Alt Leads for the normal Lead tracks. Some Nights and Three Little Birds focus more on charting memorable melodies, keys and vocals… Hey Ya does this as well but the rhythm path has the actual guitar charted and the lead makes sense as a vocal/keys chart.

First off, I know that Rocksmith needs to make money, that being said I’m a little unhappy that these songs didn’t come free, since I have 778 of the 909(?) Songs. That’s OK bcuz I don’t really want any of these. Second: I now have the update and it’s great in a lot of ways, but what really sucks is that all of a sudden it won’t let me play my songs. I will click on one and it will just vanish. If I go out of learn a song and back in the song will reappear. But if I click on it again it will disappear again. I have to restart the entire game to correct this, which is a pain. I play on Xbox one. Does anyone know where I can report this so it can get fixed?

Yes, I’ve seen this issue being reported on the Official Forums, http://forums.ubi.com/showthread.php/1502421

Every little thing is gonna be alright……..

Okay, I’m not gonna lie. I’m so excited about playing “I want you back” tomorrow that it kinda feels like Christmas eve. (and I apologize for the analogy to anyone who may be bent out of shape about not getting free stuff) (oh, and I suppose I should apologize to anyone who doesn’t celebrate christmas as well but I’m an atheist and you can all blow me). 😀

I’m amazed at how the facebook and twitter idiots are making their Rock Band equivalents look downright civil!

Awsome…went to stats and it froze..

I guess I have to wait for enumerating(which seems to take longer now)to finish before I can open anything. At least on xbox1.

I see this and wish I’d been alive to have seen when it first aired on TV or however the world saw it.

When is the remastered upgrade going to be released? Is that also coming tomorrow?

Never mind, I found the answer.

I’ll reconsider this pack when I get a bass. Until then -- nice score for the licensing team but for me, meh.

A bunch of songs I’m interesting in learning, but “I want you back” makes this pack an insta-buy. Really looking forward to learning the bass line.

“I Want You Pack”. I was sure that was what the vote up there was going to say instead of “Hey, Ya”. Lol Can’t wait for this one. Time for a Motown pack!

Haha that’s a good one as well!

Oh, forgot to add a question. Was that Elvis photo unplanned? Looks like he’s pinchin’ a loaf.

My God, this is the equivalent of going from the dirt and smog filled air of Tahrir Square to the fresh clean island breeze on Mau’i. For me (<--key words there) 2016 has been a depressing year musically. Lost Natalie Cole, Glen Frey, and Prince. Then the DLC for RS2014 has been for the most part very disappointing. (again, not trashing anyone else's musical tastes) The DLC has been uninspiring as we see the same 3 music genres released each week--very little variety this year. It seems now that the Anniversary Pack will FINALLY provide the most TRUE definition of variety that we've seen in a Variety pack is a long while. FINALLY FINALLY FINALLY -- We're getting some Roots. Words can't explain how happy I am to see this. As with any fan, yes I feel there could have been better choices than Three Little Birds, (Burnin' and Lootin', Sun is Shining, No Woman No Cry, others) but the fact we're getting ANY Marley is stunning. Mahalo Nui Loa. FINALLY FINALLY FINALLY -- When I think of what i'd like to play from Motown, this is one of the first songs that pop up. I Want You Back. The space between bass notes and then that run (actually walk)…. it just feels like a fun song to play. And since we've yet to get a quality offering from Mr. Clinton or Mr. Brown, there happens to be some funk for the guitarist out there as well. Finally, starting to see some Hip Hop, and yes there is music worth having in RS2014. For example, Dr. Dre prides himself on using live instrumentation in his music. If we're leaning toward hip hop that crosses boundaries, I've have gone with Lauryn Hill, The Roots, or some other songs by OutKast, however;… Read more »

Tuesday needs to hurry up and get here already!