Greetings Rocksmith 2014 fans! Hope you are enjoying the Weezer DLC we received this week (the pack is coming to PSN EU soon right?). We haven’t heard much from Paul Cross (@CrossieRS) regarding next week’s DLC other than a cryptic tweet perhaps pointing towards Deftones or System of a Down (or maybe Mastodon right?). 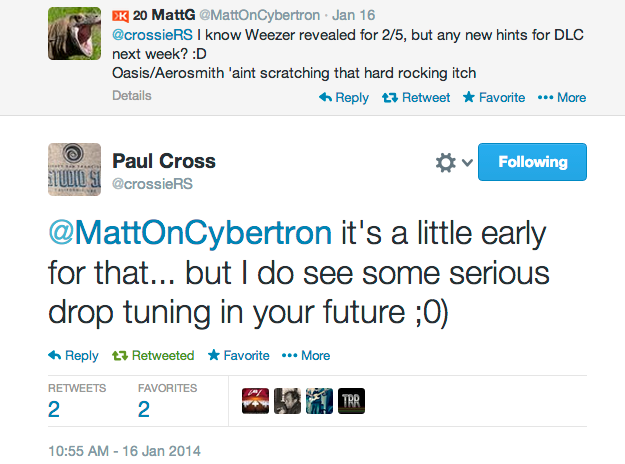 Also this one which could relate to a future DLC down the line: 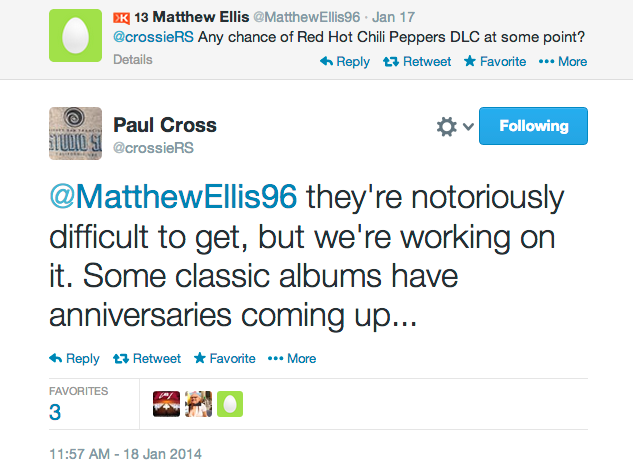 One rumour we didn’t give much attention to however was this setlist slip up captured from a Red Storm Entertainment video. This video detailed how Bedowyn’s Snarling of Beasts made it onto Rocksmith 2014’s setlist as a bonus song. 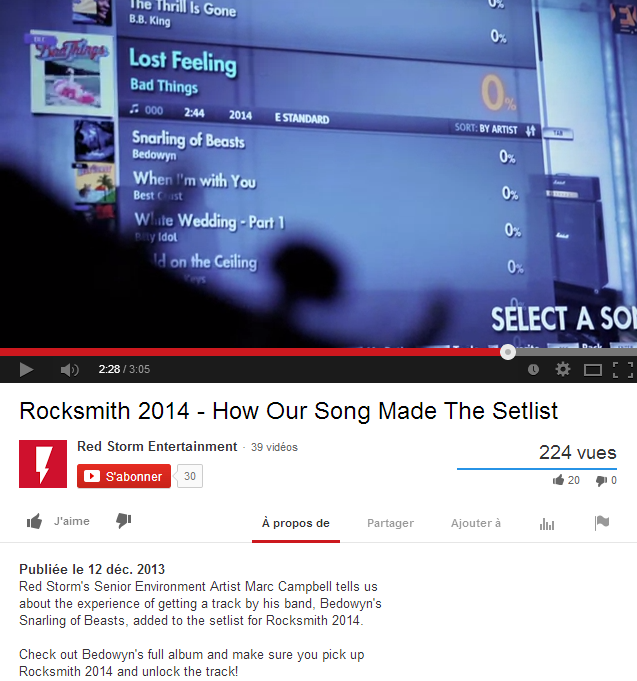 Was this song cut from the final build or is it upcoming DLC? Also who the heck are Bad Things?

Well, Bad Things are a band that would probably not get much attention if not for the fact that:

Shaun White is their guitarist. Yes, the same Shaun White that has dominated competitive Snowboarding since 2006.

He’s not a bad skateboarder either… Seriously is there something this kid is bad at??

Bad Things got their real big break when they took over the slot at Lollapalooza 2013 left open by Sacramento experimental hip hop group Death Grips being a no show that night.

Check out the song that may be coming to Rocksmith eventually and let us know if it’s the type of thing you could see yourself rocking out to.

Whatever happened to this song? It’s been well over a year and a half since this article was published, and Lost Feeling has not been made available to download. Has it been pulled or something?

Better a band I don’t know than songs I’ve heard on the radio a million times.

we need some queens of the stone age, preferably a song that uses C standard tunning, maybe some songs for the deaf

Who told you to make a random request?

The same person that told you to care.

Hopefully its not bad things “literally”. wishing it is System of a down, soundgarden or linkin park. or all three 😀

For a second there I thought bad things meant legal troubles or something, so my initial thought was “NOOOOOO, bad things can’t happen before Ubisoft finish talks with Brendon Small and get some Dethklok!”

Then I read the article to find out Bad Things is a band. Whew.

I’m actually super excited for this one

while this ^ is undoubtedly a thing that will happen, I’m guessing Paul’s reply to me was alluding to more Foo Fighters or System of A Down though.

maybe something even heavier if I’m lucky…

Shaun White is a pretty awesome athlete. Is he competing in Sochi?

Yup, he even dropped out of the X-Games to be better prepared.