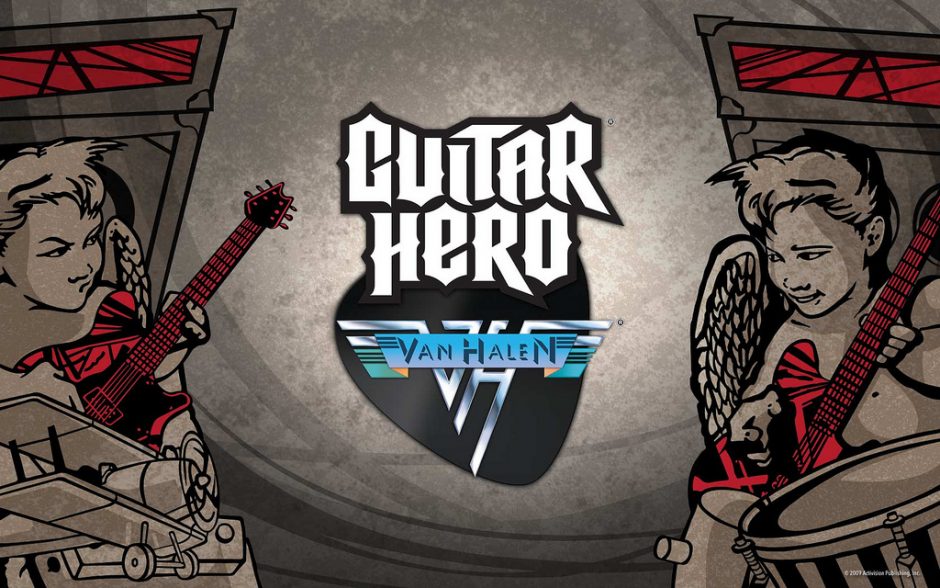 Arguably the most infamous of all the Guitar Hero games, there was definitely a “you get what you pay for” attitude surrounding Guitar Hero: Van Halen. You paid, of course, nothing given that for a long time purchasers of Guitar Hero 5 would be given a full copy of Van Halen for free. If you didn’t live in a country that had that promotion (or if you wanted a real case and not a paper slip), however, you could purchase it separately in December of 2009, Guitar Hero: Van Halen would be the 6th and final full price game released under the Guitar Hero brand in the infamous year.

Because of the pack-in nature of the game, it meant that it was developed in the World Tour era and would therefore be using the now outdated Guitar Hero: Metallica engine instead of the then-current GH5/Band Hero one. Because of this, a lot of features like song challenges, party play, and any instrument combination weren’t included.

The engine wasn’t the only thing that was heavily criticized, however. The absence of anything from the Sammy Hagar era (and to a MUCH lesser extent, Gary Cherone) was a disappointment to people, myself included. In addition, the replacement of longtime Van Halen bassist Michael Anthony with Eddie’s then-16 year old son Wolfgang was met with largely the same reaction as it was in real life.

On the subject of Wolfgang Van Halen, one of the other major disappointments with the game was the setlist. While previous band-centric games Aerosmith and Metallica had featured guest acts that were of significance to the band or directly influenced by them (Run-DMC, Cheap Trick, Ted Nugent, ect. in the case of Aerosmith and Mercyful Fate, Mastodon, Suicidal Tendencies, ect. for Metallica), the members of Van Halen clearly couldn’t be bothered to pick any. That’s why the guest acts were hand picked by Wolfgang who went with people like Yellowcard, Alter Bridge, and The Offspring. Musical opinions aside, the connection to Van Halen is tenuous at best.

Not everything about the game was awful, though. Eddie Van Halen is the truest definition of Guitar God, so what GH:VH had on offer was one of the strongest set of guitar charts in the entire franchise. In a similar vein, David Lee Roth does a lot of really fun vocal stuff which, if you can get past the dodgy vocals engine, makes for a great game to sing, too.

Back to the setlist, 60% of the 47 song setlist consisted of Van Halen music, although three of the VH songs are Eddie Van Halen guitar solos. Of the 47 songs, 8 are currently playable in Rocksmith for a total of 17%. In addition, The Kinks’ original version is playable in Rocksmith 2014 while Van Halen’s cover is available here. The percentage here is on the lower end of the Guitar Hero scale, but compared to other band-centric titles, it’s tied with Metallica and slightly ahead of Aerosmith’s 10%.

As we’ve done with all the other band-centric titles, we’re first going to look at what we’d like to see in our “dream Van Halen 5-pack” and then take a look at 5 guest songs we’d like to have.

Skipping all of the unnecessary “song” nonsense, Eruption is a plain and simple guitar solo. Well, not so simple, actually. Quite complex, in fact. But for a game like Rocksmith, I can’t think of anything more perfect than Eruption, especially as a way to perfect your tapping!

Perhaps the only thing more complex than Eruption, Hot for Teacher takes the basics from the solo and builds an entire song around it. Couple that with the fact that it might just be the best hard rock song ever written and there’s no way Hot for Teacher doesn’t belong in Rocksmith!

To quote (a depiction of) Michael McDonald: “Sweet Jesus, that’s smooth!” But man, it really is brilliant!

As legend goes, David Lee Roth was once told that all his songs were about women, partying, and cars. This prompted David Lee Roth to realize that he hadn’t written a song about a car. Thus, Panama was born and the world was better for it!

Unchained? Really? C’mon Oscar, give me a break…

Well alright! One break, comin’ up!

We’ve got Highway Star and Smoke on the Water already, but there’s one more essential Deep Purple song that has yet to come to the platform. A great proggy jam that would provide some incredible tones for us to use. Yeah, pretty much essential for the platform.

A loving tribute to The Cars and one of the most popular rock songs of the early 2000s. Stacy’s Mom might not be the most complex song in the world, but there’s some nice arpeggio stuff and a decent solo going on and it would make a pretty great beginner song that’s not snooze-worthy.

Queen – I Want It All

Arena rock at its finest. Queen’s 70s period is definitely awesome, but also very well represented in Rocksmith by this point. This late-era banger is one of the most perfect songs that could be added to Rocksmith with its epic main riff and more solos and variations than you can count. I want this in Rocksmith, and I want it NOW!

The awesome fuzzed out bass on this track alone makes this a must have in my eyes. Rocksmith certainly has a decent amount of great basslines, but nowhere near enough. Adding this to the game would go a ways towards fixing that!

There’s our picks, what songs would you like to see from Guitar Hero: Van Halen end up in Rocksmith 2014 Remastered? Let us know in the comments!

Why no Van Halen on Rocksmith ?

well, it’s safe to say ANYTHING by Van Halen, but specifically, Panama, Hot for Teacher and Everybody Wants Some, wouldn’t mind stuff from the Sammy years but I daresay that’s wishful thinking

space truckin is a must with the rollin bass line and choppy solo…bring it to meee..

No one from GH Van Halen, I’d like to get every song included in GH Metallica and in RB AC/DC. And a new Iron Maiden 5 songs pack. Love the game guys I’m 40yo and I’m learning to play guitar with it!

Panama , Running with the devil , is this love

Oooh the floodgates are open. 😉 VH does a very good job of making it difficult for their fans to like the band. VH has shown time and again that they have little to no concern for there fans, as evidenced by the lack of new music over the past 20 years, piss poor greatest hits collections, no real respect for their music catalog, and no DVD or Blu-ray of a concert with DLR yet we got a piece of crap live album that (in video form) is actually on Youtube. (sorry, that still doesn’t count as an official release) This GH:VH game adds to that. I’ve trashed it so many times (especially on Riff Repeater) that there may not be much left to say. In fact I think Oscar said most of it in his post. The most beating of this dead horse I can give now is that this game sucked turtle ass. The way that GH: Aerosmith was done is perfect. They should have followed that model. I’m a fan of the VH in all of it’s line ups and this game truly disrespects their history. VH made great music with Dave and with Sam (sorry Gary, for the most part, that CD was boring) and MOST DEFINITELY with Mike. As for a 5 pack to include in Rocksmith, I love what the band did with Sammy just as much as what they did with Dave. With that in mind, I would like to see Sammy represented. They also did well with Wolfgang, although I’d still prefer to see Michael in there. 5 Pack: 1) Eruption (obvious choice) 2) Hot for Teacher (another obvious choice) 3) Unchained 4) 5150 (there are a lot of good ones with Sam, but this just sounds like a fun song to… Read more »

Beautiful girls! (Space truckin’ and semi-charmed life would be nice too)

Weezer-Dope Nose
Some cool tones and a fun solo