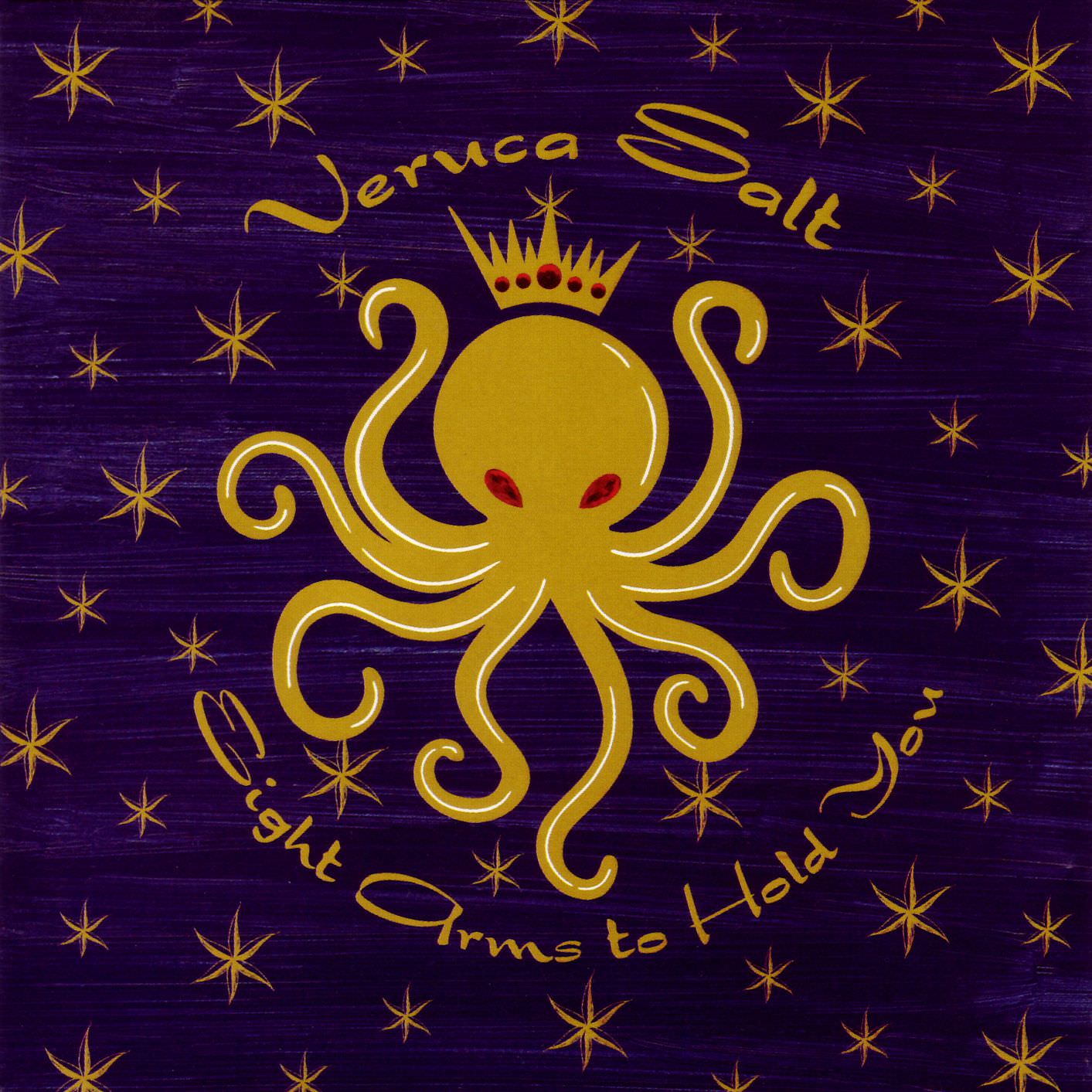 RollingStone222’s clue has been posted and solved and it looks like next week we are headed back to the 90s!

Are you ready for a giant series of GIFs? 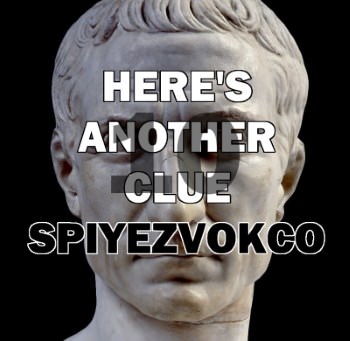 I think we almost have the answer! 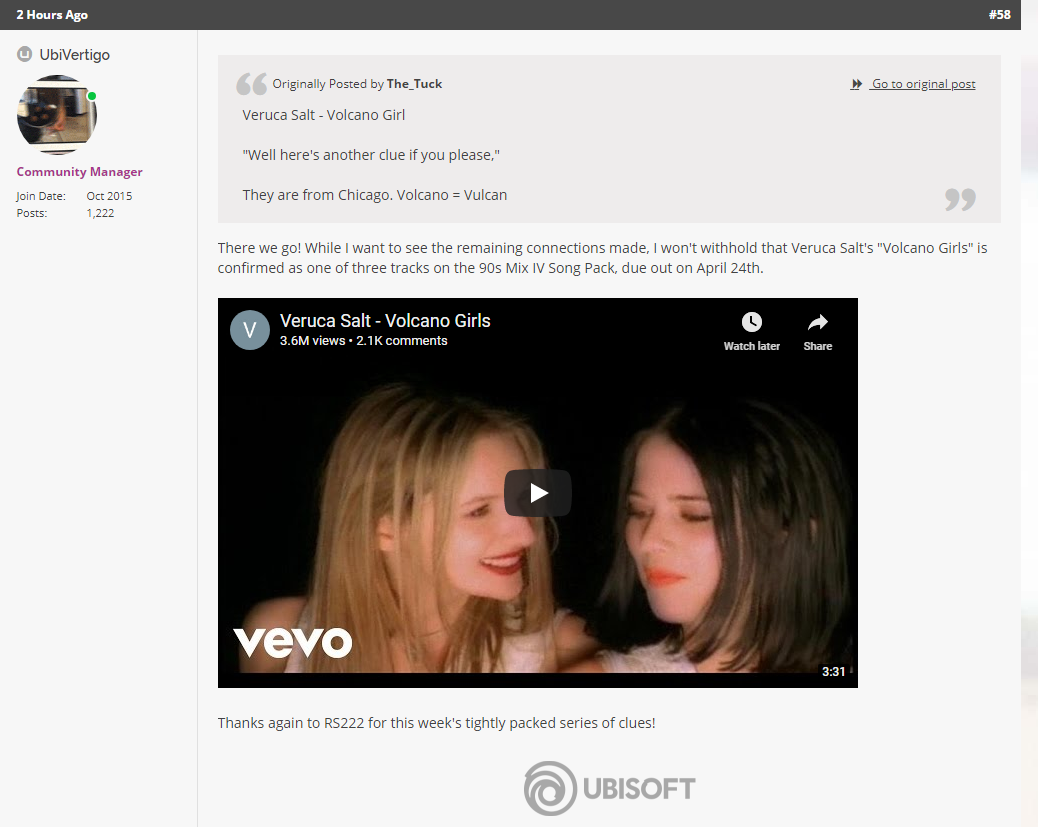 Another song from Guitar Hero On Tour: Decades

What other songs could join @verucasalt in next week’s 90s Mix IV DLC?

tuning be damned, I want it

Remember when Better Than Ezra had a Rocksmith commercial?

Cover of a cover?

Are you excited for another trip to the 90s with @verucasalt? Or is this pack already off to a bad start? Let us know!

Hey, I filmed this one…

90s mix will be an insta buy for me! Let’s see who else would I like to see? Breeders, The Black Crowes, The Verve, Elastica, Filter, Harvey Danger, Marcy Playground, Spacehog… I could go on. 🙂

They really should have their own pack, but I’ll take what I can get.

You are 100%. What I’ve seen a few times now is the Ubisoft will include a song in a mixed pack or decade pack and then give that artist a full pack later on. (Not sure if they’re testing the waters or just have too much to include in one pack.) Hope that happens soon with the boys from Cobb County.

How about Goo Goo Dolls?

Eh. To be honest, they never really did much for me. I liked “Name” but not much else. They are popular and wouldn’t be surprised if they showed up in this pack or another in the future.

I am thrilled about Volcano Girls! Hopefully we get Seether someday. There are so many songs from the 90’s that I want but here are a few.

Also would be expecting “Slide”, by The Goo Goo Dolls or “Iris” by any chance. I’m guessing the tuning for ”Iris” would be difficult since that tuning would be (BDDDDD).

Not sure how many of us would have put in a request for it, but hoping for Iris if the Goo Goo Dolls are included.

Back to my favorite decade at last. Hard to pick but it would be cool if they could give us another dinosaur jr or blind melon song. I sort of expected better than Ezra by now after pitching the game. I have a feeling like rest of bandfuse songs will show up duncan sheik or Alanis

Will need some Neil Young’s ROCKING IN THE FREE WORLD

Failure would be nice

A song I always associated closely with this one was Connection by Elastica. I’m hoping for some Big Wreck or maybe even some Tragically Hip, that would be awesome! Can’t wait to see what else they include for this pack. So many great 90s tunes it’ll be hard to miss. Love some of Jason’s wish list too, especially the Black Crowes and Spacehog.

Tragically Hip would be amazing. There is some great guitar work in there catalog.

“38 years old” Would be awesome

My favourite decade (slightly before the 80’s)!
I’ll probably be happy with whatever is added to the pack, but my high hopes remain the same:
Extreme -- Get The Funk Out
Queen -- The Show Must Go On
Runner-up:
Ugly Kid Joe -- Madman
Angra -- Nothing to Say

I like the idea of the dove shack and sh quik tracks. They have a good amount of guitar and bass in there.

So close,
Was hoping for Seether

Is it normal to feel almost famous when you have your post cited by theriffrepeater?

Anyway, good song! This was fun to sleuth.

I am surprising happy about the inclusion of Veruca Salt.
Just did a YouTube tour and now I almost wish for a 4 songs pack ^

And of course I’m still waiting a L7 pack also.

Dude, literally 5 minuted before seeing this, me and my band were talking about doing some Veruca Salt covers! This should make that easy! Thanks, RS

Very excited and looking for this 90s Mix IV pack! Hopefully the other two tracks could be from the Goo Goo Dolls and Counting Crows!

90s rock is the best! Not familiar with this song but will prob get the pack