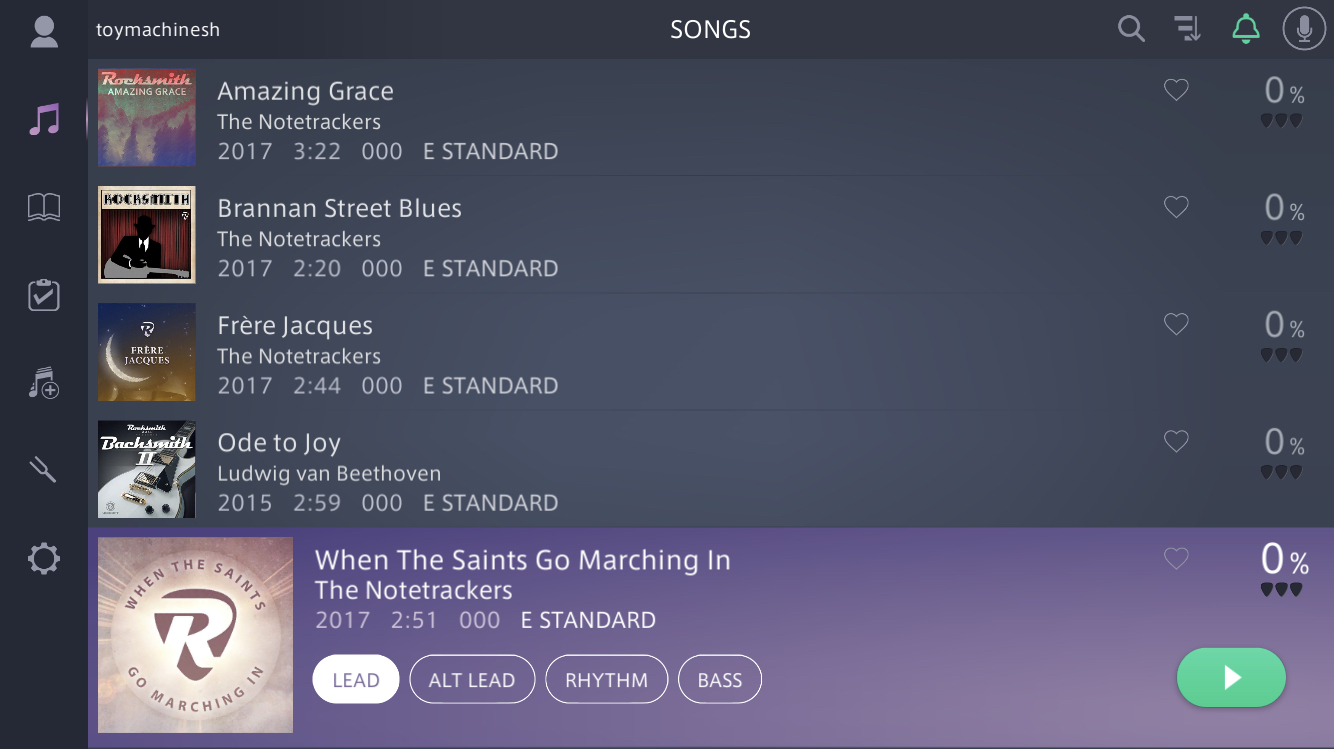 It’s not quite Bachsmith III, but it’s more music from The Notetrackers next week!

Let’s see how we arrived at this DLC reveal, care of a clue from RollingStone222…

Don't have a Ubi forum account, but the answer to the pic is "Ego". If you put A,B,C,D at the beginning of the top four words you get "again, blot, click, dwell" – and the only word in the bottom list that can have an E in front of it is "go". 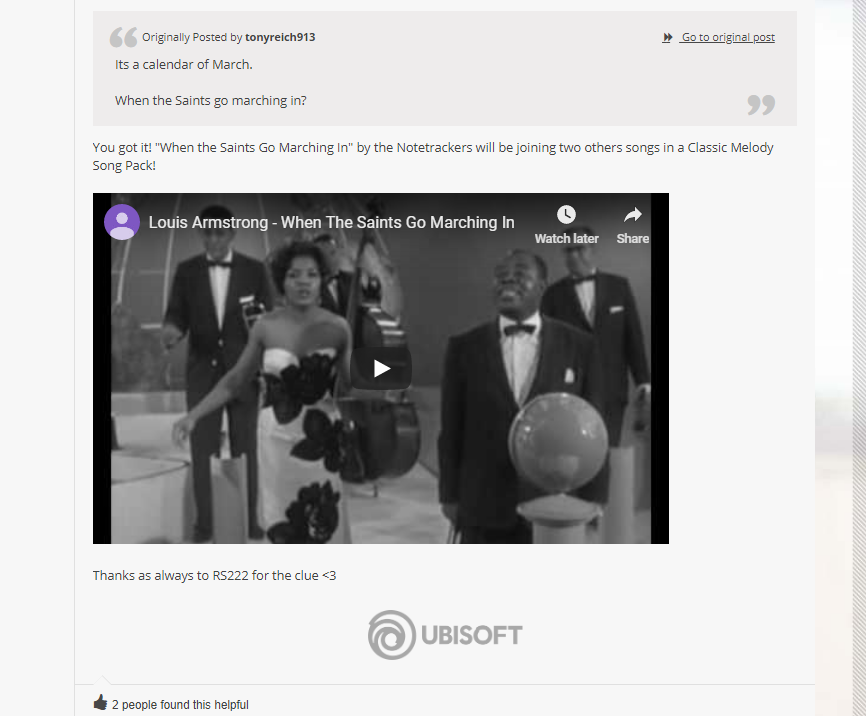 thanks @pcgamingisted and Greg Barr

What other songs from The Notetrackers could end up in the pack?

How about this one by Anthony Martinez? (It’s his birthday today ?)

Or is it this free DLC song released exclusively to iOS?

Or it could be this one (also by Anthony Martinez)

Are you happy to see these exclusive iOS songs of public domain nature come to everyone else? Or will anything over $5.00 be too much? Let us know!

Need to see what the other songs are but a country and western rendition of the saints go marching in? No no no no no, I turned the video off. That is not how I ever want to hear that song again. That was disappointing. Really hope the other tracks are better. Bachsmith the 3rd still sounds like a good idea to me though.

Thought I’d see what some off the other possibilities were and started running through the videos just watched Brannon street blues, absolutely nothing to learn from it but I’d totally buy that track just to have another blues number in my library. It’s actually shorter and simpler then the first blues price I ever learned. Apparently I skipped some steps.

Nice! I thoroughly enjoyed all Notetracker Versions in the two Bachsmith packs (most of all the two jazzy Mozart renditions). I’d probably have preferred the third iteration of that, but I’ll gladly take this, too. Looking forward to next Tuesday.

if you are going to do this, why not include more songs instead of just porting what you already have?

I’M GIVING YOU A PASS ON THIS ONE ONLY CAUSE YOU GAVE ME P.O.D LAST WEEK.

That’s what rocksmith should have done from day 1 is to make these packs on a monthly basis since they probably teach you more than the average artist song: What is the average player going to learn from playing three power chords for 3 minutes and paying $3 for it. Most songs are vocal central so instrumentals should have been the focus of this game if you really want it to be a learning tool

There’s a lot to be learned in most of the DLC, even the power chord based stuff can be helpful towards assisting people with their rhythm playing, and if you think most of the DLC is all basic power chord stuff, you’re buying the wrong DLC my friend lol.

No thanks. Not spending money on public domain songs. Pretty lame overall. Maybe next week we’ll get She’ll be coming around the mountain and green sleeves