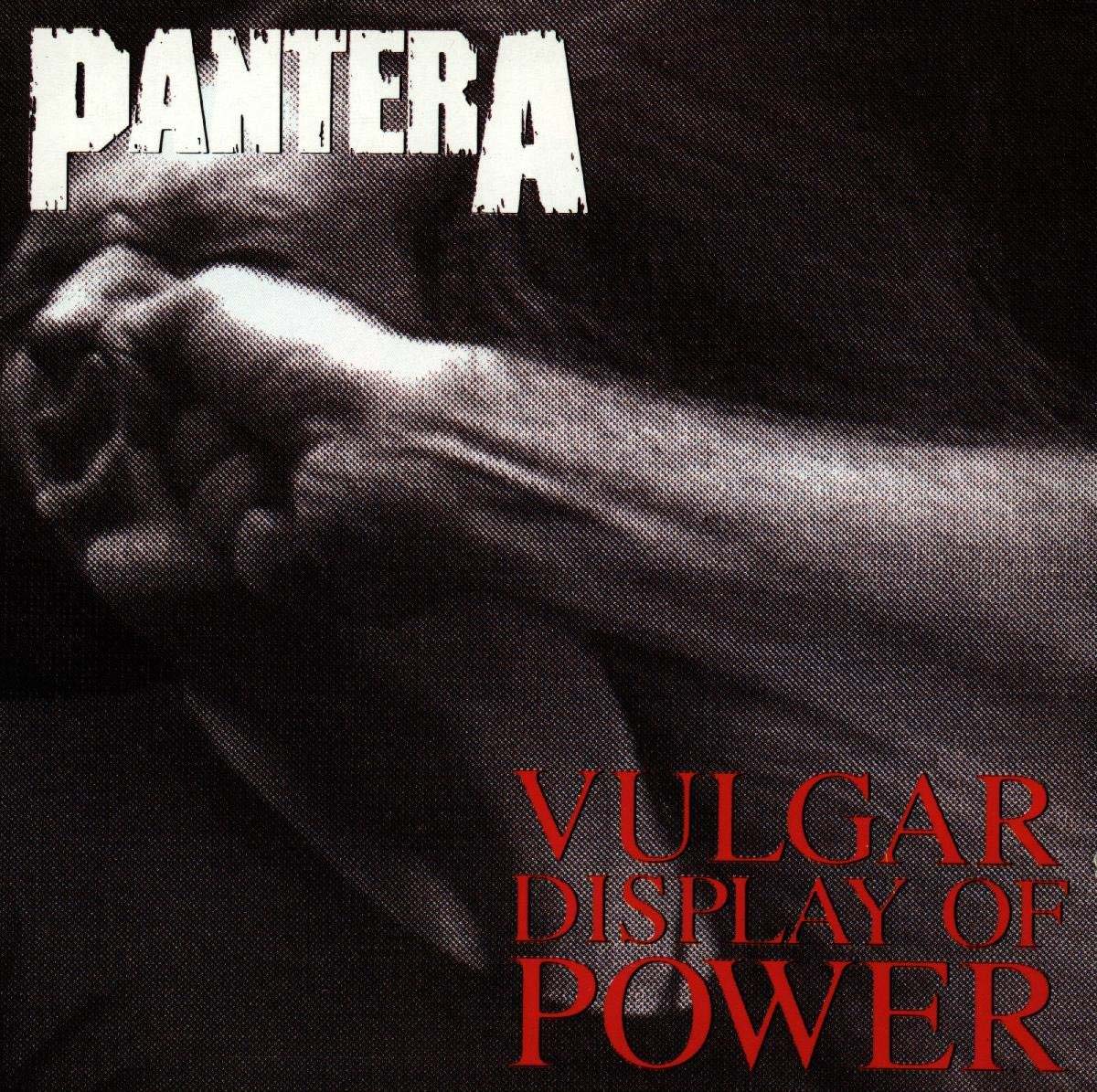 Well, RollingStone222 came close to stumping us this week, but in the end we figured it out!

Let’s check out how it went down on the forums this week! 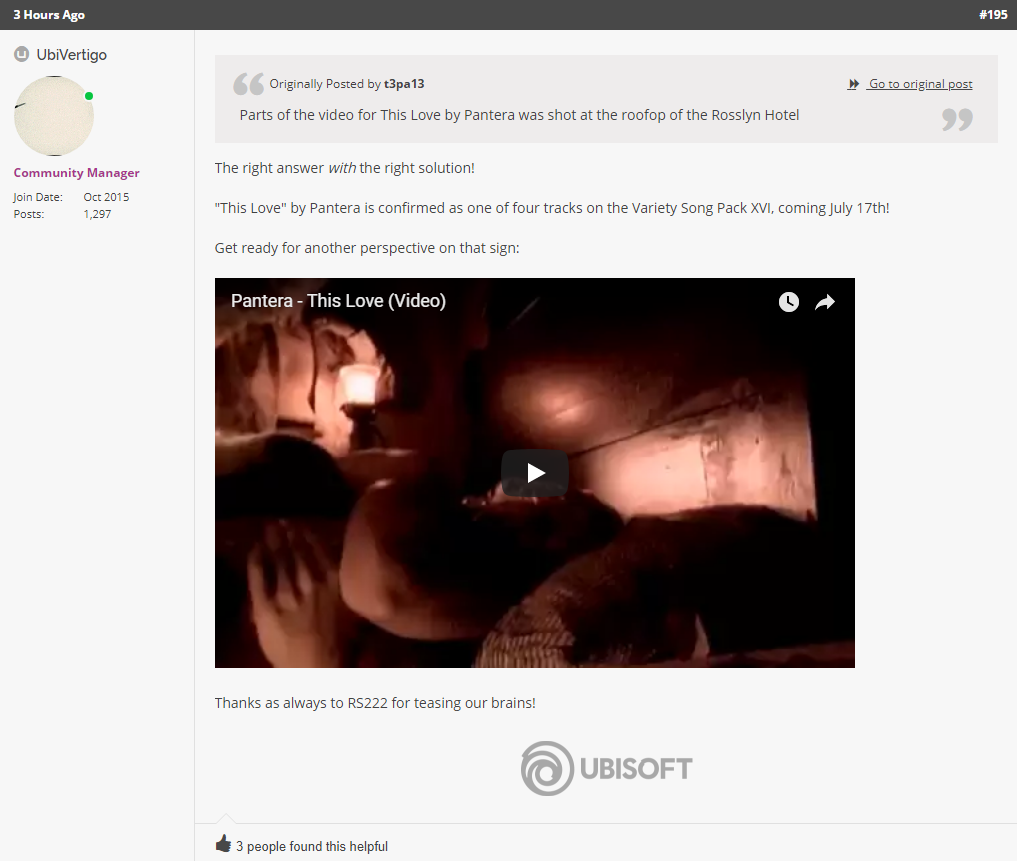 Hoping for the album version over the music video(?) edit

What other three songs could join @Pantera for Variety Pack XVI?

Are you excited for another track from @Pantera? Or are you hoping the three unrevealed tracks will tempt your wallet to open? Let us know!

One of this week's Variety Song Pack XVI tracks is gonna dream about the time when it's with you–which is this Tuesday. Return tomorrow for another track from #Rocksmith! pic.twitter.com/O0tYIDDEq7

Damn. I’ll get the pantera song but among others i would’ve preferred, mouth of war, I’m broken, becoming, god damn electric, I’ll cast a shadow, drag the waters or revolution is my name. Although i would also love to see at least a 3 if not a 5 pack of the rebel meets rebel tracks the pantera musicians made with david alan coe, cowboys do more dope, nothin to lose, rebel meets rebel, get out of my life and no comprimse are the unnegotiable tracks for me. Some of the others could make a very nice supplimental 3 pack to those, must include time then.

I guess you’d be happy to know that Mouth of War is already a DLC from Variety Pack X.

No doubt this won’t be the last Pantera track we’ll see either!

Oh i must have it then. I was thinking it was one of the tracks on bandfuse. Or maybe it was as well. Its been a very long day.

“I’m Broken” is the song BandFuse has on disc 🙂

I agree…Reinventing The Steel absolutely crushed! So many great songs on that album, imho…now that the Abbott brothers are gone from this earth, I hope it encourages more dlc releases from their works…Hell Yeah…Damage Plan…and Phil’s work with COC and others…Oh…and a COC pack wouldn’t suck either! js

thank you for this awesome news!

I am always up for more Pantera. Since it is a variety pack I am hoping for one a little out there, Mr. Bungle’s Retrovertigo. Finger’s crossed.

From the deciphered clue, I would have gone on a tangent that started on Mac operating systems, and been completely off. Not huge into Pantera (OK -- at all), but props to the fans thereof. Hope I will find something appealing. PS: I fail your capcha things about half the time.

Also they do an awesome version of Sabbaths electric funeral and I think hole in the sky. As do quite a few folks on both of the nativity in black albums. Would be a great way to get sabbath if they dont want to join themselves.
Monster magnets version of into the void
1000 homo djs -- supernaut
White zombie -- children of the grave
Sepultura -- symptoms of the universe
Godsmack -- sweet leaf
Megadeth -- never say
Primus w/ozzy -- n.i.b.

Among some other good ones. I know I’m forgetting a bunch. Although no replacement for the real thing there are actuallyna lot of good bands with cool sabbath covers. Just saying.
Althoug soulfly does a track called touching the void which always sounded like a cool sabbath tribute track. Whichat the moment also makes me think of a pretty cool band called cathedral with an awesome vocalist named lee dorian who was the og singer for napalm death and did a pretty good track on dave grohls probot album which would also make an awesome 5 song pack. Definately kurt b of d.r.i.’s track besides lee’s, cronos of venom, max’s is solid but maybe wouldnt make the top 5 with the quality of that album. Lemmy wrote his own bass line so that is a must. Maybe snakes or tom g. Its a pretty solid album with jack black doing a hidden track. Way better then anything the foo fighters have ever done, but not as good as the killing joke album grohl did. Thats the best thing dave has ever done.

Probot is such an underrated project, would love pretty much any song off that album to be honest

Internet was terrible when I first looked at this so i didnt see the speculation options. Thank god they are always wrong. Those are terrible.