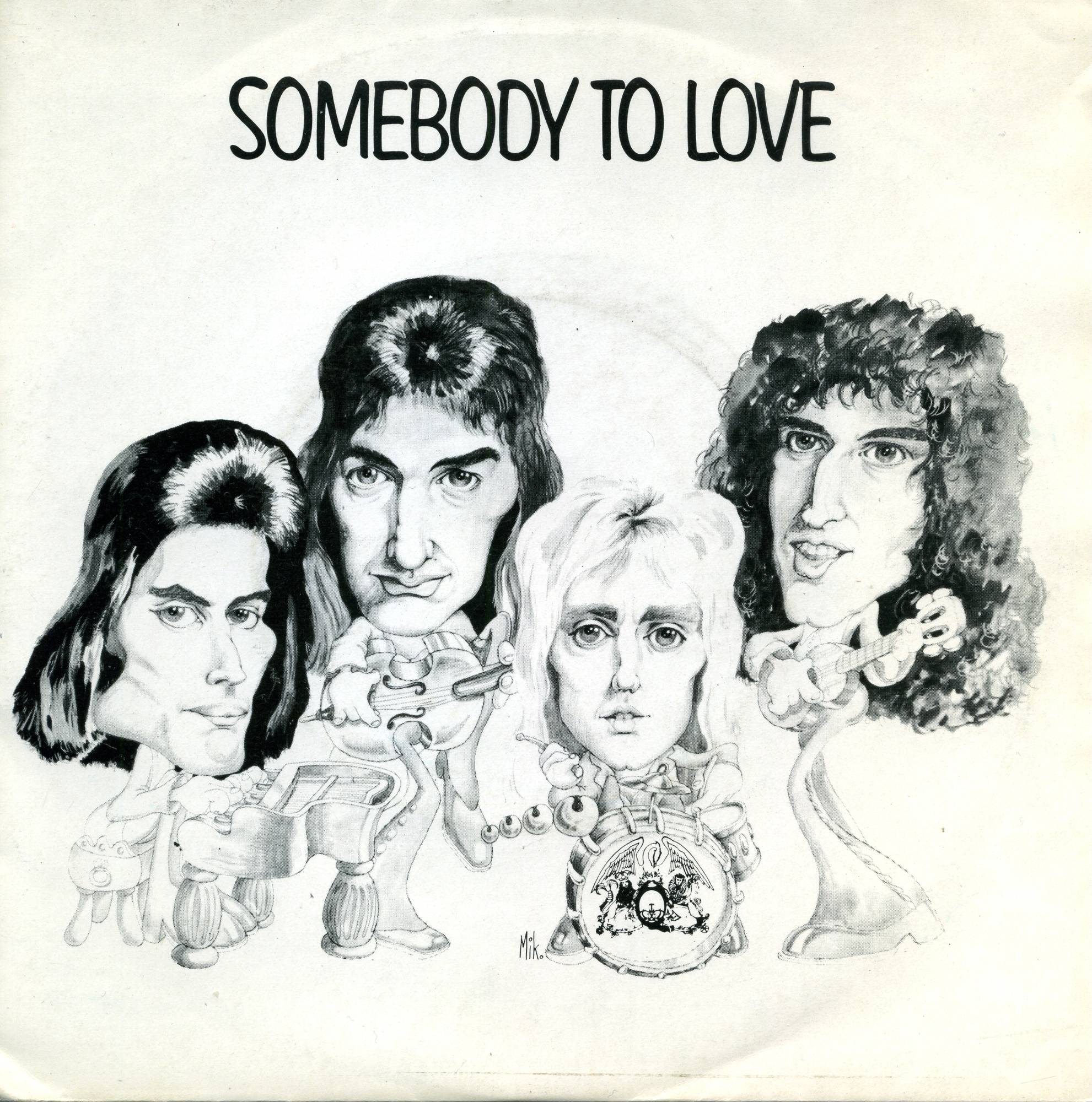 This week’s forum clue has been posted and solved, and now it seems like we have the fastest artist pack repeat ever! 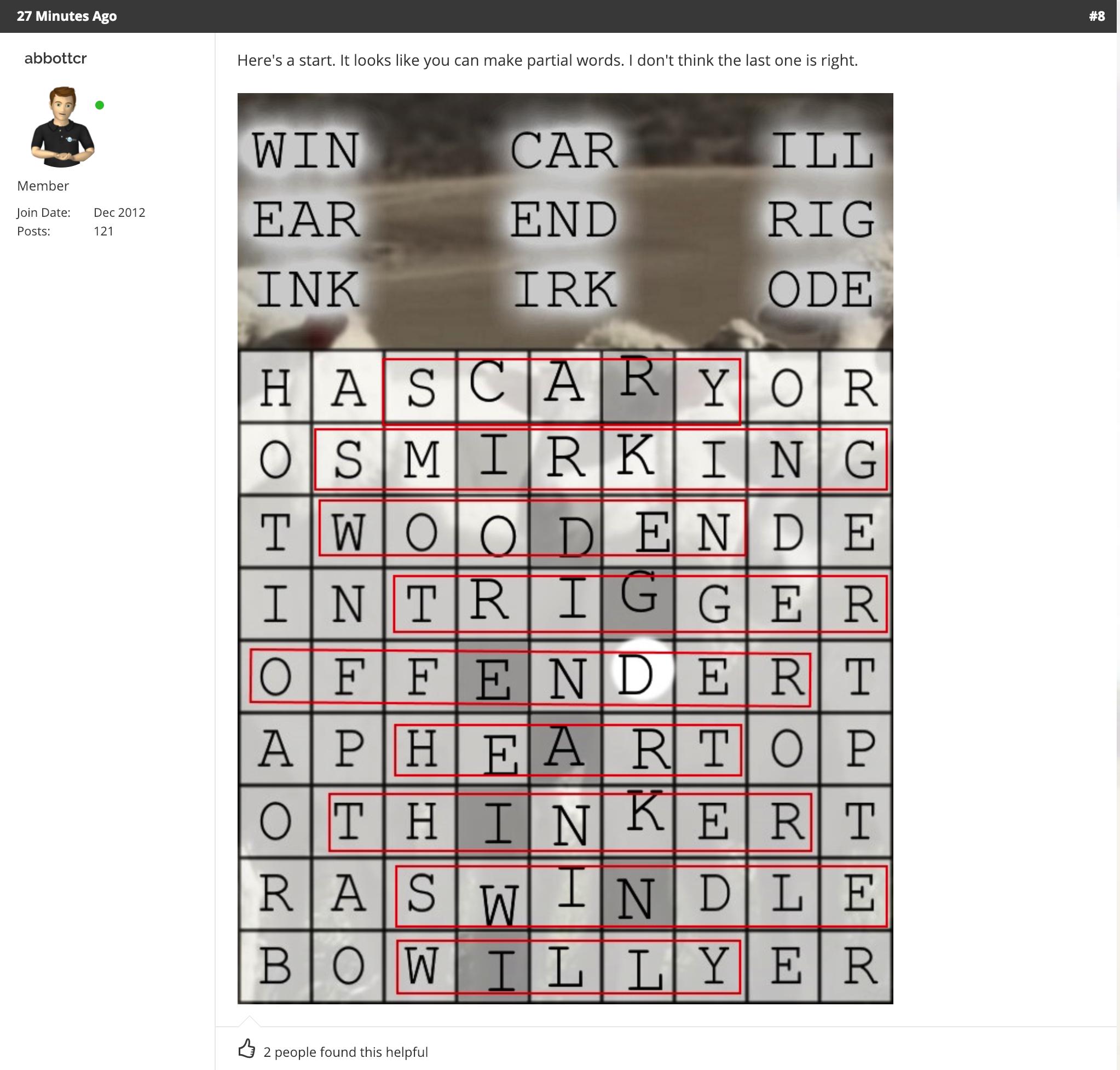 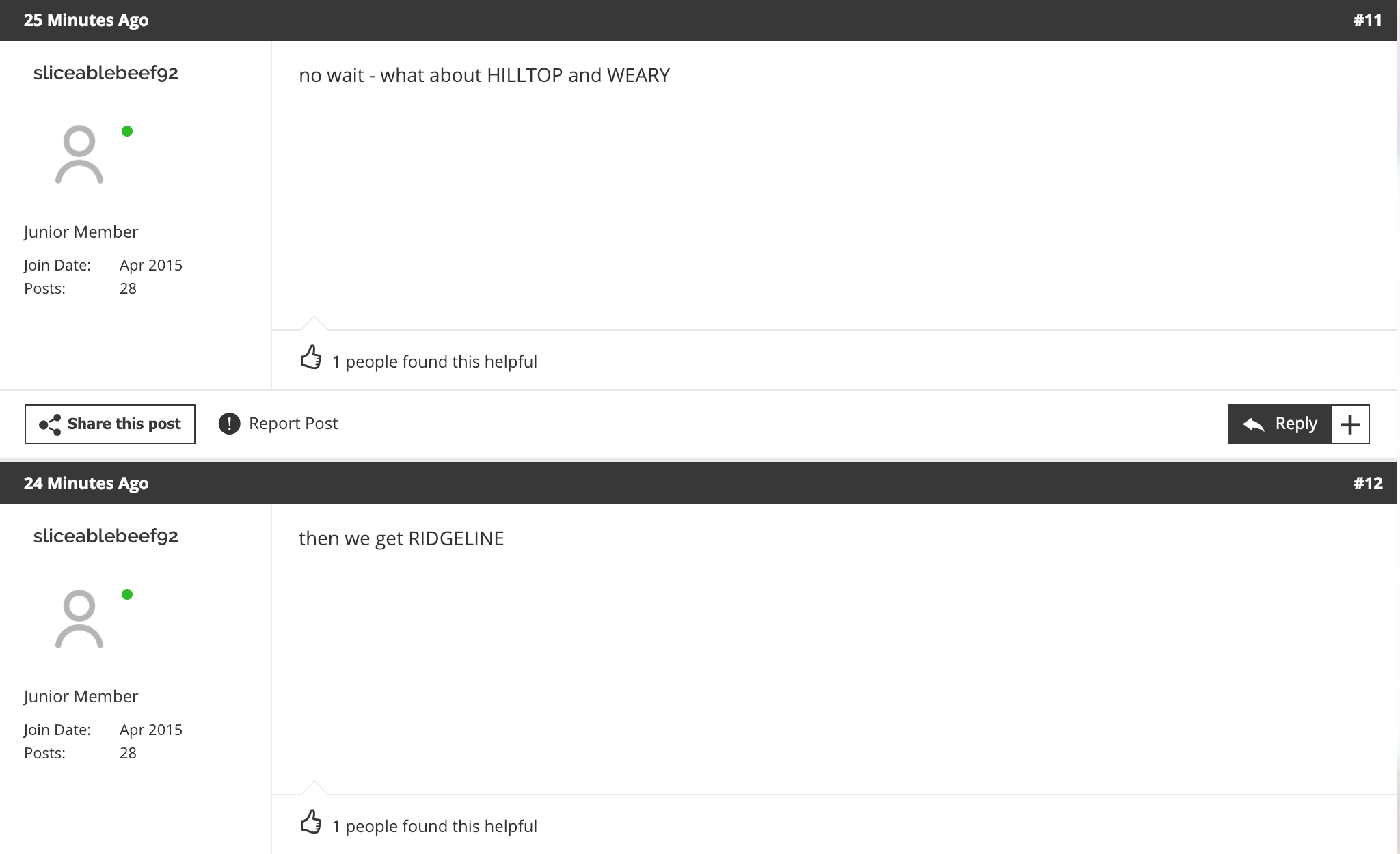 this has to be it! 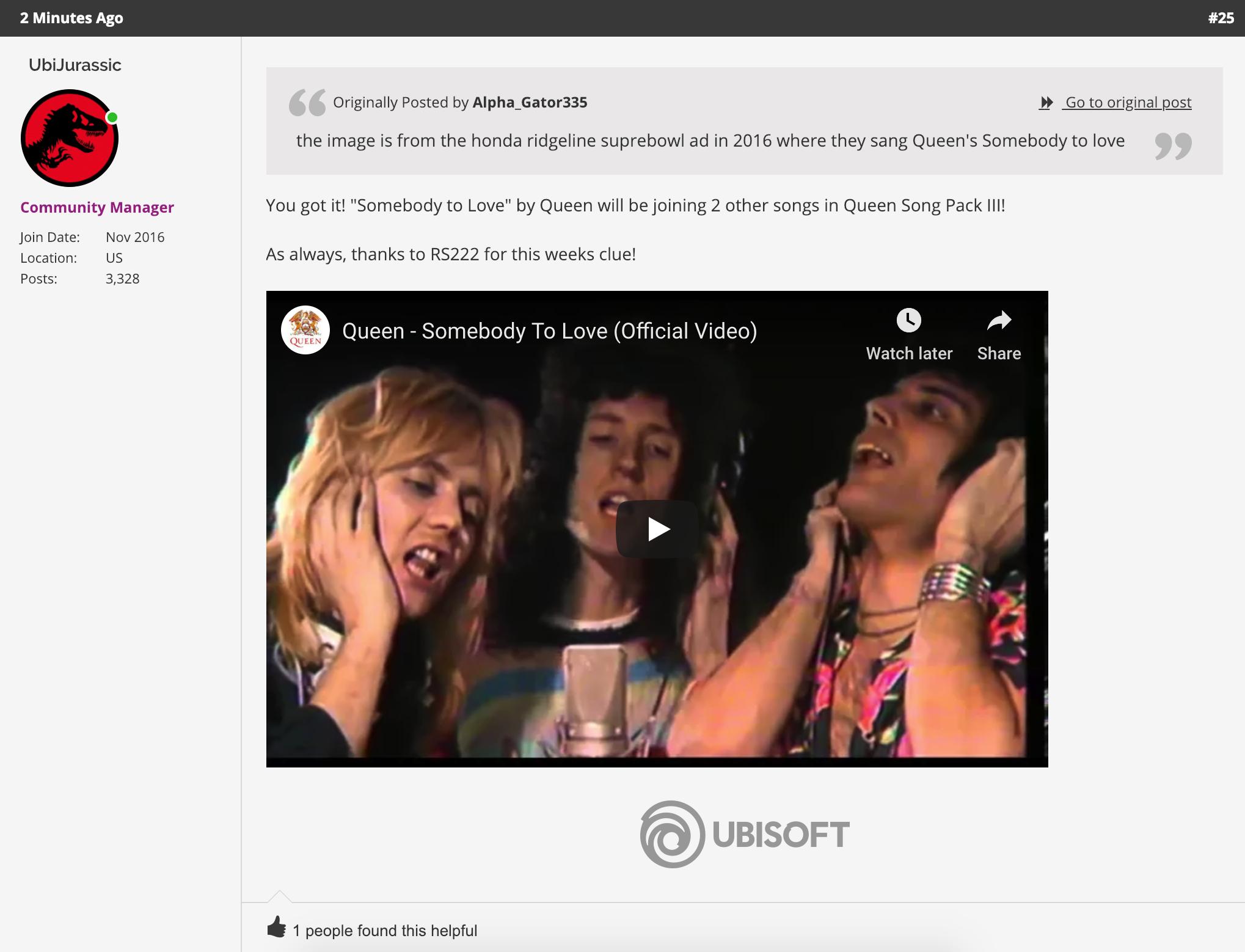 This brings us up to SEVENTEEN songs from @QueenWillRock! Thanks @ItsRamiMalek

For the speculation this week, let’s look at the soundtrack for Bohemian Rhapsody…

Would compliment another artist pack

ok ok, I just want this song in the pack…

Wow a third @QueenWillRock pack before Foo Fighters! Also, a Queen III pack less than two months after the last one! Are you excited, or is this more of the same? Let us know!

Here we stand with a new song pack coming this week from one of the community's favorite returning #Rocksmith artists! You won't need to wait every night, and every day to learn more about this pack though. Return here tomorrow for the hammer to fall! pic.twitter.com/d0KBolUL2z

Would really like this to be a guitar heavy pack.

My first time hearing this. Love the funk vibe. Another song fit for the radio station W.E.F.U.N.K. I’m pretty sure Dr. Funkenstein would approve. Hope this is in the Queen pack.

Maaaaan January has been a strike! Hoping for “The Show Must Go On” and “Princes of the Universe” to complete this pack! A Queen pack is always a good pack anyway.

Hammer to fall
Somebody to love
I want to break free.

While I’m not a huge Queen fan, they do have a lot of songs I like. Additionally, I greatly respect these big name artists who, though traditionally thrown into one specific category, tend to present material coming from many different angles. (Prince, RHCP, Carlos, OutKast, and to a degree Yolanda Adams, among others.)

To quote Rakim, “this is how it should be done / this style is identical to none.” That fits with Queen. Either through commercials or DLC here, get your music out there. Stay relevant. (yes that’s another jab at EVH and crew). Sure Queen may have recently had a pack, and this is the 3rd by them. At least we’re getting another huge artist. Plus, a pack from Queen is almost like getting another Variety Pack. They have a lot to offer.

One of the best things about Queen is their broad stylistic scope, but, I’m gonna be honest here, I want the rest of this pack to be a couple of riff monsters.

Also, man would I love to see a Prince pack.

Sorry to come back to this so late, but as I recently watched it yet again, I know this is the place to comment. One of the greatest DLCs Ubisoft could possibly get would be Tom Petty and crew’s performance of While My Guitar Gently Weeps featuring a brain melting solo by Prince. (The intro to the solo alone, grabs you by the throat.) I hear both Eddie Hazel and Carlos Santana in there among others.

We’ve had the kings, MJ, Chuck, Elvis, Marley, we’ve had Queen a few times, yeah it would be nice to see more members of the royal family. Bring on Prince. (standing by my prediction some time in 2019)
I know you’ve all seen it but hear (yes hear) it is again.

Note: I read a comment saying the reason no-one has found that guitar is because Prince threw it up there so it would be waiting for him in heaven.

Hoping for Hammer to Fall. Beyond that -- I’m happy for whatever!

Queen was one of the few DLC packs I’ve bought recently. I suspect coinciding with the release of Bohemian Rhapsody meant they sold a lot of Queen DLC, so no wonder they’re bringing more Queen so quickly. Definitely buying the pack no matter which songs they include.

‘Too much love will kill you’ would be amazing.

Incredible beginning to the new year! Looks like Rocksmith isn’t messing around this year!

Always excited for more Queen! Hoping for friends will be friends, the show must go on or its a hard life. But anything goes!

Wow, this may be the first week that I get to cross off more than one entry out of my nearly 18 pages worth of song requests! =P For those interested, the Queen songs I’ve lobbed into the request fray so far that haven’t been confirmed as of time of writing:

Great King Rat, The March of the Black Queen, Seven Seas of Rhye, Death on Two Legs (Dedicated to…), I’m in Love with My Car, Bicycle Race, I Want to Break Free, Hammer to Fall, One Vision, A Kind of Magic, Princes of the Universe, Breakthru, Innuendo, The Show Must Go On, and Let Me Live