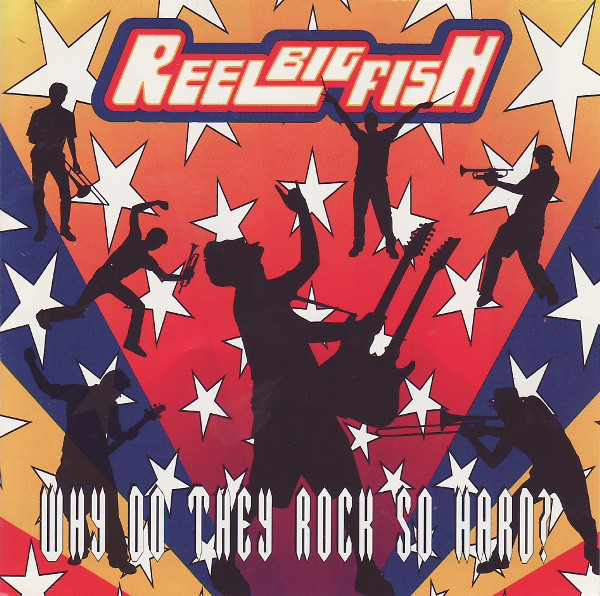 Today’s clue was posted and solved in 15 minutes, and with it revealed a returning artist from 2016! 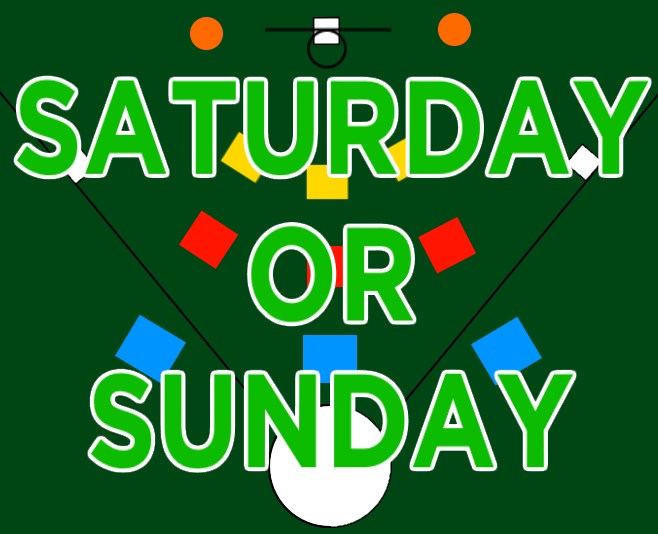 It’s a JPEG! It’s also the layout for BASEketball (a movie involving Trey and Matt from South Park) 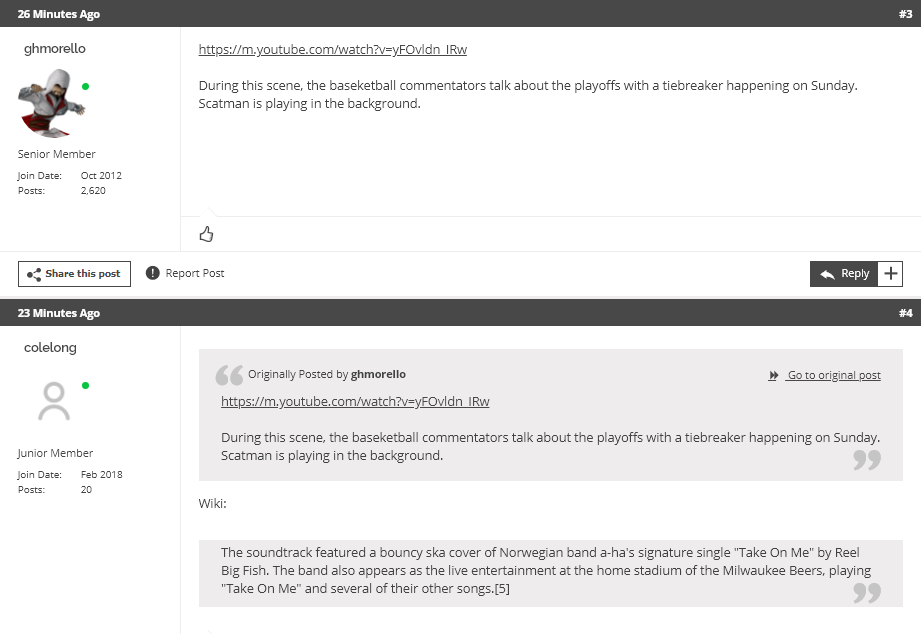 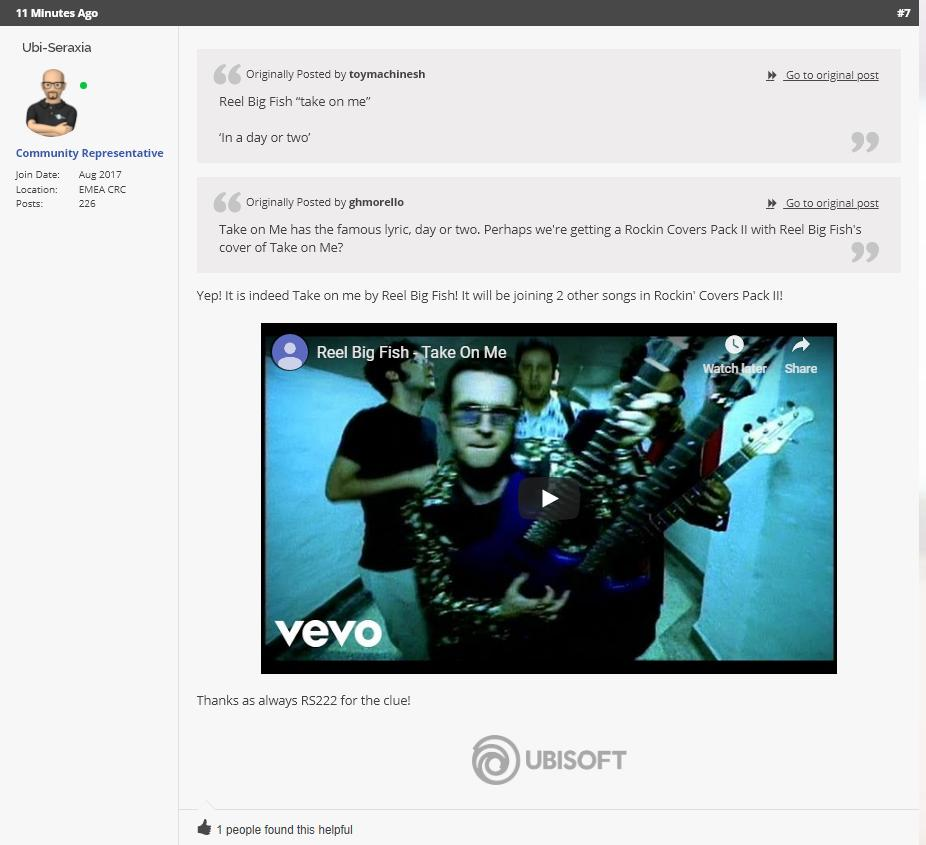 The lack of FOUR packs continue ?

One step closer to Sell Out!

What else could join @ReelBigFish in Rockin’ Covers II?

Because you know that chorus needed gang vocals

Have a feeling this would be a candidate

Surprisingly a lot of people enjoy this

Just sneaking this one in here

They have to be included this time right?

Are you excited for @ReelBigFish to return along with TWO other Rockin’ Covers? Or would you prefer to get the originals from the last pack? Let us know!

Looking for a hint at this week's #Rocksmith DLC? We have you covered! This pack swore it would return one day, and this one brings a new band with it. The name of the pack and its bands though, a secret it must stay. Return tomorrow to hear more! pic.twitter.com/5MaaVuMFWU

I would really like anything off of Slayer’s Undisputed Attitude.

I’m guessing we will get some Five Finger Death Punch as their catalogue is very cover-friendly.

Probably it not gonna happen but, please, Enjoy The Silence by Breaking Benjamin!

City of fire’s version is better. No contest. Maybe one day a Depeche Mode pack will show up. Also love the album this version came off of. Wish these guys would get back together.

Sorry guys, but I think Matt Good or Failure might have something to say about that! My God, how many times had that song been covered?! Haha!!

Wow I had no idea Breaking Benjamin did this. Thanks for spreading the word!?

Perhaps another shot at Joan Jett “I Love Rock and Roll”, since technically that is a cover?

Never going to happen, but Death’s version of Painkiller would be absolutely amazing.

To tired to think of things I’d like but things that tie into the game that would be nice additions that come from or originally by artists we have already, so hopefully easier to license Doors -- Back Door Man Nine Inch Nails -- Dead Souls Hole -- Gold Dust Woman or Baby Blue Orgy -- Blue Monday (we have JD and it’s the same musicians, close enough) Metallica -- Whisky in the Jar MManson -- Golden Years (also known as Twiggy Vs. Twiggy doing golden years, to get around the label if I recall correctly) Plenty of things by George Thorogood Iggy pop w/ Soul Asylum -- Back Door Man Hendrix- Sgt. Peppers Lonely Hearts Club Band Or Can You Please Crawl Out Your Window Megadeth -- 99 Ways to Die or Paranoid Anthrax -- Looking Down the Barrel of a Gun Ministry -- Friend of the Devil or Under My Thumb Murderdolls -- White Wedding Nirvana -- The Money Will Roll Right In or Where Did You Sleep Last Night, Man Who Sold the World, Plateau Pantera -- Electric Funeral Pearl Jam -- Last Kiss (yes of course I can already play it but don’t care) Santana w/ Chris Cornell -- Whole Lotta Love Sid Vicious -- Something Else (great Eddie Cochran tune, we only have one song from him so far but this is another we could use, this is the best thing Sid did in his solo career) White Zombie -- Children of the Grave Covers I thought of we don’t have but don’t come from artists we already have. Monster Magnet -- Into the Void, Mirror People, Venus in Furs Dope -- you spin me round.(like a record) Chimaera -- fascination street NIN -- ten miles high Eels -- get ur freak on Godhead- Eleanor… Read more »

The Twiggy/Twiggy song was “I Always Want to be With You”. It appeared on the “Dead Man on Campus” soundtrack with Manson’s cover of “Golden Years”.

Zombie’s cover of “Children of the Grave” is one of my all-time favorites.

Yeah I remembered that later and hoped no one would notice. My insomnia hasn’t been great lately and that’s what happens, actually my dyslexia gets worse too, so not helpful.

Actually since you mention the cranberries it reminds me that the cardigans have one (but I think two) Sabbath covers. Used to kind of make me laugh, probably because my friend Misha would play it and it would drive George crazy. I also told him that I heard Ozzy loved it and he’d just lose it. It was fun to do that to him sometimes. Misha and I would just laugh.

For the record though I’d take a lot of the songs from both albums of Nativity in Black as well as a chunk of the Zombie produced Ramones tribute album among some other things. I was ignoring a lot of things when I put that list together anyway. Just couldn’t think well. Definitely thought of things I should’ve put on there. Such is life.

How about this one?

I love her cover of “Love is all around”! She kills it!

Pretty sure the second hint confirms Nightwish’s “Over the Hills and Far Away” and now I have renewed hope of getting a Nightwish pack.

If I can’t have Henley’s version of Boys of Summer I’ll take The Ataris. I’ve always loved that song and will take it how I can get it.

Probably a bit optimistic, but hopefully some from the following…
Marilyn Manson -- Sweet Dreams
RHCP -- Higher Ground
Hendrix -- All Along the Watchtower
Nirvana -- The Man Who Sold The World
GnR -- Live & Let Die
The Clash -- I Fought the Law
Joan Jett -- I Love Rock & Roll
Van Halen -- You Really Got Me

Some already have packs, so they’re not all out of the question

Higher ground & I fought the law are already part of the game as part of the track list or DLC. There your wish is granted.

I was just listening to Pearl Jam covers and my favorite is sonic reducer its pretty simple but one of the best riffs to play. Also their cover of Leaving Here is great

My most wanted cover would have to be Babe Ruth’s version of Black Dog (no, not the Led Zep song). Fantastic song with one of the best outros I’ve ever heard (and keyboard solo, for that matter).

Rheostatics -- The Wreck of the Edmund Fitzgerald (Gordon Lightfoot)

Oh man…I’d love to get Cyndi Lauper’s cover of “When You Were Mine”! Probably not going to happen, since it’s a Prince song, but we did just get a Cyndi pack, so fingers crossed!

Some that would get me excited here. A couple of these I think would be realistic.

Mrbaci
Reply to  The Adequate Performer

I like the idea of this type of pack. Reel Big Fish is great so I will definitely get that track. But I honestly am at a loss for other choices. The ADTR one mentioned is a good pick. I feel like the scheme here is non-rock or softer rock songs getting a harder “revamp” so to speak, so maybe do another one more Metal-ified like Light the Torch’s “Eye of the Tiger” or Megadeth’s cover of Thin Lizzy’s “Cold Sweat”.