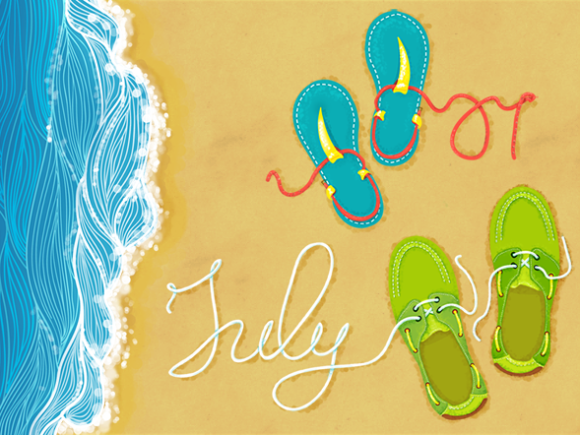 Let’s look at what’s been teased for us this month:

First off: Something Nordic

That’s got to be Volbeat. They’re Nordic, and these newsletter hints usually have one teaser for whatever pack JUST came out. Of course, if it’s not, I’m personally hoping for some a-ha. They’d be awesome.

Update: confirmed by @DanAmrich to be Volbeat.

Next up: EVEN MORE royalty

I think they’re running out of hints! This is the third time they’ve teased royalty! Anyway, conventional wisdom suggests that it’ll be something like Royal Blood or Kings of Leon, however, I’m an unconventional man. I’m predicting something bolder, but something we now know to be obtainable (and might not warrant that press release we’d be expecting). I’m saying the ultimate royalty, the king, Elvis Presley.

Hmmm. Now, this is a tougher one. Lynyrd Skynyrd are certainly iconic, but we already have quite a bit of them in the game, and most of their hits. Same deal with The Allman Brothers Band, and to a lesser extent, Creedence Clearwater Revival. Perhaps it could be something like Outlaws’ Green Grass and High Tides, but does that truly qualify as iconic? In my eyes, there’s only one notable southern rock band we’re missing that can fit that description: ZZ Top! Or Kid Rock. Probably not, though.

As usual, of course, this is just what I think we could be getting. What do you want to see? Let us know in the comments!

Royalty: Ozzy. He is the Prince of Darkness!

I doubt they’d clear it but my choice for “royalty” would be Prince.

“Lynyrd Skynyrd are certainly iconic, but we already have quite a bit of them in the game, and most of their hits.”

What some new stuff by Lamb of God like 512,In words and overlord

Would love some more ccr, however, despite their sound, they’re not southern. Widespread would be amazing,and while I’m at it (and possibly inviting ridicule), Jerry Garcia, and Trey Anastasio are amazing soloists/guitarists. How bout some Dead and Phish. Down with disease? Friend of the devil? Hell I’d take touch of grey! Long odds, but would rule!

Molly hatchet Flirtin’ with Disaster would be pretty cool. Love those riffs.

My vote royalty is KINGS OF LEON… Killer band with plenty of songs to choose from.

It’s gonna be Prince and SRV

Widespread Panic anyone? Iconic doesn’t alway have to be mainstream, just ask phish and the dead…

Jackyl not iconic but would still be cool…

What have we all learned from the past 2 months?…. Don’t get ur hopes up for anything good because ubisoft will disappoint you..I set the bar low when it come to dlc releases on Tuesdays,and yet some how it is almost always worse !!… So until You see something off the charts get used to below average dlc!

I hope the rest of July doesn’t disappoint you

Hopefully while drinking a nice cup of tea

As much as I love CCR and, to a lesser extent, RHCP neither are Southern Rock. They are both California bands without any ties to Southern Rock. Since I’m being pedantic, SRV and ZZ Top are from Texas, which is not part of the South. I think I would call SRV and ZZ Top, blues or blues rock.

Miguel you are probably right about about ZZ Top they would be considered blues/boogie rock rather than southern. So now I am firmly of the belief that it will be Skynyrd.

Royalty… King Crimson?
There’s a really nice guitar on 21st Century Schizoid Man
A nice arpegio on Moonchild
They could chart the mellotron on The court of the crimson King
Elephant Talk’s got some nice effects. And dat chapman stick
Lark’s tongues in ancient aspic Pt.1 also has an awesome guitar

That’s true, but Steven Wilson has done a ton of Crimson remasters now. I bet that they could pull them in if they wanted. I second Lark’s Tongues, Part 1! Have you heard the Dream Theater cover version?

Are the Red Hot Chili Peppers southern enough? Could it be?

My guess for royalty is B.B King since he just passed and either Skynyrd or ZZ Top for Southern Icon. Although Elvis or Royal Blood would be good too.

Last month Primus pack hint was about the songs, not the name of the band. More royalty could refer to a song: Sex Pistols pack with God Save the Queen.

Could also refer to megadeth kill the king, prince of darkness!

Avenged Sevenfold -- Hail to the King

I know that Dan has confirmed, that Volbeat is “something nordic” But it could totally be something else, amirite guys? guys? hey, guys?

Could handle a Queensryche pack for royalty.

Hehe, I always associate him with the South for some reason.

skynyrd even said a southern man don’t need him around. 😀

I wonder if since they said ‘icon’ and not ‘icons’ if it is going to be a individual instead of a band. If so I think Stevie Ray Vaughn would fit the description. That would be a amazing add.

A7X has already had a DLC pack done

So did foo fighters… they got 2 actually.. anything is possible!

I got excited. Nordic could of been a lot of goth/death metal, then I realized it was just Volbeat lol
would love to see more CCR and Elvis would be cool but I would think that would be a big deal.

Yes please to CCR & Elvis…that would make my month!

Why not Mr Cash for a southern rock icon?

My guesses:
Nordic = Volbeat
Royalty = Kings of Leon / Royal Blood
Southern Rock = SRV
And since there is no clue for the 4th DLC i’m just guessing Rush 2.(plz)

Wouldn’t mind getting a little bit more from CCR. Born On The Bayou and Have You Ever Seen The Rain hardly represent what that band is capable of. It would be nice to see them actually get their own pack for once, rather than just singles.

Royalty, well here we go again. The most deserving would be Riley. The most surprising would be Prince. Viewing the last few attempts at this, the most expected would be Kings of Leon. And the most improbable would be Elvis. All would be welcome, however; don’t use Elvis’ version of Hound Dog. The original (Big Momma Thornton) is much better.

Would Michael Jackson be possible to license without necessitating a press release?

That would be a pretty big deal

Most definitely would involve a press release, expecially since other artists would be involved. Beat It (involves EVH). Give In To Me and Dirty Diana involve Slash.

Good catch. Missed that one.

Question: I love this song but don’t actually care if it were on RS. Who played on They Don’t Care About Us? Not trying to get off topic. Just curious.

Feeling a “Kings of Leon” pack

yeah me too its about time we only got one song like 4 years ago, i love riff for sex on fire

How will they track the backing music?

what do you mean?

Black Crowes would be awesome, anything from “Southern Harmony”

“…and Musical Companion” That was a great CD.

it’s probably southern rock the genre, not rock from the southern hemisphere. nice thinking outside the box though.

Although they would be a welcome addition, not sure if ZZ Top has been classified as Southern Rock. Would be nice to see them though. The Black Crowes would also be good.

Question: I’ve heard the name but I’m not familiar with the band. Is Canned Heat southern rock?

Also REM is from Georgia.

Canned Heat predate Southern Rock they were a SoCal Blues band but became part of the Psychedelic Rock/Hippy movement.

My guess for ‘more royalty’ is more bb king, but prince would be dope

If we are on the subject of what we would love
Nordic Rock: Turbonegro
Royalty: King Crimson
Southern Rock: More Ted Nugent

Nordic: Looks like more Volbeat, isn’t a bad thing, they are new to me.
Royalty: After watching them open for Foo Fighters last night, hoping for Royal Blood
Southern Rock: Moar Nuge !!!

The only hint that by itself makes me interested is the ‘Southern Rock Icon’. Guessing Molly Hatchet or Marshall Tucker Band. Neither of which would blow me away, but I’d buy them for sure.

Wiki considers Blackhawk as southern rock, so that’s my hope! King Diamond for Nordic or royalty would be so bad assed. Something off of Them, Graveyard or Puppetmaster albums please.

I’m not sure having 2 or 3 songs constitutes quite a bit. And I would certainly love to have more CCR or Skynyrd.