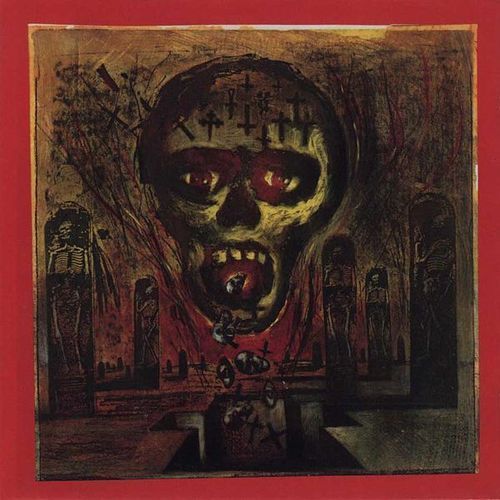 The first Rocksmith 2014 song reveal of this week is about as much of an antithesis as you can get to the previous one.

Today Rocksmith UK’s Facebook page confirmed that the Slayer song will be none other than War Ensemble off their fifth album; Seasons In The Abyss.

The announcement of Slayer being the next artist revealed for the forthcoming game was met with a mix of jubilation, general apathy, and of course some strong opposition from more religious members of the Rocksmith community claiming that Slayer is “Devils Music”.

The content of War Ensemble is no more controversial than Metallica’s Disposable Heroes, so for an “on disc” song, I feel Ubisoft SF made the right choice.

Are you happy with the inclusion of Slayer in Rocksmith 2014? Or would you have rather seen Testament, Anthrax, Emperor, or Kanye West?

Hell yeah We need more Slayer, Metallica and Pantera. Maybe some Fear Factory? Possibly a little Testament and Exodus? Which ever it may be, make sure there’s lots of metal cause that was definitely left out of the first one and that’s a huge disappoint to people like my self. Why the in darkest bowels of hell would I ever wanna play Maroon 5 or Kayne West? Lets get serious here

Finally. Let’s go ahead and get a 5 Pack!

I couldn’t even listen to this all the way through, never mind play along. Not because I’m religious, but but because it was utter shite… very concerned about the song list so far.

Ass! Slayer, a hair band? You have no idea what you’re listening to. Go back to your Linkin Park trash!

A couple of RATM songs … Killing In the Name and Bulls on Parade. Not more hair bands ffs…

What a stupid list. Most of the bands on the list the publisher doesn’t know why they’re on the worst bands of the 90’s list. The only (rock)bands that should be on the list are nickelback, limp bicsuit, the abba band(never heard of) and “Where’s the love for kid rock?”

That’s what happens when it’s a “reader poll” 😆

I rather take Satanism over Christianity.

Anyone know if Creed is hard getting licenses?

This confirms that I am purchasing 2014.

Great choice, Ubisoft are doing a great job giving us a decent amount of metal (I’m sure plenty more will be announced in the near future).

What I would like to see next announced though is alternative artists which haven’t featured much in music games such as Kings of Leon, The Killers and Kaiser Chiefs.

Time for some classic rock!
Like The Rolling Stones, Queen etc

Cool, when will see some more gameplay videos.

If I had to guess? August…

WTF IS GOIN ON?! WHAT NEXT?! CANNIBAL CORPSE?!