In 13 days BandFuse hits North America! Since the game has been announced we have been collecting unofficial setlist information from numerous sources such as setlist scrolls on video, official trailer leaks, and anything else we can discover. Today the official setlist has been revealed and there are definitely a few surprises, and a few songs missing (did Yes say no?). In any event the BandFuse setlist is a mishmash of songs that will take you back to the old days of Guitar Hero and Rock Band and even a bit of Rocksmith. Lots of bang for your buck here! 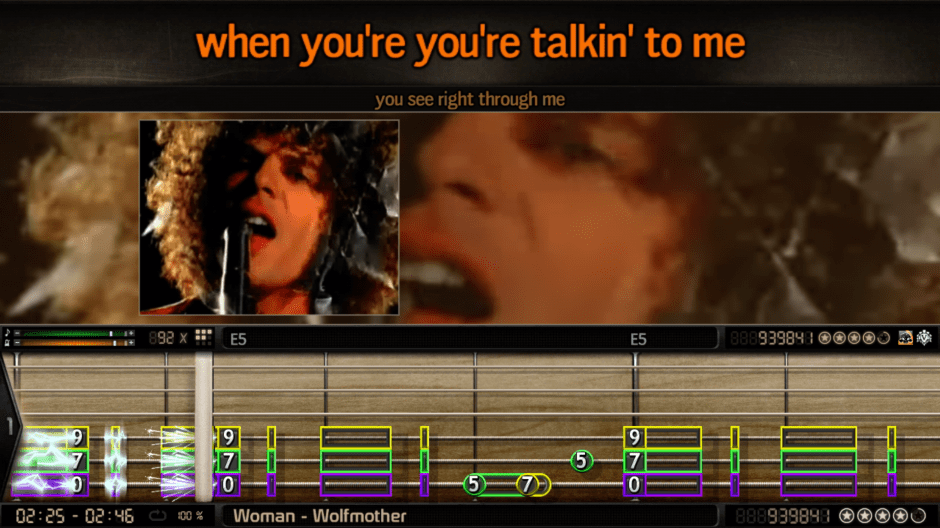 How do you feel about the Realta’s setlist for BandFuse? Day one purchase?

Seamlessly connecting real guitars, basses and microphones to game consoles, BandFuse: Rock Legends empowers players to jam to a fully unlocked library of 55 hit songs from rock to metal and punk to funk. The game’s exclusive four-player co-op mode enables players to play music together by connecting two guitars, one bass, and a microphone simultaneously, providing each player with detailed feedback from the BandFuse: Rock Legends analytics engine.

BandFuse: Rock Legends is rated T for Teen by the ESRB and will be published by Mastiff in North America on November 19, 2013 on Xbox 360 and PlayStation 3 systems. In Japan, Hamster will publish the game on December 19, 2013. A European publisher will be announced soon. To learn more about BandFuse: Rock Legends, please visit www.bandfuse.com, ‘Like’ it on Facebook, and follow the game on Twitter for all the latest news and updates.

I wish you add some funk and R&B

There’s a Bootsy Collins song though

Come on you have to have some Metallica. It’s not a good game unless you have metallica.

Did not know that was a game. thank you

I think the colorcoded fingers will be very helpful for ‘noobs’ like me. I’d like to know the preferable fingers to use. In Rocksmith, my fingers get all tangled up.

That side-scrolling tab is a complete nightmare. Beginners will give up within two weeks and experienced players won’t find it worth the effort to learn. Bargain bin by X-mas. And this from someone who wanted BF to compete with RS 🙁

Most of the songs I like are already in rocksmith

To hell with Bandfuse. The only thing this gane has going for it is that Zakk Wlyde and George Lynch have instructional videos. The side scrolling tab setup is more painful then a weekend with Snookie. You might as well just pull a chair and learn the old fashioned way. With the exception of a few songs, No one should ever get excited for this smoldering heap of shit.

As a big Megadeth fan i’m kind of sad that they picked Hanger 18, I already played the crud out of that song in Rocksmith. I just wish they could’ve pick a different Megadeth song and one that isn’t in RS.

I’ll most likely be picking up Band use at some point in the future. Right now, Rocksmith 2014 has done so much right that I see no real reason that I would HAVE to have Bandfuse at launch. There are a few songs on that list that I’d really like to have (I Want You to Want Me).

What worries me though, is the amount of money they must have already put into licensing the on disc and launch DLC. I’ve heard anywhere from 40 to 125 songs at launch… If Bandfuse isn’t successful from the start, we may see the possibility of future DLC disappear.

Honestly, I would have never noticed that. Thanks

Can’t wait! Of course there are dupes from RS library, but they are easy licenses to get.

I’m ready to use RECORD function and Duck out the main audio tracks!! Bring it!

Just a few more days! RS2014 is starting to give me a headache on the speed of the runway… getting dizzy

Already preordered. Looking forward to seeing how the scrolling tab works. Holding off buying any RS14 DLC until I get my hands on BandFuse and see what DLC they will have to offer.

Wolfmother looks like an awesome song to play, but that is the only one.

Hoping they give Rocksmith some competition!

What happened to tom petty?
Wonder when we will here about the big day one dlc list

Wolfmother?! I’ve been dying for their inclusion in Rocksmith. I have no interest in learning the format of a new guitar game just for one or two exclusive songs, though.

pull me under and absolutely (story of a girl) are pretty much the only 2 non-RS songs that i’m interested in.

i’m mildly intrigued by kenny wayne sheppard and testament. but not enough to buy this game/adapter.

Not a bad list. Like to get I Melt With You and Been Caught Stealing for Rocksmith someday.

They didn’t seem to list Nancy Wilson as one of the teachers. I wonder what happened there…
And unfortunately, this setlist just isn’t enough to get me excited about Bandfuse. Intrigued, yes, but not excited.
It seems kind of sloppy that the only songs to be redacted from the setlist are the ones they officially announced (Jessica, Roundabout, and Rock and Roll All Nite).

Hopefully part of the alleged 40 DLC songs. I dunno, Bandfuse’s promises seem too lofty to be real.

Hey, Sweet Home Alabama’s gone! It’s like every time I look at this setlist, I have less and less incentive for buying the game.

Bandfuse is sh*t compared to Rocksmith, they shouldn’t even try, they’re fighting against a giant, bandfuse is just a sad attempt.

Truth. The only thing they got right is the RECORD feature. The Tab method is going to be a high-octane fluster-cluck. Everybody is so completely used to using the note highway now that it will it will just be confusing. Especially with the color coded fingers instead of string. Bottom line: If you like bag phones, Crystal Pepsi, and floppy discs you will love BANDFUSE.

Too bad, Roundabout was one of the songs I was looking forward to play in Bandfuse. But considering I’m not sure when I’ll be able to get Bandfuse, it’s one less reason to worry too much about it.