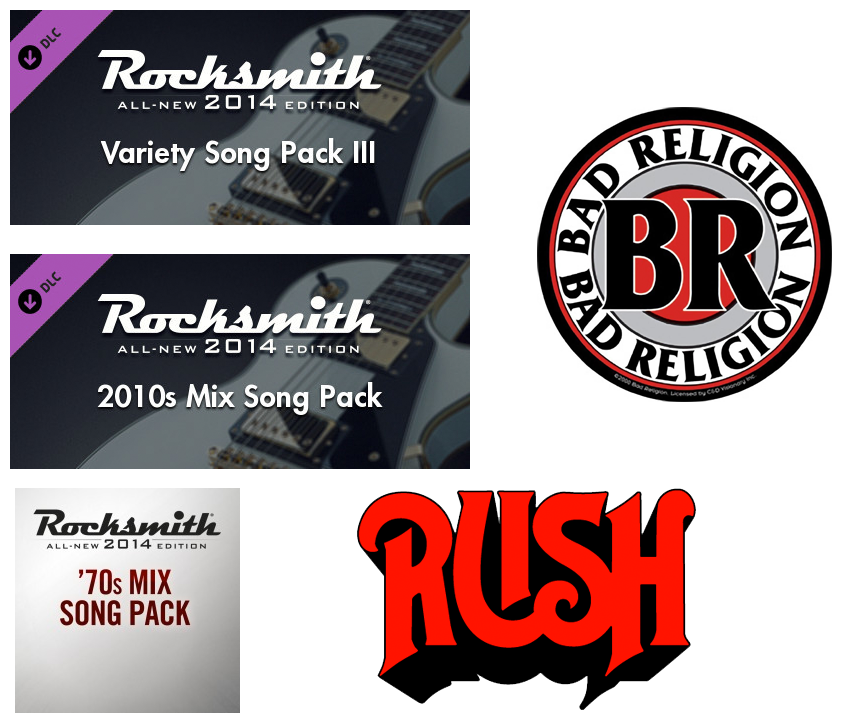 Welcome to another edition of the DLC Round-Up!

This month @UbisoftStudioSF added 19 songs to the Rocksmith library, bringing the total to 889!

Before we get to August, let’s take a look at how you voted for July. 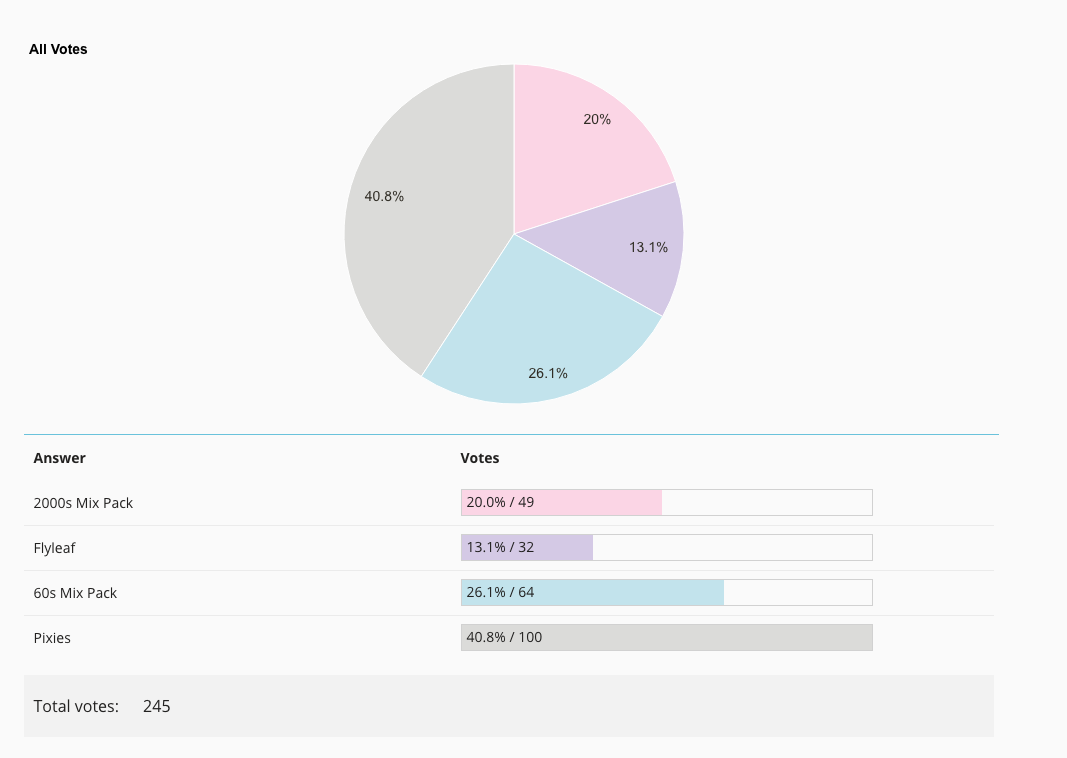 You definitely were happy to see Pixies finally get the song pack they rightfully deserve, followed by the 60s Mix Pack featuring bands like Jefferson Airplane, Shocking Blue, and of course The Doors. Beating out Flyleaf was the 2000s Mix Pack featuring Between The Buried and Me, Against Me! and Panic! At The Disco.

August was quite the month for Rocksmith 2014!

We began the month with a variety pack featuring Joe Satriani, Pantera, Styx, and The Fratellis, next it was time for legendary punk rock outfit Bad Religion to add four songs to the Rocksmith catalog, following that we got a dose of 2010 era music with The Neighbourhood, Hail The Sun, and another track from Fall Out Boy after three years!

Of course you know what came next… The highly awaited return of RUSH with a five pack of highly anticipated songs like Working Man, and Freewill! Closing out the month was a mix of 70s era content from The Clash, George Baker Selection, and Thin Lizzy!

How was it for bassists though?

Groove in D Standard for a bit won’t you?

Just assume that all RUSH is amazing on bass, if you are a bassist and didn’t buy Rush, not sure what to tell ya

Filthy Phil always brings the bass for ya

Guitarists had some fun in store for them in August as well!

Don’t be too discouraged by halsb, he’s kind of good

A very fun song on rhythm paired with some great tones

Thin Lizzy is fun on guitar also, we promise

Yep, definitely a good month for people that hate tuning!

Which brings us to the monthly question…

So did ubisoft send out a Rocksmith 2014 September 2016 newsletter that has some hints for Septembers dlc? Ive not heard anyone talking about it, anyone know whats up?

Probably get sent out this Friday

Well I voted for Bad Religion.

Then I tried the Rush on bass.

Now I wish I voted Rush.

This was the best DLC month that I can remember. Rush wins but I loved the 70’s pack and the variety pack as well. Well done Rocksmith, thank you!