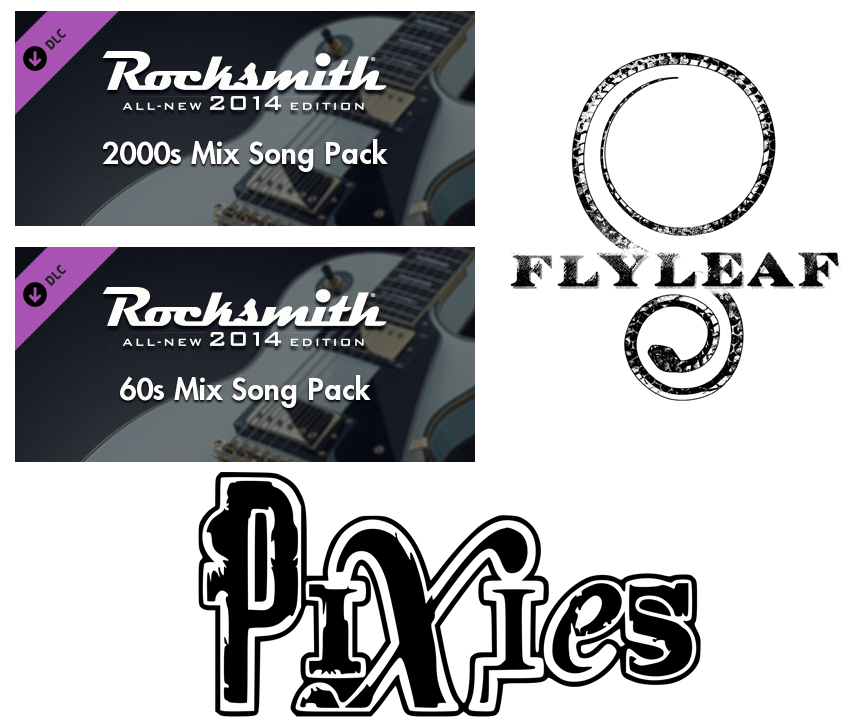 Welcome to another edition of the DLC Round-Up!

There’s a fair bit to cover but before we get to July, let’s take a look at how you voted for June. 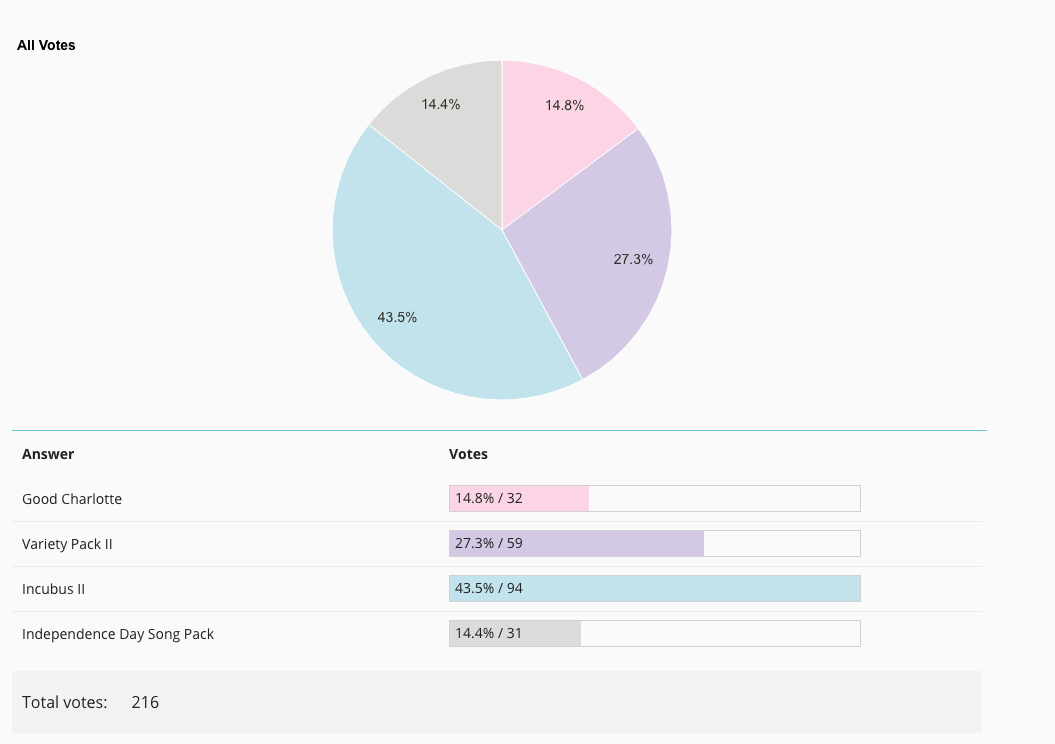 The clear winner is Incubus for June followed by Variety Pack II, Good Charlotte managed to edge out the Murrica pack by a single vote!

This month definitely had some varied content! We kicked it off with a three pack from the 2000s featuring three new bands to Rocksmith, including the monster that is Between The Buried and Me’s Selkies. Next we got four songs from Flyleaf featuring approachable but fun arrangements, We went back to the 60s and got yet another track from The Doors and our first true tuning in a very long time. Finally we capped the month off a four pack from The Pixies!

Was July a month for Bassists? Let’s take a look at some of our picks.

You wanted a challenge right?

Nothing too difficult here, just some good fretboard navigation practice

not a bad bass line for a song with no bassist

There’s nothing tricky about Kim Deal’s bass lines but they are still satisfying to play!

Guitarists had their fair share of material of course…

Would you believe that halsb has 99% on this already? Oh and btw Rhythm isn’t much easier

Just a really solid and catchy song for you to learn

That C7 is so satisfying to play!

July definitely had it’s fair share of tunings, especially for bands like Flyleaf. Let’s check it out

E Standard still coming out on top though!

Which brings us to the question…