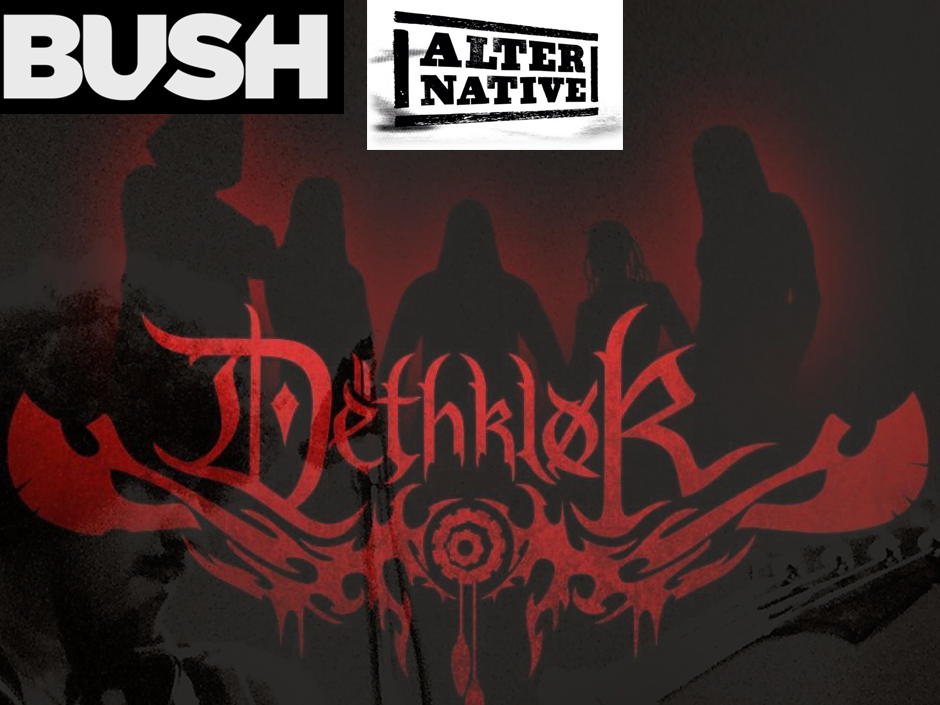 Another DLC month has ended and with it comes the DLC Round-Up!

April was definitely an interesting month with Rocksmith. We had the first week of DLC leak care of Microsoft (Bush), We finally got that Thin Lizzy pack we had been looking for, albeit only three songs, Alt-Hits brought up the ‘ol “what does Alternative even MEAN?!” argument, and we wrapped it up with a DLC almost 3 years in the making, Dethklok!

Before we get into April’s DLC let’s check out how you voted for March 2015.

The bassists have certainly spoken in this case!

This month definitely packed some heavy hitters on both Guitar and Bass. Bassists rejoiced at the simplistic yet satisfying bass lines of Phil Lynott, care of Thin Lizzy, the repetitive yet enjoyable Comedown by Bush, the constantly shifting journey of Dinosaur Jr’s Feel The Pain, and of course the galloping brutal bass of William Murderface care of Dethklok.

Here’s a look at some of the top bass arrangements of April!

Moar like “the bass is back in town” amirite?

Don’t miss a note, it changes at the end!

Guitarists were treated to the duelling harmonization of Thin Lizzy, The Neil Young-eque soloing of Everything Zen by Bush,  The Capo required but awesome outro solo of Feel The Pain, and of course who could forget the sweeps arpeggios of Thunderhorse.

Keep on Rockin’ In the Free World Gavin!

You won’t be feeling nothing during that solo

Of course you don’t have to shred to have a good time, there was also some great rhythm arrangements and chord progressions to add to your library.

If you don’t mind Eb Standard that is

Another Eb Standard jaunt, work on those arpeggios!

We went low, lower than every before with the C Standard of Dethklok but how did this month look for tunings?

I loved the Dethklok, Thin Lizzy and Spinal Tap.
I picked up Feel the Pain and Ocean Avenue and left the rest.
I never cared for Gavin Rossdale

Didn’t download anything in April… A below average month of guitar…:(

Sorry, I’ve got address this, and I’d like to preface this by saying Gotch71, the following comments are not directed at you. Please don’t take it as such.

I know there are a lot of folks thinking it. I thought it, and feel bad for having that thought. “This was a below average month.”

While many of these artists (some already with content, some on the way) may not have the overwhelming success and approval to match those on the 40 most requested list, they do have fans. I too didn’t download anything this month. In fact I believe I’ve only downloaded two songs throughout 2015. (one I already knew how to play) The point is, these artists have fans. And some of those fans bought Rocksmith.

While there are some songs from this month that I like, I’m not into them enough to learn how to play them. For those who enjoyed Rocksmith’s April DLC, congratulations. I know some of this music filled a few gaps that we all talked about earlier in the year. And there are many more gaps remaining. I also know if Ubisoft ever releases more blues, or any reggae, there will be some who have the same comment. “A below average month.” Here’s a shocker. Where’s the country? I’m not a big country music fan but I do like the music. And correct me if I’m wrong, most of us on here are in America.

For those jammin’ to Thin Lizzy, Dethklok, Bush, and the Alt Pack,

A good month for me, one of my requests, Thin Lizzy got a pack (not my ideal pack, but still awesome), and I was introduced to DethKlok, who are rad good fun. Never liked Bush much, and the alt. pack was of no interest to me besides Dinosaur jr. So 2 out of 4 I liked, that’s pretty good going!

What, no “I’m from the UK, so I don’t get these bands” comments? Incidentally, TL was the only purchase for me this month. Can go many months w/o purchase.

If you’re going to try and have a dig at least get it right. I have never said I don’t ‘get’ an act because I’m in the UK, but yes, about 3 times I’ve literally never heard of the band, because in those cases they were mostly unknown outside the US. Some of them I liked, most I didn’t.

My favorite was the Alt. Pack followed by Bush. I’m really hoping for a Collective Soul pack. Who’s got 2 thumbs and still stuck in the 90’s?
<--This guy. 🙂

Aww, Jeff Buckley was by far my favorite DLC of last month…

wuuuuuuut, Jeff Buckley last? 🙁 I guess a lot of people are missing out on the awesomeness of this pack
Voting for Thin Lizzy because the bass is definitively back in town! Plus guitar is very good, at least for me, because it really is at my level