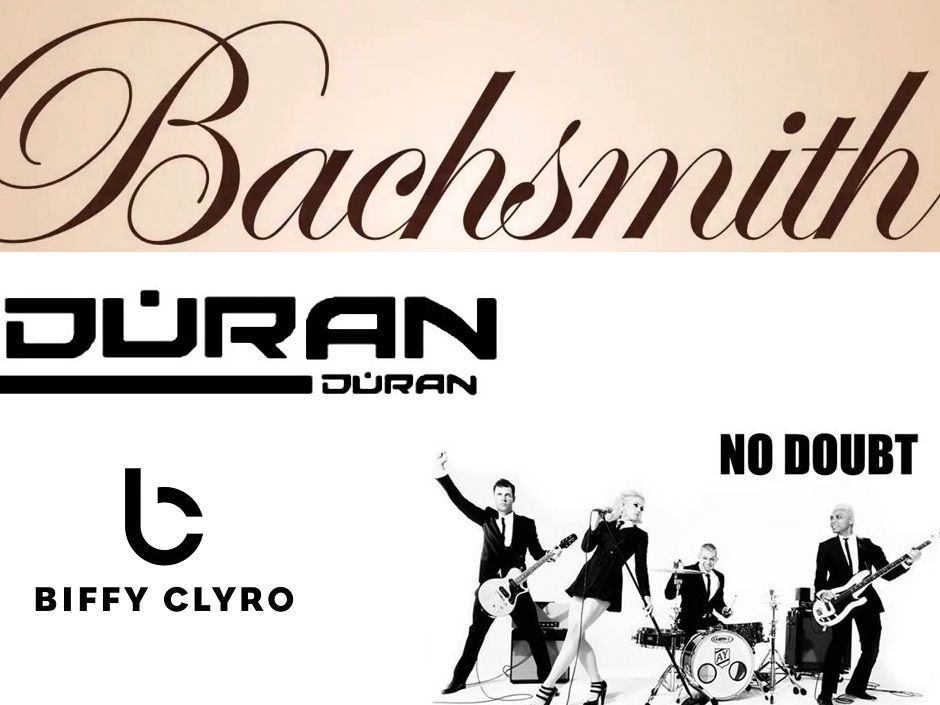 Hello, Rocksmith fans, and welcome to the August edition of the DLC Round-Up! Each month we will take a look back at all the DLC we have received and poll you, our wonderful readers as to what DLC stole your heart!

August was an interesting month, it all started off with Biffy Clyro, a band that while successful enough to open for huge acts was met with puzzled and bewildered reactions from a majority of the Rocksmith community, those who did listen found a new band to listen to or possibly a new DLC purchase. Next things got a bit more familiar with the addition of the 90s pop-punkish darlings, No Doubt a good time for guitarist and bassist alike. The bassists delight continued with a 3 pack from Duran Duran, and finally the most excellent original compositions from UbisoftSF in the form of Bachsmith.

This was a month for the bassists (I mean it had No Doubt and Duran Duran, come on). Songs like Spiderwebs (No Doubt), Rio (Duran Duran), Don’t Speak (No Doubt), Rondo Alla Turca (Mozart), Little Fugue in G Minor (Bach), and many others.

For something a bit more riffy, you might be interested in Biffy Clyro’s Bubbles, which features a guitar part from Josh Homme!

Outside of Biffy Clyro we didn’t dip too far below E Standard this month, check it out:

Been awhile since we had an alternate bass arrangement!

Duran Duran for me this month, Bachsmith a close second. Don’t like the other two so just ignored them.

Bachsmith is amazing, one of the best DLC in the history of Rocksmith DLCs 😀

At first I loved to play Rondo Alla Turca, of course, but in the last couple of days I’m really digging the “little” Fugue in G Minor. It’s so fun to play both guitars (all those major scales), and I’m considering dusting off my bass to play the bass parts as well.

Moonlight Sonata is also good fun, and not hard.

Rondo Alla Turca is still awesome, of course, but I sometimes feel it should be played fingerstyle on an acoustic.

Has to be No Doubt for me, as a bassist, Don’t Speak by itself has kept me nicely occupied more than anything else -- fun fun!

Also, Bachsmith in the UK is more than double the price of the US pack….so….basically, fuck them for that, I won’t buy it.

The Libertines was a real great pack!

Agreed! They had some tough competition though 😈

I voted for Billy Talent. It was them or Deftones and I find I really like Billy Talent now and listen to them daily, so they got the edge.

Its a shame Biffy Clyro will likely get last. They are probably my favorite band right now in current music. It might just be GGgarth’s producing, but their albums just sound so good to me. Only Revolutions/Opposites is a daily thing as well.

i have bought nothing this month.. 🙁
but i’m gonna buy Bachsmith when PSN EU change to the right price. Rondo alla turca is a must have..! so my vote goes to Bachsmith.

For me it’s a tie between Bachsmith and Duran Duran, leaning towards Bachsmith just because The Ride Of The Valkyries is awesome.

I personally think that the Yacht Rock pack wasn’t even that strong. It had some not so well known stuff mixed in there but is still managed to blow away the competition.

Bachsmith is the correct answer, and how about that confirmed Sublime 5 pack this Tues? After 8 years of playing guitar, I finally bought my first Bass and couldn’t be more stoked. 😀

Totally stoked! Nowell’s jams are legendary. The dlc is definitely heating up ❗

First the Radiohead 5 Pack and now this? Just get some Mike Patton in there and let’s make this the best music game of all time.

oh yes, some Mr Bungle, Faith no more, or even almost anything Patton is involve in, and i”l be in heaven… 😀

I also bought the Bachsmith songs… via Amazon instead of iTunes. Rondo Alla Turca is probably my favorite of the mix (and that’s saying something). I had high hopes when I head about this pack, and I was not disappointed.

Biffy Clyro is one of my favorite bands, but the RS team made some really bad choices for songs. Their best (and better) stuff was abandoned for the tame singles. So many fun riffs missed out on…

Honestly, No Doubt was the weakest of the month (in my opinion). Duran Duran didn’t have much of the “odd third song” syndrome, but the song itself was amazing.
Biffy Clyro gets mad second on this month for the simple fact that I found a great band from the adventure.
My first reaction to the last week: “Bachsmith? You’re kidding, all classical music?” It’s changed to “This is an essential, fun, overall amazing experience that everyone MUST purchase!”

And don’t tell anyone, I bought the Bachsmith tracks on iTunes. I bump to Rondo Alla Turca now.

Which one was the alternate bass choice?