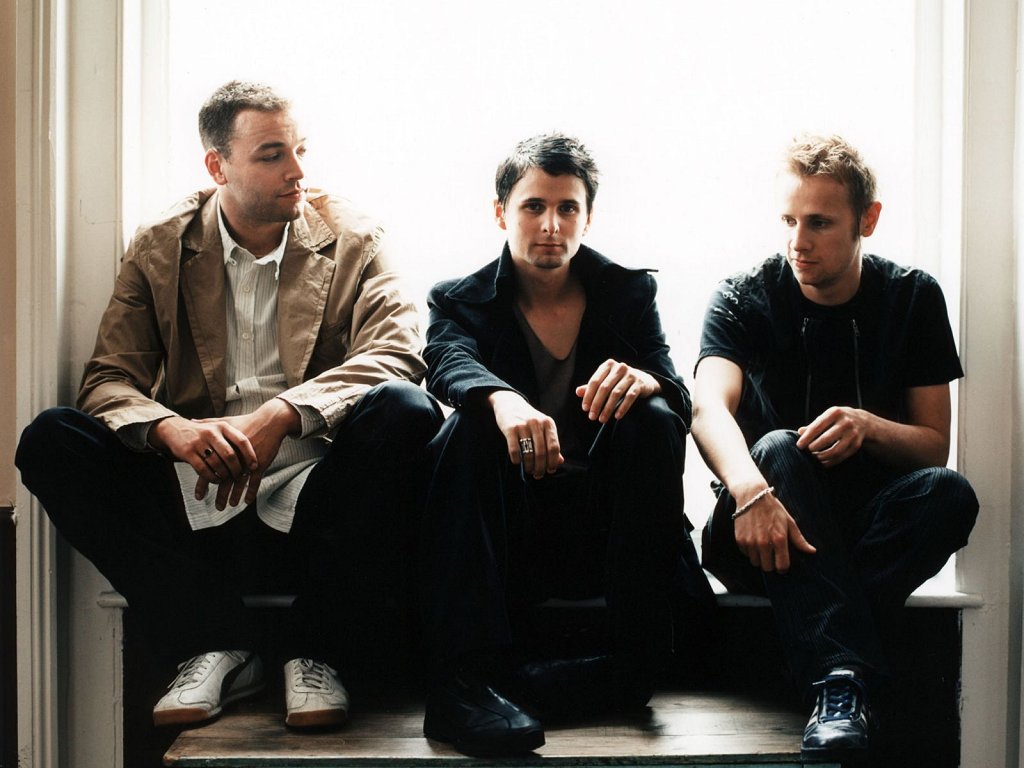 Hello Rocksmith 2014 fans! It’s Friday which means Paul has given us a cryptic hint on twitter that definitely should resonate with longtime fans of both Rock Band and Guitar Hero:

It’s not just the Rock Band Forums meme of MOAR MUSE, though. Through a Steam leak we have seen that there is indeed a FIVE pack from MUSE on the way.

This was brought to our attention by Twitter user @NoahHoskins on Monday, when he was able to confirm the Disturbed DLC to be released the next day.

According to the leak the Muse songs next week are as follows:

A pretty good selection, would have liked to see “Dead Star” or “New Born” but hey, there’s always Muse Song Pack 02. This DLC will bring the Muse song count (including Rocksmith 2011 Import) to 8 songs, tying with Radiohead for most songs available.

I don’t have to tell you Muse is a highly requested band right? This is kind of a big deal.

Still waiting for RHCP dlc to show up. More Jack White would be amazing as well. But it was Rocksmith that got me into Muse because of Knights of Cydonia and me playing it so many times. So I can’t wait to get this doc even though it came out a while ago.

Not a Muse fan. No compliants, though because the songs I’ve played are good. Smashing guitars just is not my cup of tea. I wasn’t fond of the Disturbed pack either, but those songs turned out to be fun to play. So I imagine these will be the same way, but I would rather play stuff I really like a lot. I seriously doubt I’ll ever be anyway a break out a muse song on guitar…but it could happen i suppose.

Can we get more songs from Incubus, RHCP, or songs from artists not on the game? A 5 song pack from Sublime would be a great start!

On an unrelated note, does anyone else kinda hate the new Master Mode? I thought it was cool at first, but now I’m sick of having the notes disappear on me when I don’t have them memorized. Especially when there are parts of the song that I haven’t even leveled all the way up yet.

Good thing you can turn it off

How? Can you do it without using riff repeater?

And it still might grow on me if I discover that it does make memorizing songs much easier.

you can turn it off in the options menu as well

IMO, the new master mode is a double edge sword.

I sometimes find it counter productive when learning a new song because it wants me to have it memorized before I have learned it very well. I understand the part about forcing you to memorize the notes, but i agree it gets there too fast sometimes.

What I have found after turning off master mode is that after practicing a song for a while and multiple times playing it maxed out, my muscle memory begins to kick in and I will just naturally begin to look away from the TV while playing anyway (or close my eyes), thus memorizing the song. Sometimes, I will dim the lights in the room I am playing in order to hide the fret board markings.

I don’t want to “Memorize” a song. I want to “feel” the song and be able to go smoothly to the next note without evening thinking about it. I just don’t believe the new master mode always gets me there, but sometimes it does. It really depends on the song and how many times I have played it before.

I like it, because I find that when a section goes into Master Mode I’ve already memorized most of it, so it forces me to memorize the whole thing instead of relying on seeing it on screen. So this solves one of the problems with the first Rocksmith for me.

RS 2014 fixed a lot of issues, I hope for adjustable setlists in the next version.

I know most seem to hate the 2nd Law, but Animals would have been fun to play. Nevertheless, it’s still a solid track list.

Ermahgerd MUSE! Would have loved Bliss, The Small Print, or Hyper Music, but this is still an amazing pack. I bet many fans of the game feel moar Muse is truly excessive, but the popularity of Knights of Cydonia (in play count in game and on YTube) really does justify the DLC.

My wish list:
-Rage Against the Machine
-The White Stripes
-- Biffy Clyro
(seriously -- go listen to “Little Hospitals” or “There’s No Such Thing as a Jaggy Snake”)

I would love some RATM. What songs do you think could realistically be displayed in rocksmith? I know Morello has a lot of unorthodox techniques (Solo on Bulls on Parade for example).

Indeed. I’m not sure Rocksmith has proper onscreen notation to signify, “Yank the cable out of your guitar and play a solo with the input jack.”

http://www.youtube.com/watch?v=vdC9Lph3AGw
I believe Tim Commerford is also notoriously protective regarding “the secrets of his tone,” which could translate to poor in-game renditions of his unique sound.
Having said all of that, I agree 100%! RATM would be fantastic in Rocksmith!

I would take anything. People of the Sun is probably out. Killing In The Name is pointless because half of it would be cut, lol. Bulls on Parade I would love but the solo makes it tricky. I bet they could chart something over it though (some weird chord-representing-a-palm slides or something) 😛

Fistful of Steel, Down Rodeo, Calm Like A Bomb, Bombtrack… maybe.

I hereby declare December 17th to be Muse Day.

My idea for Muse song pack 02:

Glad to see this coming! But, some Resistance songs should also be there..

We have gotten one Resistance song already, Unnatural Selection was on the original Rocksmith’s soundtrack and can export into Rocksmith 2014.

If you already knew this, I guess you wanted Uprising and/or Resistance?

Really, even MORE muse when there’s so many great bands with must-have songs that aren’t in rocksmith! I kinda have the same feeling with this pack that I did with others like radiohead… a dlc pack is inevitable just good to get it out of the way. (Do like high n dry and creep though)

Yeah, that is kind of annoying. I’m guessing their logic is that if people bought the game, they presumably like some of the music in it, so reusing bands that are already in the game is kind of a safe bet for Rocksmith.

Hell, that news really rocks 😈 can’t wait to shred my guitar with those great songs 😈 😈 😈

Shred?? U can shred with Malmsteen, Dream Theater, Megadeth, Ozzy but u don’t shred with muse…

Bellamy can shred a bit, trust me on that

Troll says troll things. He doesn’t even need to trust you, it’s easy enough to find evidence on YouTube or elsewhere.

While I’m not particularly familiar with Muse, I sense that they have that poppy alt/Rock thing going so yeah no one is looking for shred like tracks coming from them. We need more Satch, and some Vai, and perhaps Yngwie. I would have liked to see Surfing with the Alien more so than Satch Boogie. As a side note if you happen to practice covers outside of Rocksmith, interesting things happen if you enter the BPM and key of particular song into Session mode.

I found the metalhead elitist who thinks metal is the only good genre.

You can shred with Muse. That’s for sure.
If you can’t … Ain’t my problem.
Try to improve …
If you have something to say about the ‘REAL’ masters of shred you are free to post your knowledge on wiki.

Muse is a good dlc band sort of like radiohead without the soul and real talent. They make up for it with lots of well intended noise and overplaying.

Radiohead has a longer and more cohesive track record, and I would agree that Yorke is more talented as a song writer…I also understand why some dislike Muse given how bombastic and “mainstream” they are now.
But to claim that Muse lacks “real talent” is just objectively not true. Not only can Bellamy shred on the guitar, he’s also a classically trained pianist with an operatic voice. And Chris Wolstenholme is one of the most creative and gifted bass players in the world. I’ve seen them live, and it’s downright absurd how rich of a sound they can produce with just 3 guys.

I like Supermassive even though it got played to death on the radio when it came out. Can’t wait to play it.

I hope they never put New Born into the game, because it is just one of the most annoying thing to play on bass

Not even talking about Uprising

That verse riff is a hand cramper.

It should be a 15 song muse pack, but this makes me happy.

Would have liked Exo Politics in there , it being one I wont destroy my fingers trying and failing to play , but I’m really happy with this 🙂

Exo is a lot of fun. Learned it when I first started on bass. It needs to be in the next muse pack.

OHHH GAWD IT’S BEEN OVER 5 YEARS AND I FINALLY GET A MUSE DLC PACK IN A MUSIC GAME I ACTUALLY CARE ABOUT.

Next tuesday is going to be awesome.

Legitimately surprised by Time Is Running Out and Muscle Museum. Expected to see Uprising and Panic Station in their places.

Sub Supermassive with a good song. And I’m all set.

But at least there ain’t any songs from their last two lackluster efforts.

Yes, I agree. You do mean, if one enjoys garbage, right?

i kinda wish they’d just roll out a calendar, but the fact is they’ve not missed a week and even the stuff i dont like has its fans and has been solid picks.